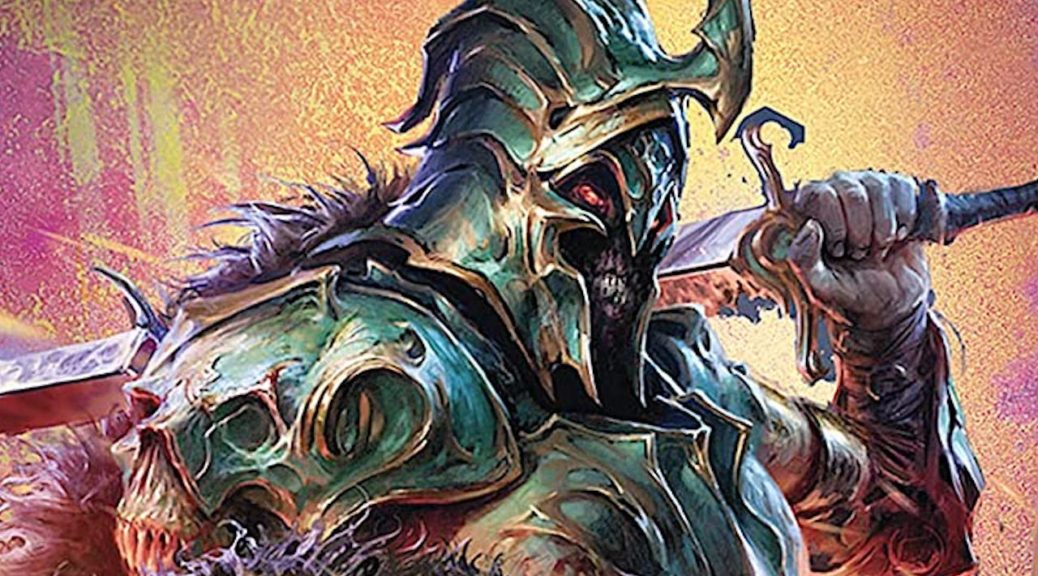 Magic Online gets a lot of crap for being a crap program. There are oral histories and big retrospectives on why the program is the way that it is, and the succession of issues that made it into the behemoth that it is. I don’t like the program personally, finding it clunky and irritating, but it has a big impact on Modern, Legacy, and even Vintage play, because that’s the only place people can play those formats online, and for real prizes.

Modern Horizons 2 is now legal on MTGO, and has made prices shift in some remarkable ways. Let’s dive in and see what has happened online, and what might happen going forward as prereleases happen in person and packs start to get opened for paper play.

Granted, this is only the first week, but MTGO tends to set the trends and try for a more ‘solved’ metagame. There’s a LOT of new fun things going on with this set, and this is not going to be a comprehensive list. Sadly, this will also be obsolete in a month, but if you’re looking to unload what you open at the prerelease or adjust your pre-orders, this is the spot.

Urza’s Saga (Up $25) – The preorders were for about $20, and I wouldn’t expect that price to hold given how much product is about to be opened…except that multiple decks are already using this as a four-of, and that’s before we get to the Commander applications. Amulet Titan loves the idea of a tutor for Amulet that can’t be countered and just happens to have the Amulet show up on turn 3, and then it’s Prime Time.

Affinity decks are hopelessly in love with this card too, and Affinity is going to put more cards on this list. All the steps in the Saga are great for Affinity, and don’t overlook that you’ll get two bites at the “make a robot” ability at step 2. Go find the Welding Jar, or the Signal Pest, or the Pithing Needle you need. It’s pretty silly.

For Commander players, the obvious play is to use it to find the Sol Ring or Mana Crypt, but pair it with Power Conduit and you get to search OVER AND OVER again, finding all of the trinkets you put into the deck. Yes, that works. Put the step 3 ability on the stack, and then use the Conduit to take a counter off. The ability resolves, and when it checks to destroy itself, it’s only at two counters.

Right now there’s a lot at $45 on TCGPlayer, and we’re still in preorder phase until the 18th. I expect to see more lists with Urza’s Saga this weekend, but this is a rare, not a mythic. It won’t hold at $45 once boxes are being opened, especially because there’s a lot of talk about it being banned. If I knew it wasn’t going to be banned, I’d be a buyer at $20 or even $25, but with that hanging over my head I just can’t do it. In six weeks, it might be as low as $20 again.

Thought Monitor (Up to $6.50 from $4) and Nettlecyst (Up to $3.50 from $1) – Affinity is playing a creature with actual Affinity for Artifacts! Stop the presses! There have been versions in the past that played Thoughtcast, but this is just amazing, getting a 2/2 flyer AND two cards for a single blue mana on turn three or four. Nettlecyst is not showing up as a four-of, but it does a credible job of being additional copies of Cranial Plating.

Nettlecyst has synergies with UW artifact builds that play Stoneforge Mystic, being another great target after getting the first Batterskull. In the right deck, with the right board, I can easily see Nettlecyst being a bigger threat than Batterskull. I even found an Emry deck that used Sai, Master Thopterist and Retrofitter Foundry (which Urza’s Saga can find!) to churn out the 4/4 tokens.

Territorial Kavu (Up to $5 after being less than $1) – With fetchlands, shocks, and Triomes, having this attack as a 5/5 is easy enough. The new Zoo lists aren’t playing Nacatl, but are making use of General Ferrous Rokiric as well. Bloodbraid Elf has never been so at home, and this deck alone might keep Scion of Draco from being a bulk rare. If the Kavu is a 5/5, the Scion is a 4/4 flyer for two that gives all sorts of bonuses to the rest of your creatures. The deck looks like a blast to play, and I want it to be good.

There’s also a few cards that have fallen hard.

Subtlety (down to $30 from a high of $70) – The ability to counter creatures is good, but there’s a lot of decks that aren’t willing to pay the two-card cost. Combo cards are rarely creatures, but there’s a chance this climbs up if the two-mana plays of Territorial and Scion really take off. This is mythic, and at full price it’s awesome to counter a spell and get a 4/4, but control decks aren’t going to play a lot of these when they could just be patient and cast Supreme Verdict.

Cabal Coffers (down to $40 from $80) – Coffers had spiked recently, and that really set the preorder price high:

However, this is going to rebound very well. I’m anticipating that it’ll sink down to the $20 range, and that’s when I’ll be getting as many copies as I can afford. We know how good the card is, and this is the first time it’s been available in large amounts. Whenever this stops falling, that’s your buy-in price, and like I said, I’m hoping for $20. Should it fall farther, I’m in for that many more copies, as this is casual gold.