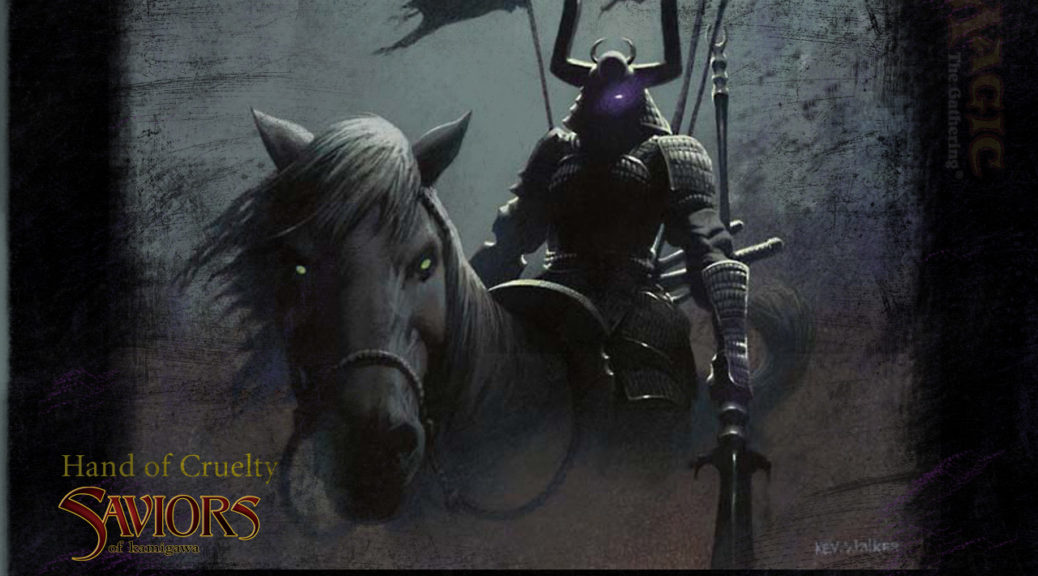 It occurred to me recently that perhaps the best way to judge reprint risk is to assume that Wizards has access to the same data that we do. I think that they do because of course they do, but also they sometimes remind us that they do.

If the first thing that comes to Gavin’s mind when someone asserts that a card needs a reprint is to check EDHREC, whether or not he understands how many decks 1% of every deck in the database is, it stands to reason he has checked EDHREC before. If there were some secret WotC way to gauge card adoption in EDH, would he have? Did he not because it takes too long? Does he not wanting the unwashed knowing he has access to better data? Or does WotC base their decisions partially based on EDHREC? I mean, that’s what I do, so like, on the one hand it’s cool that I’m doing a thing that people at WotC do also which means I’ve figured out the best way to do it, but also, yikes, a little?

If Wizards is operating on the same info we have access to, they might be basing what they deem is worthy of a reprint on raw EDHREC data. If Gavin is saying “only 1% of decks” play Champion’s Helm (3,450 in the last 2 years, or about 500 more decks than run Godsend, a $17 card) to scoff at the idea of Helm needing a reprint, what else doesn’t need a reprint in their estimation? There are a lot of cards that can live in a sweet spot of too niche for a set like Commander Legends which they insist on making draftable, isn’t a format staple, is too expensive to put in an EDH precon or is “only” in 1% of the half a million decks currently displayed on EDHREC. If they’re looking at EDHREC to decide what needs a reprint (or a sexy new retro frame), we should look at what they’re looking at to see what is hiding.

I’m going to start by heading to EDHREC, going to Top Cards from the dropdown and clicking on Last 2 Years. That will take you here if you can’t figure it out from that description. It displays the Top 100 by default, but you can click “load more” at the bottom, which is what we’re going to do. A few times. If 1% of decks doesn’t warrant a reprint, let’s see what’s hanging out around that number.

Does 5% of decks seem like a lot? Because here is what I found when I drilled down to 5%.

Second Harvest could probably use another printing, but maybe that’s just me. At this point, I’ve hit “load more” 5 times and scrolled down to the 500th-most-played card, Whir of Invention. We’re still in the territory of stuff that seems like it deserves a reprint, but we haven’t run out of good cards, yet.

Clearly we have drilled down enough, because it’s at 3% of the nearly 300k Blue decks on EDHREC that we run across a card that warranted a “The List” printing but not an actual one. They don’t seem that worried about a card that was flirting with $50 getting an actual reprint, so we should check a bit more in this area.

Training Grounds was on a great trajectory and it hasn’t been harmed overly much by the inclusion in “The List” printings, which is a relief. I think cards similar to Training Grounds are good places to park money – even if they do get a reprinting, it will likely be a The List printing, which we’ve seen knock maybe 20% off of a card’s price but still leave it on a mostly upward trajectory. What else reminds me of Training Grounds?

I found a few decently expensive cards in this category but they all overlapped with Modern in a way this does not. I think it’s possible something happens in Modern to break Training Grounds, but that’s less a repudiation of my thesis and more, I don’t know, a sick opportunity for people who had a playset of Training Grounds to make some quick scrilla? I think Aesi is on its way to $20 so why not ride the Serpent all the way to value city? The metaphorical city where you get value for your cards, not the furniture store.

There may just be too many of these to nail down a good version to buy. Do you get the $70 foil Mothra with the Godzilla treatment? The $14 promo pack foil? The $18 Extended Art non-foil (probably)? Cards Ikoria and after have some special consideration we need to take and maybe we avoid them until it becomes clear what the move is. All I know is that Luminous Broodmoth feels like cheating and it’s too cheap.

I don’t expect to find a ton of $50 cards down here in the sub 5% inclusion pile, but I also don’t expect this card to stay below $10 on TCG Player for much longer. This hits $20 if WotC continues to ignore it, and given how expensive it is to cast and how feel-bad it can be to very new players, this seems like it gets left alone. I want a brick of these.

After scrolling down a lot more, I came across the card that reminds me the most of Training Grounds so far.

Oh yeah, that’s a Training Grounds, baby. Look at the year it came out, the price, the “mere” 2% of Black decks. If they reprint this, it will be on The List and then so what? If they don’t throw it on The List, GOOD.

It’s suffering a bit of a post-Tergrid hangover, but who doesn’t want to catch it all cheap and easy on the rebound?

I like Quandary a lot, especially if the price continues to drop a bit due to the post-Tergrid glut hitting the market. The next spike will be even harder and I would like to have a bunch in hand the day it does. This is a brutal card, much too brutal to put in a lot of the precons where they reprint cards and yet it’s durdly, much too durdly for a set like Modern Horizons. It’s hard to reprint this, and with it being in “only” 7,000 decks, (albeit twice as many as Champion’s Helm), I think it’s pretty safe.

I’M NOT DUNKING ON GAVIN.

He wasn’t saying anything a lot of the people in the Pro Trader Discord don’t also say regularly. Without context, a card’s percentage or even raw number of inclusions doesn’t really mean anything, but if WotC has a better way of determining what in EDH needs a printing, they aren’t tweeting like it. I don’t think relying on this tweet from Gavin to make all of our financial decisions is prudent, but I think noticing that someone at WotC in a position to decide what cards end up in these products seeming to echo common sentiment that I have made a lot of money from knowing better than presents an opportunity. If the people in a position to reprint cards tell you they’re not going to reprint something, listen. Anyway, that’s my stupid article for this week, I hope you like it and I hope we make some money. As always, Pro Traders get a 48 hour head start before I even think about buying any of these cards. Until next time!