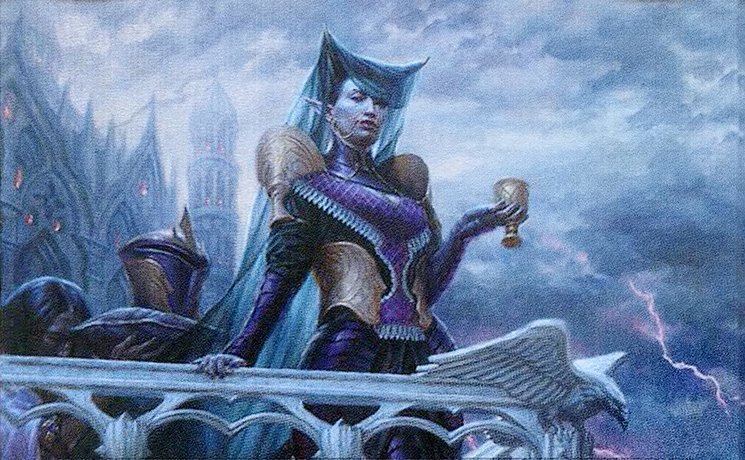 It’s that time of year again, when hope springs eternal and Standard is rotating! Granted, this Standard season is weird because there’s not a lot of in-person play, plus Throne of Eldraine and its successors really overshadowed lots of other cool things to do.

Whenever it’s rotation season, I like to look at Standard cards for their Eternal (Modern, Pioneer, Legacy) or Casual (Commander and to a lesser extent, Cube) appeal. If it’s seeing play in one of those realms and there’s a lot of copies about to be put on the market, I’m interested. With that in mind, let’s look at some cards!

One thing to keep in mind is that these are cards I like at rotation, when hopefully their prices slide by 10-20%. I’m not advocating you run out and get them now, only that you put these on your radar. I’m listing current prices, and while I’m hopeful that they get cheaper, they are unlikely to get a whole lot cheaper. The pandemic is also a factor, as people might have sold off their Standard decks already, or aren’t bothering to trade/sell the cards they have because there’s nowhere to go play.

There’s more than a few unknowns, but I’m operating with a hope that things come back and this acts like other rotation seasons.

Oko, Thief of Crowns ($14 up to $100ish) – I know, Oko is banned everywhere, but this is a Simic card of undeniable power. This is already the most powerful color combination in Commander, and you’re picking up a premium planeswalker at its lowest price. You’ve either seen it in play, and seen how it wrecks a lot of board states, or you’ll just have to trust me that it’s amazing.

It’s also worth noting that the borderless foil version of Oko is back down to the $100 range. In fact, there’s one all the way down at $90. Oko is unlikely to get banned in Commander, so put that fear aside. Given the wide range of bans it’s already suffered, reprints are pretty unlikely unless they go for Secret Lair: Format Warpers or something like that. I don’t think it’ll slide all the way to $10, but this is a card with a lot of potential and a very good pedigree.

EA and FEA Castles ($1.50 up to $20+) I don’t like buying the regular versions of any of the five Castles, but the Extended Art versions are a good pickup, in regular or foil. Sure, they were available for cheaper last year when supply was at max, but they are all played in enough decks and have such a low drawback that they are worth it. I’m bigger on the nonfoils here, because I think they have more room to grow, but as people sell off their manabases, I want to be there to hand them cash.

Syr Konrad, the Grim ($1 to $4) – Brace yourself, as this card is in more Commander decks online than The Great Henge. There’s no Standard play for this Knight-who-I-always-think-is-a-Zombie, but clearly, there’s a demand for the uncommon.

On TCG, it doesn’t take a whole lot of copies to sell before you’re looking at $7, and then your next plateau is $10. Now’s the time to get a few for a later double-up.

Fabled Passage ($6 up to $40) – Given the large number of old-border foils being handed out at your friendly LGS, that’s the version I want most. It looks great and the pedigree is real: nearly 70k decks online with this also being the only option for a fetchland in Pioneer. I think you should pick up the cheapest NM versions you can find, anything under $8 feels right to me.

It’s notable that the FEA versions, both the Eldraine and the Core Set printings, have never really stopped tumbling and can be had for a whole lot less now than early on. Picking up a sweet version of a mega-staple at its lowest price can’t really be wrong, can it?

Drown in the Loch ($3 to $8 or $20) – Seeing play as a 2-4 of with Ragavan and DRC in Modern Grixis decks, this has a lot of potential. Rogues is a top-tier deck in Standard, and this is one of the key pieces. I expect the nonfoils to drop a little as people sell off what they can, but a complicating factor here is the Secret Lair drop from April, which should be arriving in late August. There’s a Mystical Archive version of DitL and that one is preselling for nearly $20 right now. We will see what demand is like when the cards arrive, but being a good card in a very popular deck is often a formula for big paydays. I’d stay away from the pack foils, as the SL version will likely soak up a lot of attention. Buy the cheapest copies when they hit the floor.

Ayara, First of Locthwain ($3 up to $27) – Another card in 13k decks online, Ayara is not going to go away from dedicated black decks. There’s no Eternal appeal here, and not a lot of cubes have this sort of mono-black devotion. I will say, the Historic deck that chains Ayara into Obliterator into Gray Merchant is a whole lot of fun to play! The basic nonfoil has crept upward this past year, meaning that the casual demand is real. Ayara’s mana cost meant she wasn’t used in any of the sacrifice-themed decks, and if she trends down a little, there’s definitely some long-term profit to be had.

Torbran, Thane of Red Fell ($1 up to $35) – Mono-red is rotating and he’s in 13k decks on EDHREC. The EA and FEA versions have a higher price already, and I’m looking to buy in when they dip lower. No one is going to be selling FEA versions at rotation, but these regular copies should go a bit lower and then be a very appealing target for buying a brick into buylisting a brick. There’s some risk of reprint in a Commander deck–this is exactly the sort of card one would put into a precon–but that risk is baked into lots of things now.