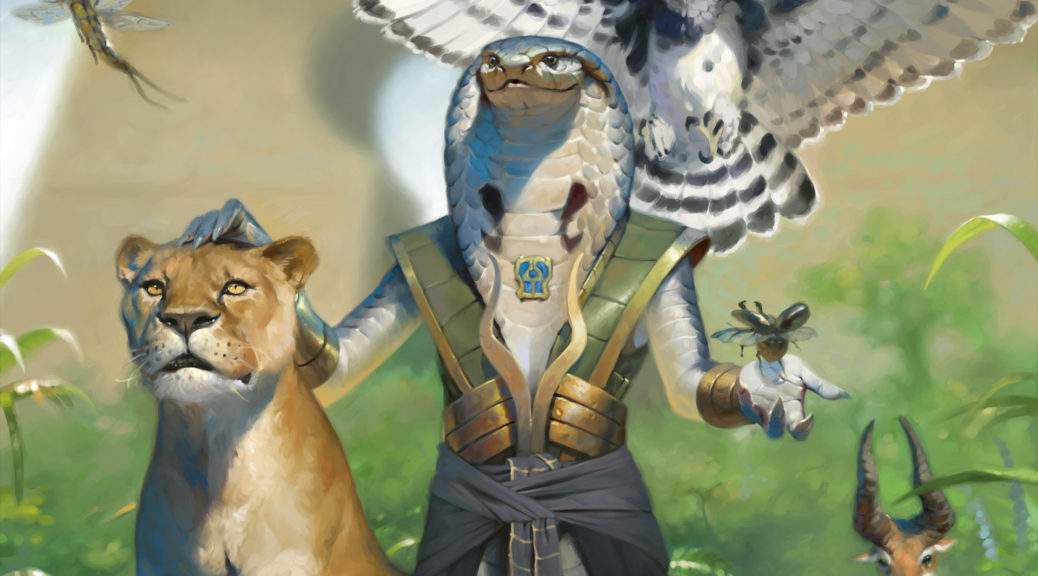 I have mostly talked about how popular the AFR commanders are relative to each other, which is useful for determining the degree to which a new card from, say, Asmodeus is limited in its potential impact relative to a commander like Prosper or Volo. That is very useful (I think, otherwise why would I do it? Like, at this point am I trying to convince you or myself? How bad does it look that I’m trying to convince anyone of anything without anyone asking me to? Pull it together, Jason. Focus. You got this), because it lets us focus on the truly popular commanders first which have the potential to move cards, if not the farthest, at least the fastest.

The thing is, there are gaps, and without any context, it’s tough to know how big those gaps are. What do I mean by gaps? Why tell you when I can SHO-… whatever, here’s a picture to look at.

The gaps to which I’m referring are, for example, the gap between the 343 Prosper and 250 Volo decks. That’s a gap that could or could not matter. 100 decks seems like a lot, and relative to the number of Volo decks, it seems like it should be a lot. The difference between first and second place here is more decks than were built around Oswald Fiddlebender, a card that made people say “ZOMG BIRTHING POD FOR ARTIFACTS BAN INCOMING.” Still, we have been saying “Prosper is #1 and Volo is #2” (Volo was #3 last week; Tiamat fell off hard) without acknowledging how profound the gap might be. The gap between Prosper and Volo is half the amount of Volo decks there are. That seems like a lot. Is there a way to contextualize the gap? Well, it turns out there is, and it’s… kind of not pretty.

Lately I have mostly been looking at ranking the commanders by set because there is a new set every few weeks and I just want to see what’s moving relative to the other commanders in the set. If we have more time like we do now, it helps to plug in commanders from other sets, something you can do on this page. This is the top commanders of the last week, and you can do last 2 years and last month as well. Does checking the top commanders of the last week fill in the gaps between Prosper and Volo? It does! And the results sort of threw me for a loop.

If you look at the decks registered in the last 7 day period, the period where Tiamat went from second-most-built in AFR to 4th and Volo went to 2nd, Volo was NOT second overall that week. Prosper at 220 decks is #1 and Volo at 138 decks is… #13. More people buit Golos than Volo. I mean, more people built Ur-Dragon than Tiamat, which is in itself a pretty scathing indictment of the erstwhile #2 commander in AFR. More people built Ur-Dragon, Korvold and Kaalia than Tiamat last week. More people built Sythis, a commander that, and I can’t stress this enough, does not have a win condition (I wrote an article about it in case you care) than Volo. The gap between Prosper and Volo is ENORMOUS. You can fit an entire format in the gap between Prosper and Volo. More people built Anowon and Lathril, the precon commanders from Return to Return to Zendikar, than built Volo. Volo is not #2, Volo is #13. Volo is sucking the tailpipe of Atraxa, ATRAXA. Do you have a Atraxa deck? Cool, good for you, I’m not talking about you unless you saw AFR come out and said, “yeah, you know what? I’m going to need to build a precon commander from 11 years ago. I have some great insight on how to build the most popular commander of the decade today, in 2ktwenty-one.”

“But Jason,” you’re probably saying to yourself, “what about the new cards from AFR that are so good in Atraxa, people had to update their lists. They’re probably not new decks, they’re probably updates.” That’s a really good point, let’s look at those new cards.

Yeah, I don’t know if that’s the case.

I don’t bring up the decks between Prosper and Volo to say we should be digging into Osgir for potential specs, per se, but I did want to mention that when you pan out and look at the format, a lot of the “#1 commander in the set” commanders don’t make the list for the two years, or even the month.

Sweet, how did Extus do this month?

103rd, right above Marrow-Gnawer, a deck that got, what last month?

Sweet, very sweet. This is how much Extus, the #1 commander in Strixhaven was built in the last 30 days. Now, the set is older than 30 days old, and there are 1206 Extus decks total, good enough for a rank of 127th overall in the last 2 years, which isn’t shabby. So it’s 1st in the set, 102nd for the month, which is a huge drop-off, but then it’s 127th for the last two years, which is NOT much of a drop-off considering it’s only been a few months and some of the decks it beat out have had two years to get built.

Extus was built as much in two months as Kruphix was built in two years. Granted, it’s been a LONG time since Kruphix was new, but all context is worth looking at. If we’re interpreting the numbers the way I think they should be interpreted, people aren’t sleeping on Extus, it’s in the top 150 of all the decks we measure and it’s only been built for a couple of months, but it’s basically not being built anymore. It did 90% of the work it did to climb to the 127th spot the first month. Why did that happen? Put simply, there are too many products.

Before the set even came out, I brewed Extus Goblins, which isn’t revolutionary maybe, but it’s not a deck I saw anyone else brewing. Ask me how it’s performed on camera.

I didn’t even finish the deck because 5 sets have come out since Strixhaven back in… MAY. I have built two different decks since, neither of them Extus and I don’t know if I’ll ever finish it.

People have less time to build their decks with new ones coming out constantly. What does this throw off? I have no idea! But I am going to posit that the Extuses of the world have their staples languish a little bit while the Prospers of the world, er… well.. experience success (I’m not going to say prosper, I’m not a hack).

So let’s wrap this up with some specs, and let’s start off with one that sort of undermines my hypothesis a little bit and also makes me look like I don’t know what I’m doing.

Twinning Staff is currently basically selling out because, despite being the 13th-most-built commander this month, it’s still a good card in a deck built the second most in a bad set. Twinning Staff HAD a lot of copies when I tweeted my tweet literally 48 hours ago and in that time, a bunch of copies vanished and I talked about this card on BSB. No one has even heard the episode yet. I thought I had time to bring up this exchange on the podcast and clue people in that I had noticed inventory was moving, but no. Twinning Staff is, in fact, good in Volo and enough Volo is getting built that a card from literally last year’s EDH precons is in play. That’s sort of the thesis of what I talk about every week but when someone asked about a card I hadn’t considered, I thought cards released in the last year had too much supply.

Could there be anything else in Volo that is just taking its sweet time going up?

With the exception of Twinning Staff which was at $2 and a million copies when I first started looking at Volo specs, this is all format staples. The high synergy cards aren’t much better.

This is all format staples. I wish I’d bought in harder on Spark Double a year ago, I wish I had bought in harder on Tendershoot Dryad two years ago but overall, this is $0.17 that will never be a dollar and cards that are expensive because every deck with Green printed in the last year wants Second Harvest and Beast Whisperer.

With so much garbage, it’s either excusable we overlooked Staff or inexcusable because everything else is so obviously bad. But like with Uba Mask, we have to dig deeper so let’s dig deeper.

I’m not just picking something to pick something – I legitimately don’t hate Syvlan Caryatid at its current price.

Caryatid has demonstrated it has the ability to get to $13 with some help from other formats. You know what else currently costs less than that $13 it got to at one point?

The Buy-a-box foil, something Ck no longer has NM copies of. Just sayin’. I like a former $13 at $6 for a unique foil promo, and I like the non-foil under $5 a lot. This seems like a card that Modern could make a real pick again.

This is already beginning to shake off its Double Masters reprinting. If you can get these under $5, it’s clearly on its way to $10, but another reprint likely spells doom. I am no longer a believer in the “some cards can shake off unlimited reprints” wisdom from 5 years ago.

If a card gets punched every year, there are only so many times it can get back to its feet.

This is done getting reprinted. It’s demonstrated its ability to hit $10 before and it has Beebles on the good art. This should be in more decks and thanks to Volo, it is. I think Cloudstone Curio is too high a buy-in but I like it for the same reasons – Curio is obviously better but Equilibrium is just fine and is a pet card of mine, as is…

Not that Trade Routes is a Volo pick, just sayin’.

I made fun of people for playing Realmwalker which is a bad, narrow version of this. “People shouldn’t play Realmwalker if they don’t play Vizier of the Menagerie.” Well maybe people are going to start playing Vizier, which they should do before they play Realmwalker. Vizier is better than it has performed lately, but it’s flirted with $10 before and I bet it gets there again, which makes those $5 copies pretty alluring.

I miss things and I have biases but I am not asking you to copy my picks, I am teaching you my method and I hope it works for you as well as it’s worked for me. EDH is real weird and with a new product every month, it’s tough to stay on top of it, but it’s worth it. The best time to buy cards was 1993, the best time to sell them is don’t sell them, they keep going up. Buy more copies than you need to play with and you’re like 75% of the way there (get it?). OK, I’m done this time, I promise. Until next time!