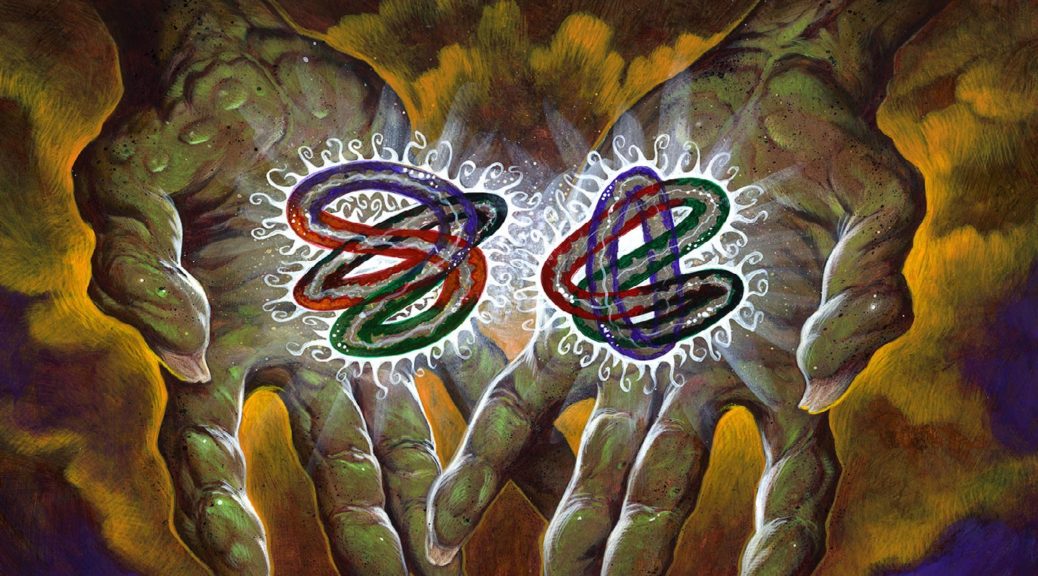 It’s easy to look at the big movers and shakers in formats like Modern and forget about the little guys, but it’s often the little guys that can end up making you the most money. The big cards like Ragavan and Lurrus are likely past the point of speculation, and so we need to dig a little deeper to find some of the cards that people aren’t necessarily paying the most attention to, but are still important parts of the metagame. Four-ofs that give a deck consistency, sideboard cards and more play these roles, and so that’s what I’m looking at today.

It’s hard to believe that we’ve only just had the third ever printing of this card, but here we are. The common that was first released 15 years ago in Dissension has only since seen reprints in Masters 25 and now the Adventures in the Forgotten Realms Commander decks. It’s always been a popular EDH card – in nearly 18k decks on EDHREC to date – and has dipped in and out of the Modern meta over the past few years as well, notably in Ponza and midrange decks, and most recently being a staple in both the Enchantress and Elementals decks.

This consistent popularity across multiple formats has led to a steady price increase over the past couple of years, making for a $7-8 common and $30+ foil. There’s a lot more supply around with the new Commander decks being released, but prices are still $8+ for those and I don’t know that we’re going to see that going down to be honest. This influx of new supply is quite a lot, but it’s going to get sucked up by EDH players relatively quickly, and CardKingdom is already paying $6 cash/$7.80 credit for the new copies on their buylist which is a huge indicator that they’re very bullish on it.

I quite like grabbing a stack of $7-8 Utopia Sprawls here, and if you can find any foils on the cheaper end (A25 under $30 and Dissension under $50) then you’re probably going to do well too. All versions are a little cheaper in Europe right now but not by much at all, and supply is similarly low for older copies and foils. This is a card that’s going to be heavily played in EDH forever and likely to be a reasonable part of the Modern meta for the foreseeable future, and given the fact that we’ve just had a reprint I think you should be safe there for a good while.

Engineered Explosives used to be a huge part of the Modern meta, and could be found in a huge proportion of sideboards across a large range of decks. It did fall out of favour for a little while, and that coupled with its reprints in both Ultimate Masters and then again in Double Masters tanked the price for a while. However, its popularity is back on the upswing and with that copies are draining out of the market and prices heading upwards again.

Explosives got as low as $3 last year, and so if you were in on copies back then, more power to you – but I think that there’s still good money to be made on the $15 copies. The fact is that supply has been draining and even for the Double Masters version, the ones that should be in the most plentiful supply, there are only 23 NM non-foil listings on TCGPlayer and fewer foils. We have a few different printings of the card but all are in short supply, and I think that you’ll do well on anything you pick up now. The Inventions are the only ones I might not advocate for right now, but even then if you snap off the cheapest copy on TCGPlayer ($120) you’ll probably make money on it; there are only five listings for it and they ramp up steeply.

This is also a great arbitrage opportunity, because Europe hasn’t caught up yet and still has a bunch of €5 ($6) copies available alongside €30 ($35) Box Toppers and €50 ($60) Inventions. If you need any copies for Modern then scoop them up quickly, because I think that prices are going to keep heading upwards for a fair bit before we see another reprint.

I’ve written enough about the Companions from Ikoria before that you should know I’m generally a fan of them as specs. Lurrus is still dominating in multiple formats (and is currently the most played creature in Modern), and Yorion and Obosh are still relevant in Modern too. Now with the rise of the Elemental tribal deck, Kaheera has pushed to the forefront of the meta too, having previously been relegated to just being a ‘free card’ for creatureless control decks to play as a Companion.

It may only be played in a couple of Modern decks, but it’s relatively popular both as a Companion and as part of the 99 in EDH and supply has been dwindling on FEA copies for a little while now. TCGPlayer is down to just eight listings for NM foils, and so I’m looking at Europe for cheaper copies instead. Over here you can still pick a reasonable number up from €5-10, including some Japanese copies if you’re feeling particularly spicy.

These should make for a nice flip and short hold – there’s no more Ikoria supply inbound and I highly doubt we’ll see another FEA Kaheera printing for a little while to come, so you should be good to grab a few of these confidently. I’d also take a look at some of the other popular Companions that haven’t quite popped yet, because the same logic applies and I’d expect to see them following the same path before long.