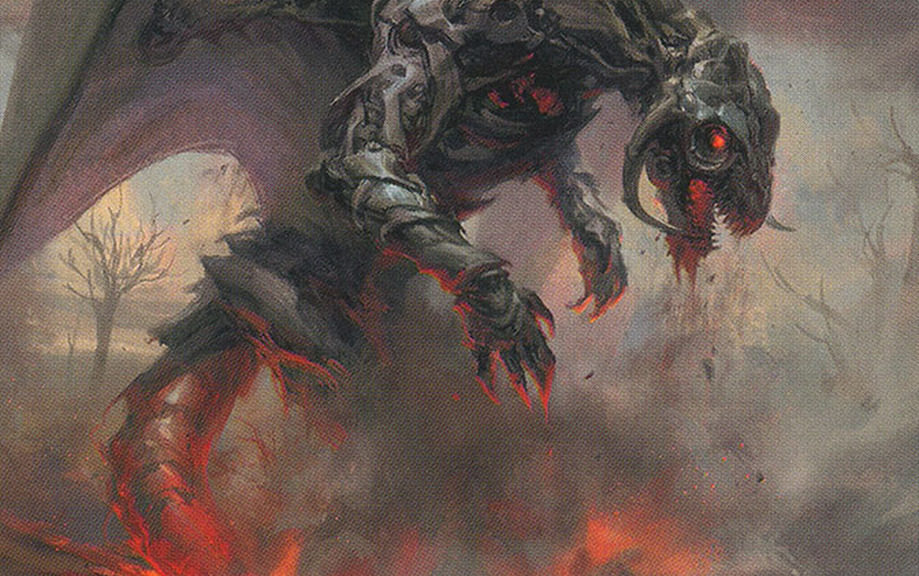 I’ll get back to rotation in a week, but right now, we need to talk about the fact that Modern Horizons 2 is at some impressively low prices. This isn’t about the big name of Ragavan, but more about the casual staples that took a big dive, and see if we want to get in at these prices.

One thing I want to note: Because there’s been an impressively large amount of MH2 opened, a lot of cards have really crashed. We can’t overlook how several of the cards hadn’t been reprinted since the early 2000s, and those prices were more about the scarcity than the demand. We need to keep in mind that while these have potential, none of these are projected to gain quickly.

Patriarch’s Bidding ($1.50) – The nonfoils from Onslaught were up to $60 this summer, but you can get this for under $30 now. The casual appeal is possibly there, but there’s only a bit over five thousand decks on EDHREC that are using it. That’s too few, frankly. This should be in every tribal deck which has black as a color, because while you might give the other players some creatures back, you’re getting everything back.

My only concern with buying in on this card is that with it being so cheap now, it’s a prime candidate for inclusion in a Commander deck in the future. If I knew it would never be printed that way, I’d slam dunk a big stack of these because of the potential for abuse. It hasn’t gotten featured on a Commander video yet, but this is a star in my Zombie and Dragon decks. Plus, buying in so low, it won’t take much to raise this up to profitability.

Sterling Grove ($2.50) – This was as high as $17 for the Invasion version before the reprint, but it’s only down about $5. More than 8k decks have this registered online and we keep getting support for GW as an enchantment color pair. I’d expect this to climb back upwards nicely, but I’m not expecting any sudden gains–just a slow, steady climb right back into the land of profitability.

Riptide Laboratory ($0.50) – The original nonfoil is down to $9, but this is criminally cheap for one of the best enablers around. Once in a while, someone in Modern tosses a copy in their deck in order to maximize Snapcaster Mage shenanigans, but this is a casual card through and through. Given that the card is in a similar number of decks as Bidding, that’s a lot of Wizard tribal decks out there. The presence of a $9 nonfoil, in old border, represents a clear ceiling for the price. If you’re buying in for fifty cents, though, you’re mass buylisting these at $2 in a year to 18 months.

Mirari’s Wake ($5.50) – This is probably the safest bet on this list, as a mythic and because it’s already 22,000 strong on EDHREC. Yes, there’s more than one reprint: Conspiracy, Commander 2017, and a Pro Tour Promo. Plus, there’s a borderless version that has foils under $25. I like getting some borderless foils now, and getting the cheapest versions as well. The borderless foils should appreciate nicely, as the art looks great and only so many people want to shell out $200 for the original pack foil.

That graph, showing me that the card has dropped significantly, tells me that I want to own more than a few copies of the card in question. Casual demand is strong enough hat despite the repeated reprints, it’s rebounded. Get in while it’s cheap.

Ignoble Hierarch ($10) – Noble has gotten a lot of printings, and rebounded until she got three in a year. Plus this Ignoble isn’t a Human, and that’s a big deal. Still, there’s a shortage of mana dorks that have relevance later in the game, and this being the only printing is going to go a long way. The Commander appeal isn’t really present, so I want to get the cheapest version of these, and sell out when someone makes Jund come to life once more.

Kaldra Compleat ($11) – Batterskull’s combination of a reset function, lifelink, and vigilance will probably always ensure that it’s the most popular Stoneforge target, but this is showing up as a secondary choice. This ends the game FAST, being a 5/5 with trample, haste, and indestructible, but it’s terrible on defense, lacking that key vigilance. It’s relatively popular in Commander too, getting put into a lot of decks for only having been available for a couple of months. Go for the cheap versions here too.

Priest of Fell Rites ($0.75) – I’m very fond of this card as a reanimator, something you can use more than once or recur in some way. It’s a great way to reanimate aggressively for something like Archon of Cruelty or Angel of Despair, or just value in Commander. The addition of Unearth to something like this is extra fun, as you can just mill yourself silly. I like picking up a brick of these now for future buylisting.

Scion of Draco ($4) – Given Modern manabases, this is not difficult to have at two mana on turn two, fetchland into Triome and then fetch for a shockland. Sadly, it lacks haste or haste enabling, and while two mana for a 4/4 flyer that gives some bonuses is good, it’s not gamebreaking. Yet. Since this is a mythic, there’s less copies out there, and something that should have nice gains on a long timeline.

Fetchlands: Go get the Modern Horizons copies you need. They have officially reached their lows, and the FEA copies are notably cheaper than the OBF versions. The large amount of copies that have been opened have made their way onto the market and the price is right. If you’ve been patient, it’s time.