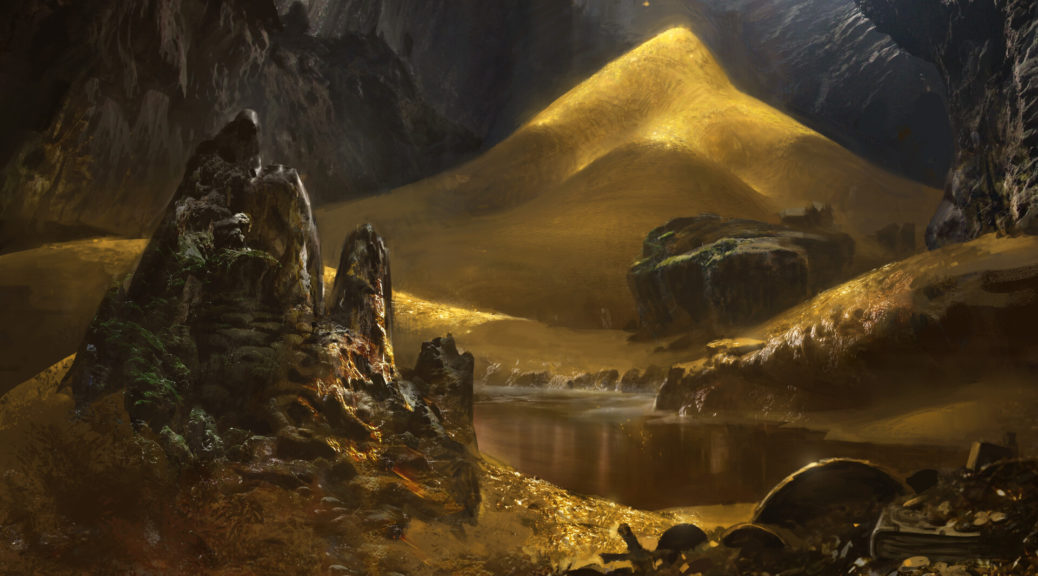 Adventures in the Forgotten Realms gave us quite a few new toys to play with in terms of Treasure use and generation, and it’s started to become a more popular theme amongst the EDH crowd. I was going to just write about AFR cards today, but instead figured that there are some much better options in other recent sets as well, so we’ve got a good range of Treasure-related goodness for you to plunder today!

I think that a lot of the Showcase cards from AFR are being undervalued at the moment, with a lot of the value from the set being stored in the Mythics and Borderless cards. Some of the most popular EDH cards (and cards in general) have Showcase versions as their premium printing though, and so I think that now is a good time to be looking at buying some of them.

We got a lot of new tech for Treasures in AFR, and have seen cards like Revel in Riches spike as a result. A lot of the time Xorn reads “double your Treasures”, which can turn into a lot of mana very quickly and/or make for nice interactions with ‘artifacts matter’ cards and the like. In fact we have enough cards that make and interact with Treasures now that you can build a whole EDH deck around them, and I can bet you that Xorn is going in every single one – it’s currently the top red card from the set at 1600 EDH decks on EDHREC, and the third most popular card overall.

There are only 30 listings for NM foils of the Showcase version on TCGPlayer at the moment, with almost all of them being under $5. I really don’t think that that price is going to be correct in 6-12 months, and $10+ is likely to happen sooner or later. I don’t see Wizards reprinting these DnD Showcase versions again any time soon, so you’ll be safe on that front for a while to come.

Another of the best Treasure-generators that we’ve seen recently is Academy Manufactor, and this is one that also makes Clues and Food for you as well, meaning that your artifact count is going to go through the roof pretty quickly with anything that makes any of these tokens. Not really much of a Modern card out of Modern Horizons 2, but I guess not everything can find a place in that format. Not to worry though, Manufactor is one of the most popular EDH cards from the set, just missing out on a top 10 spot at number 11 on EDHREC (going by raw number inclusion rather than percentage).

EA foils are already running in lower supply; we’re over two months out from MH2’s release now and copies are starting to dwindle away. MKM does have some EA foils a good bit cheaper at around the $5 mark, but there aren’t many listings there either. I don’t know if we’re going to get another wave of MH2 product, but if we do then I’ll likely just be using it as another opportunity to buy these slightly cheaper again. Either way, I think the outlook on Manufactor is pretty strong, and 12 months out this should be a $25+ card.

For our last pick today, we’re going all the way back to Kaldheim – which was admittedly only six months ago, but we’ve had six different product releases since then along with a whole slew of new announcements, and so it does feel like it’s been quite a while. Magda, Brazen Outlaw has become quite popular both as a commander and part of the 99 in Treasure-themed decks as well as Dwarf tribal builds, and the Showcase foils have been creeping up in price.

You don’t even need to be doing Dwarf things to make Magda good – so long as you’re reliably generating treasures, you can go and search up dragons to your heart’s content and start swinging. She does quite a lot for two mana, and although can be quite a fragile creature, that hasn’t stopped her popularity. We’re down to just 22 listings for Showcase foils on TCGPlayer, and a similar number over on MKM albeit at slightly reduced prices.

I like snapping off a few copies here and looking to flip within the next few months or so – although I don’t think that we’ll see this Showcase version reprinted any time soon, this should be a relatively quick spec to mature and you can move your money on into other things.