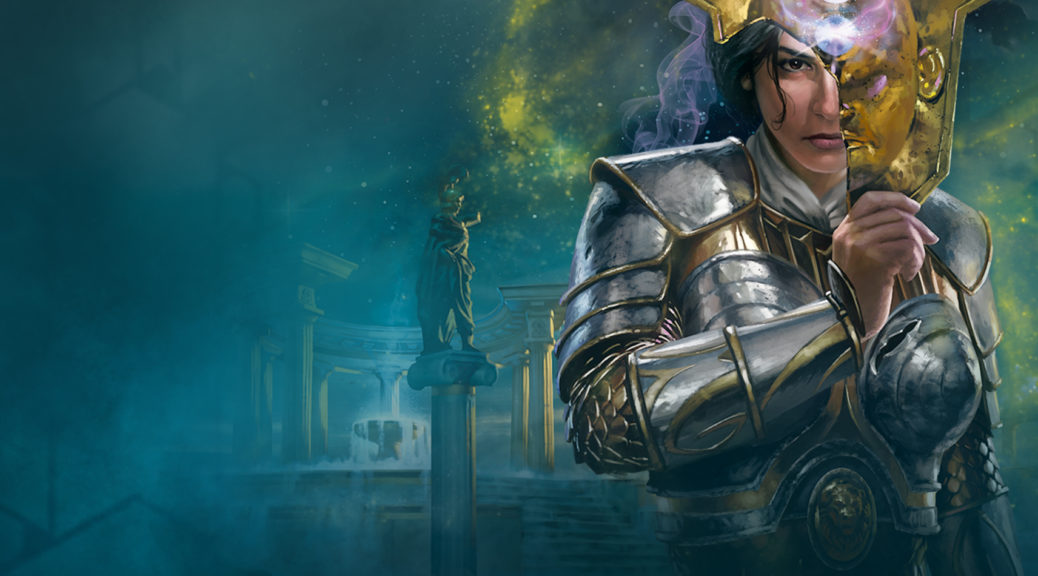 Readers!
Last week I invented a new thing that was… well it was barely an invention, I literally just decided to compute some ratios, but since I haven’t seen anyone else doing it, I’m going to call it an innovation.  Reaction to it has been generally positive but there was perhaps a flaw in my implementation if not the methodology. Applying this metric to prices that were still settling can introduce a lot of noise and it’s hard to determine whether any unexpected results are because the model is bad or because the price is in flux. I think taking the model for a spin with the data we looked at last week has some merit, but now that I have no immediately ruled out using the model again, why don’t we go back and look at some picks we made using our gut and check them out versus the numerical model?

Earlier, I looked at Theros Beyond Death as a set and made some selections. Can we find flaws with my picks, discover cards we might have missed or, potentially, discard the model in favor of continuning to use my gut? It doesn’t hurt and, besides, a reader suggested that set specifically, so who am I to argue? Let’s review my picks, shall we?

First up, let’s check these and see if any of them look really putrid on the basis of our new metric. To refresh our memories, we’re dividing the price on CK by the number of (thousand) inclusions on EDHREC to estimate the price per number of inclusions. The smaller the number, the better. Let’s check our work.

This card’s score is 0.54, which is pretty high based on other cards we’ve seen. Now, granted, those were cards whose prices haven’t fully developed yet, but isn’t that what we want? Cards whose prices haven’t matured can be wrong and we can buy them at an oppurtune time to make some money. I think 0.54 is high based on the standard set by cards like Harmonic Prodigy, but last week we like quite a few cards over 1.0. I’m going to call this a confirmation of our model since we liked this card and the model came along and gave it a score under 1.0. So far, so good.

We got a 1.68 for the extended art Nyxbloom (albeit a mythic, with a higher ceiling than a rare) and a 0.58 for the regular art, which I like a lot more. I think a 1.68 isn’t actually that bad for a mythic, and I love the very low value for the regular art. This is a mythic that’s played a ton (albeit not quite as much as Thassa’s Oracle which overcame being non-mythic no problem by being a cEDH staple). I still like Nyxbloom, and since it’s mythic, I like the non-extended art, too.

Our number for Shadowboi are 1.46 for the (holy crap $38) extended art version and 0.96 for the regualr art. These are not great numbers but they’re not terrible. The ship has mostly sailed – Shadowspear was gettable at $15 last July which sucks, but I think there’s still meat on the bone here. Besides, if you reread that article, I basically said as much then – it’s late to get spear but I wanted to use its price as a graphical endpoint.

We got 0.43 for the extended art and 0.32 for the regular. That tracks – the extent that Breach is played in EDH coupled with how explosive it is in other formats makes its low price puzzling. I think this is underpriced in all versions, and our data bears that out. It’s nice to have my suspicious confirmed by math, even if the math is still a little dubious because I made it up.

Intervention is a little different. I didn’t love the $8 price tag on the extended art but that is still a DPI of 0.5 for the extended art, which makes the $3 regular copies downright enticing at a DPI of 0.19. I don’t know why this card is lagging behind everything else in price when it’s in 16,000 decks on EDHREC but I’m not here to argue with data, I’m here to do mental and mathematical gymnastics until my numbers look like I’m smarter than I am.

0.48 DPi for the $5 extended art and a DPi of 0.14 for the regular art makes me think I am on to something. Remember, we’re not able to just target cards that are cheap because a $1 card that’s in 500 decks gives us a DPI of 2.0 which we’ve decided is too high – we need a card that’s in lots of decks, like the 10.4 thousand that Woe Strider is in. I love paying a buck for a card in over 10k decks and this is that card. Or, you know, one of them.

The crazy constelllation promo has a DPI of 1.3, which is lower than I expected at a buy-in of nearly $20, but it’s played in almost 15,000 decks so I could see it. The non-promo version is on a buck cheaper on Card Kingdom which makes it DPI a slightly better 1.23 which is still over 1.0, which I… guess is a good place to call it a threshold? For a mythic, maybe a DPI of 1.5 below is attractive and we set it at 1.0 for a non-mythic? I’m still working the kinks out, but so far we have identified pretty solid numberical support for cards we picked out on the basis of “I like these as specs” in a pre-DPI world. Just picking out some cards I didn’t like on the basis of my “gut test” from that set, we have cards like Klothys at 2.77. That said, we overlooked Setessan Champion with a DPI of 0.21 so who knows? Was I wrong to discount Setessan Champion? Perhaps – it’s a $2 card in almost 10,000 decks, and isn’t that the kind of thing we want?

I’m not sure if this DPI calculation is going to yield good results or not, still, but on the basis of using it to verify card I picked using other methods, it seems like we identified a lot of good candidates and none of our numbers were surprising, really. That makes sense – I wouldn’t have said a $40 card in 11 decks was a good spec nor would I have failed to pick out a $1.50 card in 20,000 decks. If nothing else, we’re going to be able to assign a value to every card that gives us another way for cards we may have overlooked to jump out at us, and even if the numbers are wrong, a rough first pass to catch anything that sticks out is just that and not the be-all end-all of spec identification.

That does it for me this week. Join me next week where we’ll really be getting deep into some numbers because we don’t have any Team Jacob spoilers yet. Until next time!