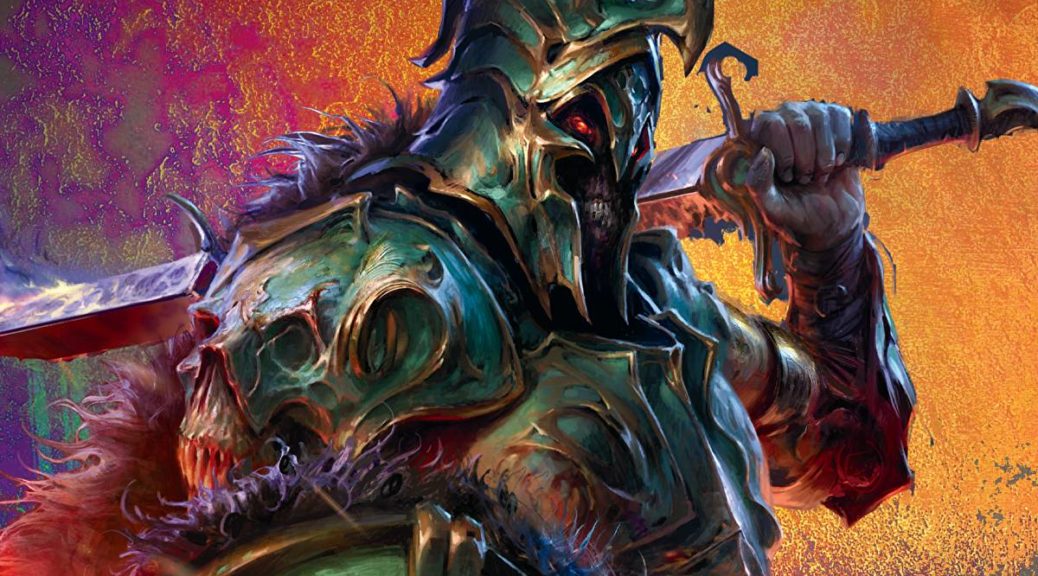 I was pleased with how the Ikoriarticle and the article the week before about the one the week before about Theros turned out, but I couldn’t really find any other sets that felt “ripe.” In looking at how Ultimate Masters might be a good predictor of what we can expect for reprints in the upcoming Commander Legends 2, I realized that there isn’t always a clear reason prices are the way they are at a given point in time, but usually over time, things make sense. If card prices are going to go the way they’re going to go eventually, any metric we can use to identify the cards that are underpriced is useful.

I decided to try and see if we could use math to try and invent a new factor for determining if the card was correctly priced or not. It’s not going to be perfect and it may not be good, but if the metric picks out cards that “feel” underpriced, then we may be onto something. This is bound to be a deeply stupid exercise and considering I’ve already apologized twice for it in two paragraphs and have decided to power through and do it anyway, I may need to apologize a 3rd time later in the article. Also, you don’t have to like this or agree with it because all I ever wanted from this column was to make you think like I do about EDH singles and make up your own mind. You know what’s even less scientific than the stupid metric I’m going to make up? That’s right, when we look at the scores and say “Hmmm, that seems wrong” which is the exact method we’ve used up until now for everything else, a method you’re happy with because you keep reading this column. So let’s talk numbers.

This is going to be a very complicated mathematical algorithm to calculate something I am calling “DPI” or “Dollars per inclusion.” If you want to try and plug this calculation into Wolfram Alpha, here it is.

Wait, nevermind, that’s the equation from that episode of Futurama where they want to see how many copies of Bender they’re going to generate. The DPI calculation is as follows.

This is going to give us a number in dollars which we can leave in dollars, convert to cents, convert to Euro, or disregard entirely. Theoretically, imagine a card that is a mythic rare, has been printed 1 time and is in 10,000 decks on EDHREC and costs $2. The DPI on a card like that is 0.0002 which is a small number. If it cost $20, which is more reasonable, the DPI is 0.002, a whole order of magnitude higher. Theoretically, the smaller the DPI, the more “incorrect” the price seems.

To make the numbers even easier to work with, I’m going to express the number of decks in the number of thousands of decks, so a $2 card in 10,000 decks has a DPI of 0.2. If it’s in 897 decks, you use 0.897 because that’s how many thousands it’s in. We can scale the denominator however we want since we’re comparing the DPI to DPI calculated the same way for other cards and we’re just looking for a way to compare apples to apples. I think if we do this to cards whose prices “feel” correct as a baseline, we may start to notice that cards that feel incorrect pop out. Or maybe they don’t – I have no idea. It doesn’t matter, I’m going to give you the same 5 or 6 specs I do every article, let me have this.

This is the first 8 cards in Modern Horizons 2 in terms of % inclusion in decks. There were a couple of issues I hadn’t anticipated, such as a $3 difference between CK and TCG Player on Voidwalker, or how truly ridiculous Ragavan would look. Remember, the lower the value, the more underpriced it probably is. You have to throw a few cards out – comparing commons or uncommons or mythics to rares makes no sense, so we’re left with just the rares. Then you throw out Ignoble Hierarch because its price is predicated on other formats than EDH (though it’s the highest % inclusion card in the set, due in some part to its 3 color identity where the other cards in the Top 8 are 1 or 2). At this point we’re comparing like… Esper Sentinel, Damn, Voidwalker and Yavimaya and, I have to say, I’m pleasantly surprised. I think this works a little better than I had anticipated. As long as you’re comparing a card to a comparable card, this works pretty well. I expected Yavimaya to have a low DPI which makes it appear underpriced relative to a card like Damn which is also mostly an EDH card. Despite Damn being half the price of Yavimaya, it has a higher DPI. Yavimaya “felt” underpriced to me, and I’m glad to see the numbers bear that out. It has the lowest DPI of all of the rare cards in the top 8 here, and it makes me pretty stoked to do this some more. Do we try and find low DPI uncommons to compare to Tireless Provisioner? Let’s try it!

I think this works. We would expect a really good card like Timeless Witness to have a better (lower) DPI than something like Ravenous Squirrel, and Liquimetal Torque’s DPI calculation seems to offset some of the bias that ranking it by % inclusion introduced. If we sorted cards by DPI, I suspect Torque would be the lowest uncommon Artifact in the set, but with cards under a dollar, it’s tough to see if that matters at all. Maybe only the lowest DPI uncommons in the set are worth looking at, maybe no uncommons are. All I know is that Tireless Provisioner is in twice as many decks as Timeless Witness and costs 7 times as much, and we didn’t need to invent a new metric to point out that seems fishy. Provisioner may be getting some help from outside of EDH, but I expected this metric to make Witness look attractive, it does, and it made me glad I have been picking up Torques already – a conclusion I came to by looking at the price of Liquimetal Coating.

Am I going to use this metric again? It’s possible – it would be fairly trivial to make an Excel sheet and import names, price and # of inclusions and calculate the DPI for whole sets at a time. Let’s look at DPI to see if anything else from Modern Horizons 2 looks ripe, or if we see something that makes me throw this whole stupid calculation out because, and I can’t stress this enough, this is a dumb thing I made up and it would be a relief if it didn’t work at all.

Sanctum Weaver has a lower DPI than Yavimaya, which makes sense because while Yavimaya is underpriced still by a bit, it was one of the “chase” rares when the set dropped. Sanctum Weaver is relegated to mostly Enchantments decks while Yavimaya can go in anything, but we’re seeing a good value for the number of inclusions it has, especially on TCG Player where it’s basically half the price it is on Card Kingdom.

I thought Sanctum Weaver was underpriced before I even conceived of this dumb calculation so I wanted to ease into the article with this one up top, provided the numbers panned out (they have). I’m using CK prices, by the way, because one store that sells mostly EDH cards and has one person updating prices seems more stable than TCG Player where anything can happen. You could make the case for averaging CK and TCG Player, actually, and I might in the future.

This is a little bit high but I also think it’s probably still a good buy. This graph is of the price of the Retro Frame, which I think may be the pick-up and which is dropping in price. When they’re abundant, players want the cheapest version, though, and I calculated DPI using the regular $4 copies with the normal frames for that reason. I wouldn’t play Profane Tutor but far be it from me to tell 2,757 people they’re wrong, especially if they can get something that is almost a Demonic Tutor for literally $2 on TCG Player.

This is even more narrow than Sanctum Weaver, but relative to its price, it’s played a lot more. I think this is an excellent pick-up under a buck, though I worry about how long it will take for a Wizard or Shaman to come along to make this really worth playing in EDH. That said, this makes triggers double, and that’s pretty sick. I like this card a lot.

This is where I start to get worried. The price is very low, but the number of inclusions is kind of low, too. Does this kind of calculation break down the smaller the numberator and denominator get? To check myself, I decided to compare this to another card in the same % of eligible decks but with a worse DPI.

The DPI of Priest of Fell Rites is 1.5, much “worse” than Resurgent Belief. But look at the graphs – Priest is on the way up while Belief is on the way down. I don’t like the shape of the Resurgent Belief graph but I do like how Priest is shaping up (that said, price is diverging from Buylist which isn’t always great). Cards under a buck aren’t super worth pulling your hair out over, maybe, but a card falling in price yet with a low DPI could be attractive if it keeps up its inclusion numbers. For the record, Resurgent Belief is in twice as many decks as Priest of Fell Rites, whose price appears to be buoyed by Modern, which means all that happened here was that I picked a bad card to compare to Resurgent Belief which is, and I can’t stress this enough, a $1 Replenish. Kinda.

Sythis, on the other hand, has a lower DPI than Yavimaya, is trending up in price and could get some help from other formats. I think this card is a winner, the DPI value seems to bear it out and we don’t seem to be finding too many examples where it doesn’t.

In conclusion, I’m pretty sure I just started doing a calculation we’ve all been mentally doing without realizing it – weighing how much a card seems to be played versus how much it seems to cost and instantly deciding if something “seems” over- or under-priced. This isn’t as much a metric for giving us perfect information as it is a way to filter some of our biases. I might not have taken a second look at Harmonic Prodigy, for example, and would have missed out. I’ll do whole sets in a spreadsheet next time I dust this metric off, but for now, I think it worked out pretty well and when it didn’t, it seemed like there was another explanation for what was going on. That does it for me this week – until next time!