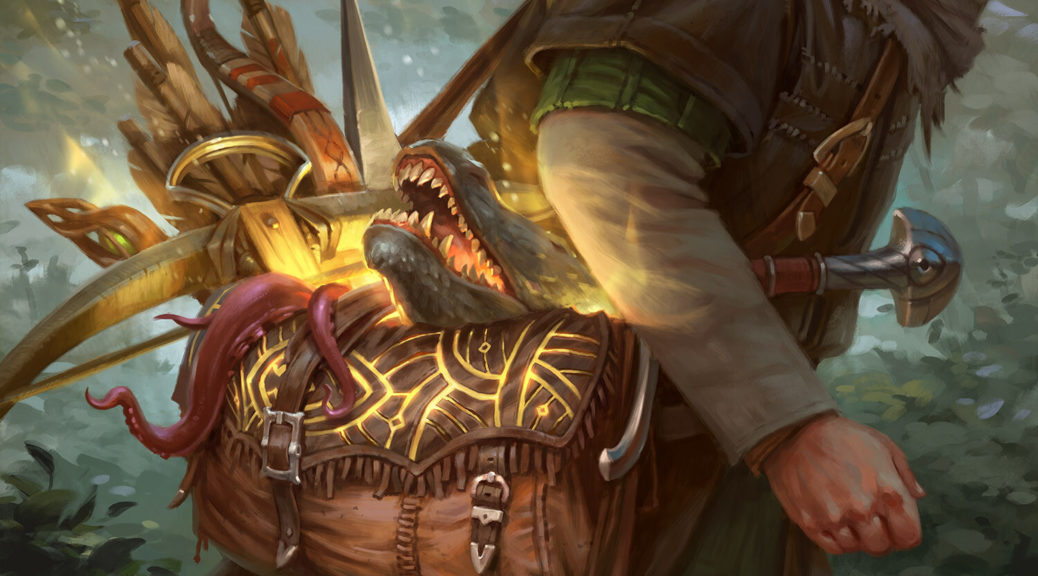 I couldn’t really come up with a good theme for my article this week, so instead I present you with a few cards that I think are going to be more expensive in the future than they are now. A bold premise, to be sure, but I think I’m up to the task – read on to see if you agree!

Just looking at the price differences here, this is a pretty simple case of easy arbitrage here, but I do want to take a little bit of time to talk about why Warping Wail is suddenly (actually not-so-suddenly) a $30 foil uncommon. It’s been played here and there in Modern Tron decks for a long time now, with people sometimes favouring cards like Spatial Contortion or Dismember instead – but Warping Wail has a great flexibility to it that is currently proving to put it ahead of the rest of the pack.

Being able to exile almost every creature in the Hammer Time deck (before they’re holding a hammer) is huge, and it hits things like Dragon-Rage Channeler and Risen Reef as well. Not only does it hit almost every relevant creature in the format, the counterspell mode can come in handy too, doing away with things like Living End and Crashing Footfalls. I’m not sure how often you’re going to be creating a Scion with Warping Wail but I’m sure it’s going to come in clutch at some point too.

Foils have almost completely dried up in the US, with only five listings for foils of any condition. The card is close to six years old now without a reprint, and I don’t really know where Wizards would be able to reprint a card like this due to the colourless mana symbol. I don’t think we’ll be seeing this again any time soon, and so with foils still at €4 in Europe this is a great arbitrage opportunity to ship them overseas. Supply isn’t that deep in Europe, so don’t hang around on these – and if you’ve got any old OGW bulk to go through then you might be in for a nice surprise.

Speaking of things that Warping Wail can exile, Esper Sentinel is a pretty good one. It’s been a great pickup for the Hammer Time deck in Modern, and although it’s not seeing a huge amount of Modern play other than that, EDH is where the card really shines. Sentinel blows the rest of Modern Horizons 2 out of the water in comparison, already included in almost 9000 decks listed on EDHREC, with the only other card from the set coming close to it being Yavimaya, Cradle of Growth.

I fully expect this to be close to a Rhystic Study/Smothering Tithe level card moving forwards, and should slot into the vast majority of white EDH decks that can play it. Tax effects like this have proven time and time again to be hugely popular and end up getting pretty expensive, and people are starting to realise that earlier and earlier on, hence this already being a $15 card for regular copies.

I’ve talked about this before; I think the sketch arts were very hit-or-miss, but this is one of the ones that really shines. That’s why my pick today is for the sketch foils – because they’re the same price (actually a tiny bit cheaper on average) than the regular foils, but I think in time will overtake the regulars and command a good premium. Europe has some cheaper copies at around €15 ($18), and a couple of nice stacks still under $25 if you can grab those. I think that 6-12 months out this is easily a $50 card, so make sure you grab your personal and spec copies now!

Sticking with Modern Horizons 2 for our last pick today, Dauthi Voidwalker is another card with a smattering of Modern play, but most powerful in EDH. Another of the most popular EDH cards from MH2 in nearly 6000 decks on EDHREC, Voidwalker does an excellent job of interrupting any graveyard shenanigans your opponents might have going on (which there is always a lot of), whilst not affecting your own at all. Its second ability to then cast a card exiled with it without paying its mana cost is slightly absurd, and really turns Voidwalker into a kill-on-sight kind of card.

We have both retro foils and extended art foils for this card, and although both should work out well in the end, I think that the retro foils should come out on top. You can grab a few copies under $20 at the moment and I think that those are good buys to double up in 12 months or so. Supply isn’t too deep compared to some of the other retro foils from the set and I feel fairly confident that this will end up in a lot of EDH decks, and on the off-chance it ends up doing well in Modern that will only make things better.