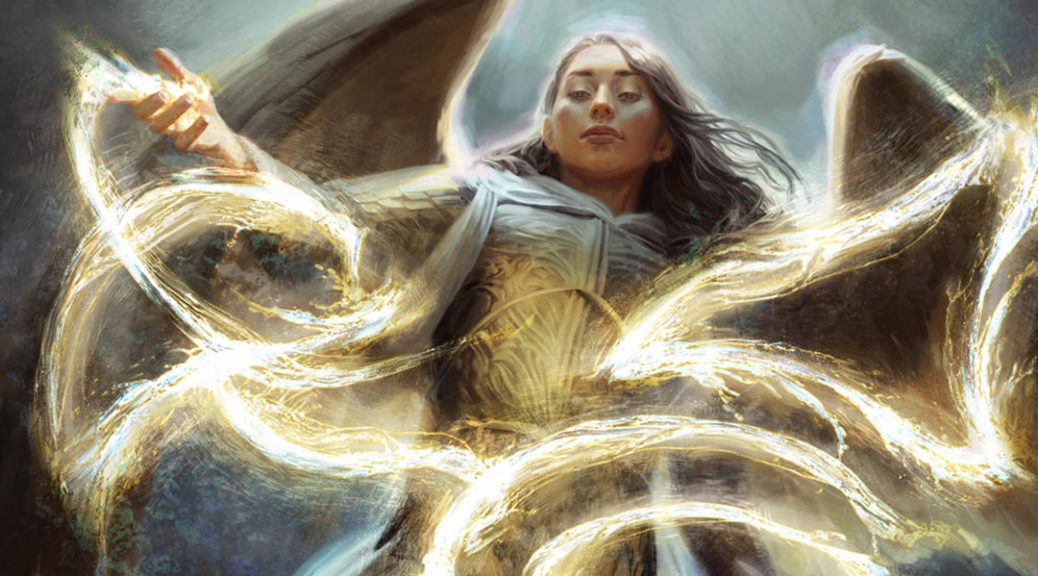 White has pretty much always been the weakest colour in Magic, and although Wizards have said that they’ve been working on giving the colour some more power, it does seem to be coming in dribs and drabs. That being said, there are still some good cards to be had in white, and some of them even make good specs – so let’s see what we can find.

With the continued popularity of the Elementals deck in Modern, Ephemerate has become more and more popular in the format, almost always seen as a four-of in the tribal deck and sometimes played in Stoneblade decks too. I think that it’s the best blink effect we have in Magic now, and as such is also in nearly 13,000 EDH decks on EDHREC – not to mention its popularity in Pauper too. It’s a good card and it’s here to stay.

Even since its printing in MH1 a couple of years ago, we’ve had a few different versions presented to us since then: regular, Mystery Booster, Mystical Archive and now retro foil. That is quite a few different printings for a common, but really I think that we should only be looking at the two most premium versions – the retro foil and the JPN alt art Mystical Archive foils. Now the JPN Mystical Archive printings are already close to $25 (and rightly so; they’re gorgeous compared to their global art counterparts), but the retro foils are still somewhat languishing around the $2-3 mark.

I don’t think that price is correct in the mid to long term, both because of the wide playability and popularity of the card and the amount of supply there is. Some people will just prefer this version to others and some will be priced out of the Mystical Archive printings, but either way there are only 31 NM foil listings on TCGPlayer right now, and not many more over in Europe. This is prime time to pick up personal copies and a good opportunity to hunt for all the sub-$4 copies you can find – give it 6-12 months and I think this is easily a $10 card.

On the theme of flickering things, Teleportation Circle has caught my eye as one of the best white cards for EDH out of Adventures in the Forgotten Realms. Enter-the-battlefield effects have always, and will always, be incredibly popular in EDH, both because you generally want your cards to do something immediately rather than give three players a chance at removing it before you might get to use it, and because cards like Brago, King Eternal and Yorion, Sky Nomad exist as commanders.

We’ve seen time and time again how popular Conjurer’s Closet is; every time it gets reprinted the price tanks and then creeps back up and up – and Circle is a whole mana cheaper! Even though it puts you into white, most of the decks that are doing that sort of thing put you into white anyway, and Teleportation Circle even hits artifacts as well as creatures, so it’s just an easy shoe-in.

There are around 30 FEA listings on TCGPlayer at the moment, which honestly isn’t a huge amount compared to some of the other rares from the set – even Circle of Dreams Druid has more listings than that. I think that this is going to be a popular card in any kinda of flicker/ETB deck going forwards, and any white deck that’s got Conjurer’s Closet in is going to be playing this one too.

Yes, I know, it’s technically not a white card…but it’s going in white decks and I think it’s a good buy, so I’m bending the rules for my last pick this week! We’ve already seen some of the other utility lands from Throne of Eldraine head moon-wards – Castle Garenbrig, Locthwain and Vantress are all $50+ FEAs, and I think that Ardenvale is going to be the next one to go. In nearly 15,000 EDH decks listed on EDHREC, it’s a little behind the 20k+ of the aforementioned lands, but nevertheless a very popular EDH card as well as being utilised in a variety of Modern and Pioneer decks.

Currently sat around $20, there are only 12 TCG listings for NM FEAs, with almost all of those just being single copies. It’s a similar story over in Europe, with no real arbitrage available here, which means that supply really is quite drained at this point. We’re almost two years out from the release of Eldraine (although it feels like five), and I don’t see any more FEA supply incoming any time soon for these cards, so I think that Castle Embereth is worth a look at too, and might be a decent pickup at $10 for a slightly longer hold.