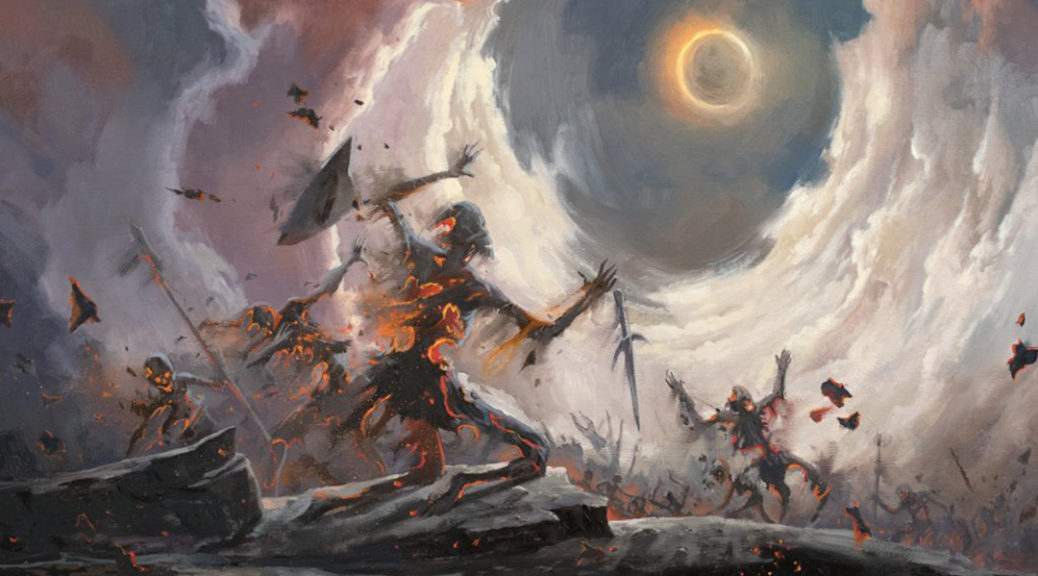 People always joke about every Masters set being “Commander Masters”, and although we got a swathe of excellent Modern cards in MH2, there are also some EDH gems in there too – both reprints and new cards. As expected, Europe is being sluggish on the EDH cards and I think that now is prime time to be looking at some arbitrage opportunities from the set, as well as some pickups that are still solid value on the US side of the pond.

Cabal Coffers went so long without a reprint that it got to the point where it seemed like every upcoming set was sure to have it, until we finally got it in MH2. Bear in mind that this is the first reprint in eleven years; the last time we saw this card was back in Planechase, with only two small printings (original Torment and then an FNM promo) before that. With that in mind, there will have been a huge number of players priced out of this card – which peaked over $150 earlier this year – who are sure to have snapped up their copies with the release of the new set.

Bear in mind this is a card listed in over 35,000 decks on EDHREC, and I suspect that number would be closer to 50k if the card hadn’t been so prohibitively expensive these past few years. Every mono-black deck should definitely be running this, and it’s still very good in two/three colour decks too, especially when you have dual lands with basic land types on them. Add an Urborg, Tomb of Yawgmoth into the mix and you’re really off to the races!

MH2 has given us three new versions: regular and etched foil with the original art, and a borderless version with gorgeous new artwork. I’m a big fan of picking up the borderless versions in Europe here, as they’re a good chunk cheaper than those on the US market and in much more plentiful supply. Considering that the regular MH2 versions are already $21+ on TCGPlayer, I think that $27 for the borderless printing is a bit of a steal.

Moving onto another very popular EDH card, Mirari’s Wake is another reprint with some stunning new artwork – in my opinion, the best one we’ve got by quite a wide margin now. I’ve held some of these and the borderless foils really pop in person, much more so than most of the other printings out there. The original Judgement artwork is still a great one, but good luck finding any of those foils at a reasonable price!

Mirari’s Wake is just a generically good card in any EDH deck that can run it, and even forgetting the infinite combos you can set up with your lands tapping for double mana, the card provides a huge boon to token decks, enchantment decks and more. As a lover of shiny things I know I might be slightly biased, but I know that if I had an old Mirari’s Wake in any of my decks then I’d definitely be wanting to upgrade to the borderless foil.

The borderless foils are going for around €11/$13 on CardMarket in Europe at the moment, and I really think that’s far too cheap on any length horizon, especially if you’re going to be selling them in the US. TCGPlayer’s floor is already at $20, and I fully expect that to increase quite a bit over the next 6-12 months. Before this reprint, the Commander’s Arsenal foils were almost $40, and the (far superior) Conspiracy and Judge promo foils were around $80, so I don’t think that $40 from this is too much to ask. Even if you’re picking up the $20 copies on TCGPlayer I think you’re going to do well; even if we see another Commander set printing of the card, it’s unlikely to be in foil.

Finishing things off today with a slightly more niche, but nevertheless very popular EDH card, Patriarch’s Bidding was given its first ever reprint in Modern Horizons since the card’s first printing all the way back in Onslaught (not counting the WCD versions, which don’t exactly add much to the supply on top of being gold bordered and not in foil). With that in mind, I think that the new foils from MH2 being $5 is murderously cheap, and time will prove that true.

Although only being in around 6000 decks listed on EDHREC (relatively little compared to our other two cards today), Patriarch’s Bidding is an auto-include in any tribal deck running black – reanimating everything in your graveyard for just five mana is pretty great, and as long as your opponents aren’t also running tribal decks then it’s likely to be fairly one-sided most of the time.

With around 68 NM foil listings on TCGPlayer right now, the majority of those are single copies and so I don’t think it’s going to be too long before a lot of those drain out. The etched foils are much cheaper but far less desirable, and any magpies are definitely going for the set foils over the etched. Europe has these a little cheaper too at around $3-4, but the $5 copies in the US are definitely good enough for specs too. The reprint (as expected really) has barely caused a dip in the original foils, so I wouldn’t hunt there unless you want that extra EDH bling.