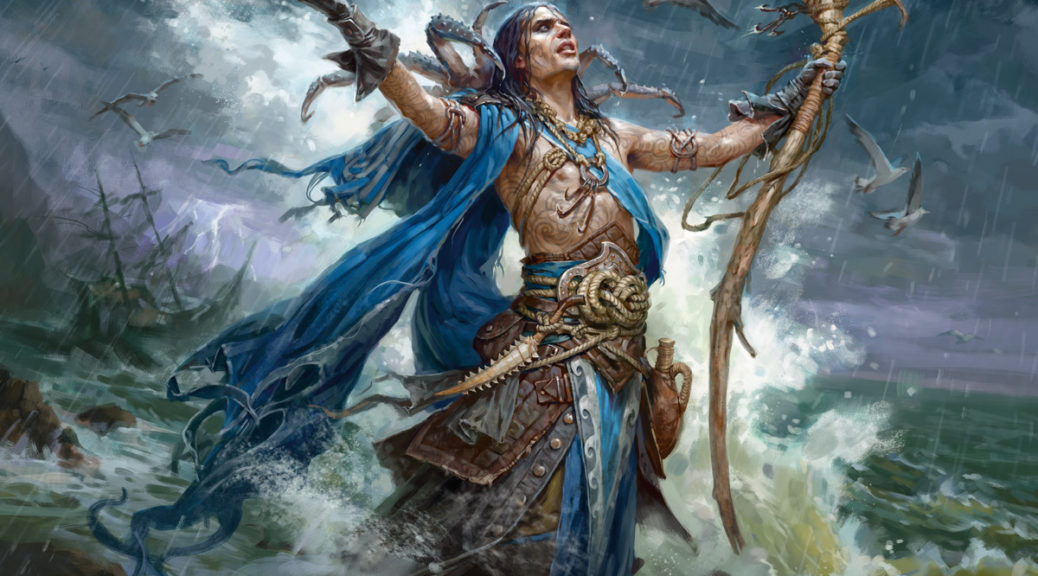 All right, everyone, let’s get into the distributions of different Innistrad: Midnight Hunt cards. There’s three variants, plus the usual Extended Art treatment. Wizards has been good about not throwing any huge curveballs here since the 30% hurdle in Commander Legends, and it makes these calculations a lot easier. If you’re looking for your odds of a Borderless Foil Wrenn and Seven, look no further!

First, some raw numbers. There are 20 mythics in the set, and 64 rares. Plus, there’s 83 uncommons and 105 commons. Those won’t be as relevant to us, but as we’ll discuss, if a foil hits it big (Expressive Iteration, I’m looking at you!) suddenly that’s a very relevant number.

There’s two Showcase frames in this set: All of the Werewolves and Warlocks in the set get what’s called the Equinox frame, on both sides if it’s a two-faced card.

Then we have the Eternal Night frame, a black-and-white sketch art to go with a more translucent frame. This is done to every legendary creature which isn’t in the Equinox frame. If it’s a two-sided card, both sides get this treatment.

Finally, we get the Borderless treatment, which is new art and has no borders. This is just the five slowlands, and the three planeswalkers. Interestingly, Arlinn, the Pack’s Hope is the only card to get three different arts: regular, Equinox, and Borderless.

There’s not a special version of a single card, the way there was a Phyrexian Vorinclex in Kaldheim, or a special subset as in the Mystical Archive. Also, there’s no etched foils in this set. Thankfully, this is a straightforward set, and we can make clear comparisons to other sets.

Now let’s talk about what you get in the three kinds of packs:

In a Draft Booster, you can get foils or nonfoils of almost anything. Foil Equinox, foil Borderless, both are possible, but NOT the Commander-only cards and not the Extended Art versions of cards. One out of three Draft boosters have a foil, but that’s a foil of anything, including the basic land. (which is good–the foils of these Eternal Night basics should be solid, financially)

Set Boosters do have a slot for the Commander cards, but only in nonfoil. You can get the same foils and nonfoils, otherwise, just more of them to go with the 25% chance of card from The List, which is 300 cards long, everything is of equal rarity, and you need to open 1200 Set Boosters to get a full set of The List. (you won’t get it at exactly 1200 because of the way probability works, but the math is sound.

The rarest cards are going to be the Foil Extended-Art mythics from this set. Not the Equinox and not the Eternal Night, since those foils can show up in Draft and Set Boosters. The EA treatment is exclusive to the Collector Boosters, and Wizards’ own graphics tell us that there’s really only one slot to worry about:

So how rare is rare in that last slot? (Last, in this case, meaning that you’ll reveal it last. If you open a CB card by card, you’ll see things in bottom-up order!) Let’s have a table:

Remember, you are twice as likely to get a rare (65 options) as a mythic (21 options) and that’s where the denominator of 151 comes from.

So about 75% of Collector Boosters will have a foil rare of some kind in this slot. Note that Arlinn is the only foil mythic Equinox, as well as being a Borderless Planeswalker, so she will be 50% more common than any other mythic from this set. Put another way, for every two copies of Teferi, Who Slows the Sunset, there’s three copies of Arlinn, the Pack’s Hope.

Here’s a table for the nonfoils:

Where does this set land compared to other sets? One more table!

We can see that things will be a little more rare than in AFR, and this doesn’t have the Vorinclex effect that Kaldheim was blessed with. Strixhaven is going to be an outlier for most things, because of the way that they set up the Mystical Archive.

One thing I want you to note, if you love buying Collector Boosters: These last three slots have some rough math. About 85% of those packs will have these as the final three cards: nonfoil rare EA, nonfoil rare showcase/borderless, foil EA/showcase/borderless rare. For each of those slots, you’ve got about a 15% chance to hit a mythic. Buying a box of 12 packs, the math says you’re getting about two mythics in each slot.

I hope this helps inform your buying decisions. If you find an error here, be kind, and post a comment or come mention it in the ProTrader Discord.