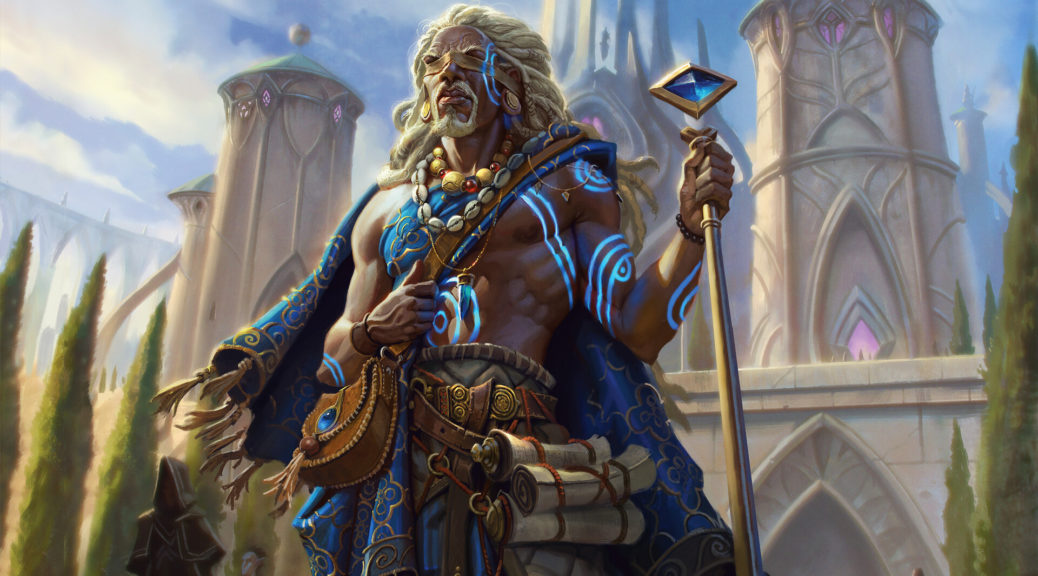 Last week I wrote about some Mystical Archive cards from back when Strixhaven was released earlier this year, and it got me taking a look at some cards from the main set as well. You’ll be unsurprised to hear that the time to spec has passed on a good number of these cards, but I think I’ve found some good picks from the set that still have potential – let me know if you agree!

The time has indeed passed to be picking up this uncommon on the US side of the pond, but over in Europe they’re much cheaper and offer a great opportunity for some arbitrage. Storm-Kiln Artist has proved to be the most popular EDH card from Strixhaven; at over 21,000 inclusions on EDHREC the only other cards from the set that come close to it are Archmage Emeritus and Wandering Archaic at around 17-18k. Storm-Kiln’s first ability is fine and all, but isn’t really what makes this a great card – creating Treasures whenever you cast or copy an instant or sorcery spell is a very quick way to generate a huge amount of mana and chain off a bunch of spells, especially if you’ve got a decent draw engine or spells to work with. It can pretty easily go infinite with spell cost reducers too, and has become a staple in those kinds of spell-slinging EDH decks.

Prices on this are still super cheap in Europe – as is often the case on EDH-only cards – and you can grab a bunch for shipping over to the US. CardKingdom buylist is already paying $0.80 cash on these so there’s great immediate value there, and if you’re minded to do so you can probably ride these up even further in a couple of months or so. I would be cautious of holding these too long because it could easily be something we’d see reprinted in a Commander product or similar, so getting out while the going’s good could be the play here.

I honestly think that Culling Ritual should be in the vast majority of green-black EDH decks that aren’t specifically focused around maintaining a board of tokens or other low mana value cards. The ability to wipe out early mana rocks, troublesome creatures and/or enchantments is powerful enough in its own right, and getting a temporary mana boost whilst doing so is even better. Enough people on EDHREC seem to agree with me too; this is the second most popular multicoloured card from the set and has been put into nearly 12,000 decks listed there.

I think that this will continue to be a very popular form of removal for EDH decks in the future too, and the FEAs have been draining to the point where there’s quite a steep ladder forming on TCGPlayer. There are only 27 listings and very few of those are under $15, and I don’t think it will be long at all before this is a $20-25 card.

Prices in Europe are a little cheaper at the moment, around €7-8, so if you can grab copies there then I would. Stock is similarly low across the board though, so if you’re wanting to pick up any personal or spec copies then I wouldn’t hang around on these.

Another uncommon to finish things off for today, I think that Reconstruct History is currently a little underrated in EDH and deserves more love than it’s getting. Red and especially white aren’t known for their graveyard recursion abilities, at least compared to the other colours – green has infinite Regrowth effects, black reanimates without any trouble and blue has enough Archaeomancer effects to stock a whole deck.

Red and white historically lack those kinds of cards, and so Reconstruct History being able to potentially bring back as many as five different cards for just four mana is pretty huge. At around 5500 EDHREC inclusions it’s clear this is a fairly popular card, and I think it’ll prove to be a popular choice in a lot of red-white EDH decks that need to be able to grind some sort of recursion out of their cards.

Foils are currently around $0.25 and relatively plentiful for the time being, but I think that you could pick up a stack of these and wait for a nice buylist option a year or two down the line. The foils will steadily drain and I wouldn’t be surprised to see buylists get up to $0.50 or $1 given time.