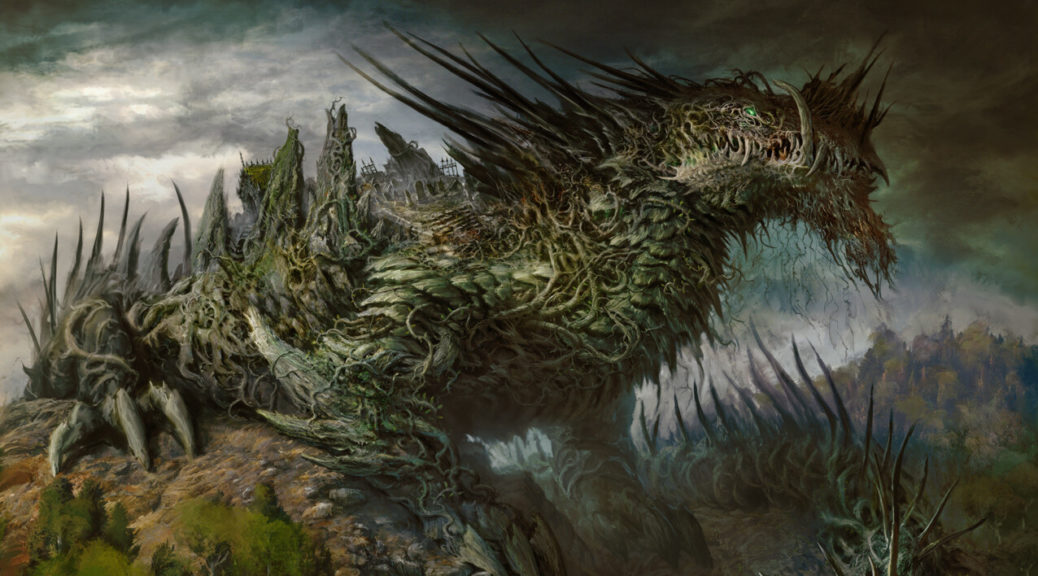 In this week’s article I wanted to take a little breather from the slew of Kamigawa-related news and hype, with the set having been released online at the end of last week and set for paper release this week. I’ll pay some more attention to the new cards next week, but today I’m venturing into the Modern lists that don’t quite make the top of the metagame share, but still have some serious potential in them.

Kicking things off with a big one, Ignoble Hierarch is the king of off-meta decks right now. Four copies in both the Goblins and Yawgmoth decks, it’s a fantastic mana dork for both archetypes as well as actually being a Goblin for the Goblins deck. The Exalted makes it a big step up from Birds of Paradise (although that doesn’t stop the Yawgmoth decks from running a playset of each), and it’s even seen some play in more classic Jund archetypes in the Modern format.

Ignoble Hierarch can also be found in over 13,000 EDH decks on EDHREC, which is quite impressive considering that the much older card Noble Hierarch is only in 20,000 decks in comparison. We do have quite a few versions of the Ignoble dork, but its ubiquity across formats and decks makes me think that the $12 retro foil copies are far too cheap.

94 listings on TCGPlayer certainly isn’t nothing, but the vast majority of those are single copies and if Modern players are picking up four at a time, it won’t take too long for those numbers to dwindle down. With that backed by EDH play, I expect to see Ignoble Hierarch retro foils over $20 by the end of this year, and without a good place to reprint those versions any time soon it’s likely to just keep going up even after that.

Something else that caught my eye browsing the Modern lists was the old Neobrand deck, which was very strong for a while but ultimately ended up being a little bit of a flash in the pan. It’s back with some new tools and a vengeance though, putting up some strong results in Modern leagues and preliminaries, and I think is definitely worth taking a look at.

Some of the new toys that have been added include Children of Korlis as an alternate wincon, and some old favourites reappearing in Neoform and Abundant Harvest. I want to focus on Abundant Harvest here because the Japanese art versions from the Mystical Archives look to be drying up quite quickly. We’re down to 69 NM foil listings on TCGPlayer and only a few more than that in Europe. Interestingly enough, the European copies are already a good deal more expensive than in North America, running around $8-9 for the cheapest copies.

Bear in mind that this is also a card used here and there in Amulet Titan lists, as well as being in around 4000 EDH decks listed on EDHREC, and as such can’t be dismissed as just being a card for an unpopular Modern deck. I expect to see copies under $10 disappear within a few months, and given 12-18months this should be a $15 or even $20 foil. The Japanese versions are gorgeous and far more desirable than the global art versions, as well as being in lesser supply in the first place.

I’m cheating a little bit with this last one because it’s actually seeing more play in Hammer Time, one of the most popular archetypes in Modern right now, but the reason it caught my eye was actually from looking at the Thopter Sword combo decks that have been reappearing in the format. This is a deck that fell off a little bit along with the rest of the Urza decks after the banning of Arcum’s Astrolabe in Modern, but people have been trying new things with it recently and so here we are.

In both the decks it’s being used in, Ingenious Smith is another great tool for finding your combo pieces, be that a Colossus Hammer, Thopter Foundry or Sword of the Meek. You can even pick up a Kaldra Compleat with it, because it doesn’t have a mana restriction on it that we often see on these kinds of cards. The Smith can even work as an alternate win-con in a pinch, incidentally getting quite large as you play out the rest of your game plan.

Due to its play patterns in Modern, this uncommon is already a $2.50 foil – but with only the single printing and no other variants of the card, I’m quite optimistic about its future. I’m surprised that it’s only in around a thousand EDH decks listed on EDHREC, but that number will climb steadily over the coming months. Supply isn’t very high on these foils and if Modern players are grabbing them then they’ll likely be picking a playset up at a time, so I think we could see this as an $8-10 foil a year or so down the line.