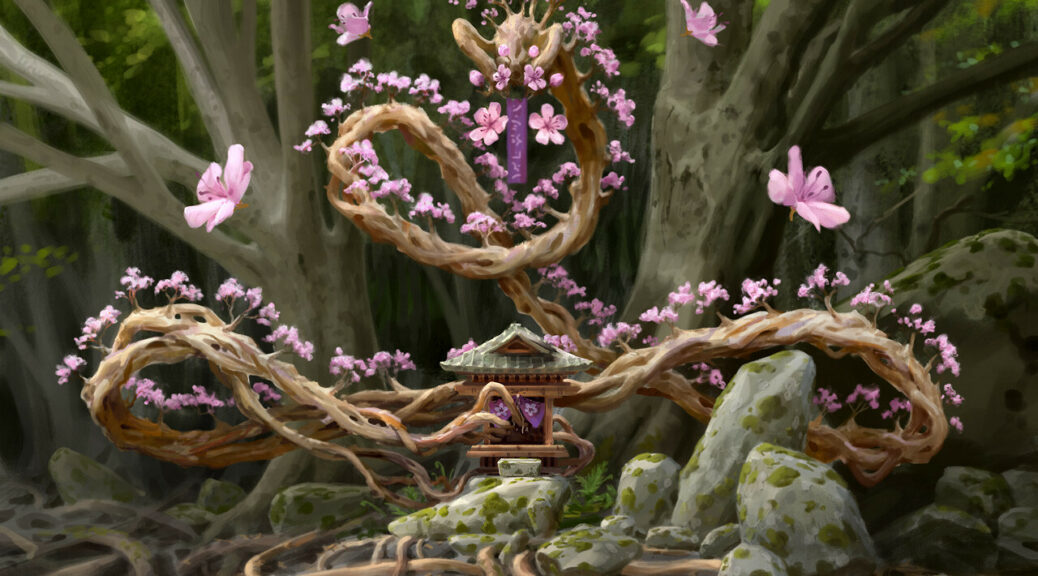 With Streets of New Capenna having been out for nearly a month now, and previews for Commander Legends: Battle for Baldur’s Gate well underway, I want to take a look back at Kamigawa: Neon Dynasty. A lot of cards from that set have found homes in a lot of different EDH decks, and I’ve actually been surprised at the adoption rate or some of the cards I wouldn’t have thought to be that popular. Let’s see if you feel the same way…

I’m pretty sure I’ve written about Boseiju, Otawara and Takenuma before now, but the red cards in these cycles do seem to often get neglected. They may be less exciting and flashy, and so the adoption rate and price drags a little, but I think that just makes them a better opportunity for us. Sokenzan isn’t as powerful as some of the other lands in the set, but it can still easily replace a Mountain in your mono-red (or even multi-colour deck) for very little deck-building cost, giving you that extra little boost of creatures to use however you see fit.

Taking a look at EDHREC numbers, Boseiju takes the crown at over 31k decks, followed by Otawara, Takenuma, Eiganjo and then Sokenzan bringing up the rear. What’s quite interesting is that Otawara is in around 25k decks, but Borderless foils will run you over $40 – four times that of Sokenzan, but in just double the number of decks. Admittedly, Otawara sees more play in Modern, but I think this still indicates that Sokenzan is underpriced right now.

I think that the Borderless foils are the most exciting version of this not-very-exciting card, and can currently be had for around $10 on TGCPlayer. FEAs are running a lot lower around $4, with worse art and a higher supply. There are around 40 listings of Borderless foils right now, almost all single copies and still selling at least a couple a day, so those copies won’t last much longer with little more supply due to fill in the gaps.

Another Borderless foil for you: Junji, the Midnight Sky. Again we’re not looking at the most popular of the dragons from this cycle here, but this time the second best – or at least, the second most played right now. I do actually think that it’s the best of the cycle; the red one – Atsushi, the Blazing Sky – is very strong too but I think that Junji has more flexibility and can slot into a wider variety of decks whilst still being able to make a big impact on any boardstate.

The drain effect on Junji might not quite stack up to the level of a Kokusho, the Evening Star, but forcing each of your opponents to discard two cards is very strong – especially if you start reanimating and re-sacrificing this dragon (which you definitely should be doing). Also having the option to reanimate a different creature when this one hits the graveyard gives the card another axis of attack, all the while having Flying and Menace to put the pain to your enemies and force them to deal with it – giving you another death trigger, which is exactly what you want.

Borderless foils of Junji are expensive for a standard set card that doesn’t really see play outside of EDH – but the price hasn’t been any cheaper than this and I don’t think it’s likely to get much cheaper than this any time soon. Supply on TCGPlayer is around 25 listings, and I don’t think it will be long at all before this is a $40 card. $50 won’t be too far off after that and as a Borderless foil Mythic the sky could really be the limit here.

David Sharman (@accidentprune on Twitter) has been playing Magic since 2013, dabbling in almost all formats but with a main focus on Modern, Pioneer and EDH. Based in the UK, he’s an active MTG finance speculator specialising in cross-border arbitrage.