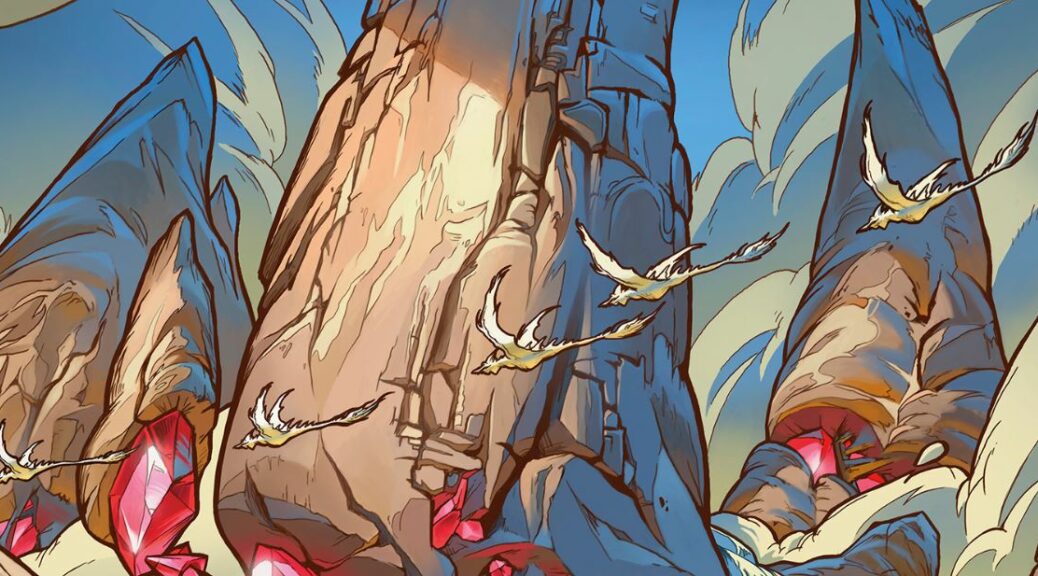 Dominaria United (DMU) had an immediate impact on Pioneer and Modern tournaments over the weekend, which was a much-needed change after four months of lingering without new cards. Liliana of the Veil lived up to the hype, seeing significant play across Pioneer. This was generally expected, and I discussed this topic last week. But there were many other breakout stars from DMU that slid into existing shells along with a few that helps push old archetypes back into the spotlight. These early results will be studied further, tested, and refined in the coming weeks. The result will be that some of these cards will stick around while others will slowly fade away as quickly as they came. Let’s check out the new hot tech, shall we?

Leyline Binding was the most talked about Modern relevant card leading into last weekend and it did not disappoint. In the end, it was included in a combined 9 decks across two Top 32s from both Modern challenges over the weekend. This included two second-place finishes in different archetypes focused on Glimpse of Tomorrow and Indomitable Creativity. Both featured five-color mana bases, making Leyline Binding effectively cost one mana, which obviously is very good. Leyline Binding also did well in a Crashing Footfalls and a more generic good stuff build too. I will be curious to see if there is a backlash to decks leaning even harder than they have been into 4-5 color mana base in the next week or two via Blood Moon type strategies, but for now, Leyline Binding is having a fairly very large impact on Modern.

Over in Pioneer, Leyline Binding was only played in one Bring to Light/Niv-Mizzet Reborn deck, which is not that shocking considering the format lacks fetch lands that make Triomes so easily accessible.

Goblins won the September 3rd Modern Challenge, the first MTGO Modern Tournament that took place after the release of DMU. The deck was fueled by the addition of its new powerful two mana lord Rondel Hordemaster. This card is pretty crazy. A two-mana lord is pretty good in its own right, but in addition, this card provides card advantage to goblin decks every time a goblin dies, which is a regular occurrence already via combat or though Skirk Prospector, Mogg Fanatic, and Mogg War Marshal’s echo cost. Goblins will do goblin things – I expect this deck to pop in and out of the meta going forward based on the power of Rondel Hordemaster.

Streamer Aspiringspike was playing around with an Oswald Fiddlebender brew a while ago, but we haven’t seen much of the deck since then. But this week featured a new iteration of this deck that ended up in 3rd place. This new version is different than the old version but still leans heavily into Oswald Fiddlebender’s unique ability. It helps find the combo of Thopter Foundry/Sword of the Meek, which makes as many 1/1 flying thopters as you have mana. It will also set up Crackdown Construct/Lightning Greaves combo, which makes Crackdown Construct as large as you’d like (by equipping and re-equipping lightning greaves for free) and then attacking for the win.

I would love to see film of the pilot running this deck, which provides so many options it would take a significant amount of time to learn and optimize. I mention this deck here because Serra Paragon – a clearly powerful card – is featured with a full four copies. Interesting indeed. No doubt Serra gives the deck more reach and inevitability if it isn’t dealt with – similar to Lurrus prior to its ban – but at four mana making it a little slower, especially if it’s played on curve. And of course, it’s not a free companion. I’m hoping and looking forward to seeing more of this unique and interesting deck.

Although Sheoldred didn’t break into the Pioneer top 8 this weekend, the deck below did well and has potential moving forward. It also notably includes four copies of Liliana of the Veil – no surprise there. This deck’s curve is about as strong as it comes – with solid options in each key stop – plus additional ways to play a long game with Tenacious Underdog’s Blitz cost and drawing card via Castle Locthwain. This strategy is a great counterbalance to the other things going on in the Pioneer format right now – I hope it continues to do well.

Turning to Legacy for a brief moment, Shivan Devastator surprisingly snuck into the Top 8, in a mono-red list, while Vodalian Hexcatcher barely missed out, ending up in 12th place this weekend. While one-off Legacy finishes aren’t going to move paper cardboard, anything that does well in Legacy typically has potential in other formats. I’m going to keep an eye on these two going forward to see if they are one-hit wonders or perhaps something more.