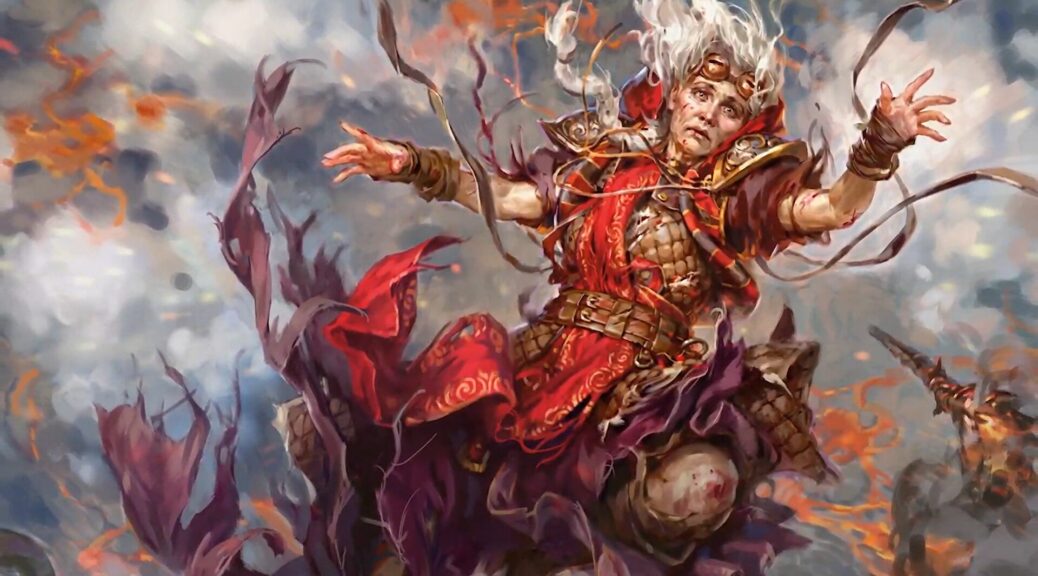 We have some data, and like always, we have some surprising data. I decided to look at which commanders we should look at in-depth based on how they charted this week. There were some VERY clear winners.

I expected Jodah to do OK, but to be built more than Atraxa, even in 2022 is a coup. Like, I’m not saying a boring deck like Atraxa SHOULD be built this much, I’m saying it is and that’s reality. A deck that claws its way to the top of a pile of profoundly boring decks is worth celebrating. Let’s take a look at Jodah and Ivy for specs, shall we?

Jodah really isn’t built that interestingly, unfortunately. All of these cards are cards we’ve gone over in the past. Still, there have to be some challenges associated with being built 5 color. Are there any unique cards?

Now THIS is what I call podracing, or whatever. I’m not rewatching that movie just to look up what he says.

The cards here are going to get jammed into every “Legendary matters” deck from here until the end of time, and with 70 new Legendary creatures every 2 months, the odds of them having to revisit the topic soon are 100%.

This is just starting to rebound despite being hideous.

This is the better buy, IMO, but it’s hard to go wrong with either. Enough people like the showcase version that there is no clear winner. Either way you go, this is a buy under $5. It’s not a broadly-appealing card but for the decks where it’s useful, there is no substitute. It’s cheaper than Mirror Gallery and it’s way better. Everyone forgot about this card because it was 20 sets ago, but this is quite, quite good.

I am shocked to see this card is worth money, but it seems like if you can get the non-foil around $2 and the extended art under $5, it seems good right now.

Sometimes Cool Stuff is actually the lowest price and not because they ran out of stock first.

This deck is going to be split between random new stuff and old Orvar staples, which is great. Any Orvar card is going to be second spiking and therefore that’s what I would prefer to focus on.

You won’t often find me advocating for the foil copy of a common card whose price appears to be declining but you also won’t NEVER find me doing that, so here we go, I’m doing that. This is the foil and it’s an $8 foil under the right circumstances, seems like a buy at $2 or $3.

This is still too cheap.

Here is 1,000 more words in support of Mirror Box as a spec.

I suspect this would be higher if not for the Conspiracy reprinting, but this card is bugnutty.

I think it’s rad that two commanders from the new set are in the top 10 for the week, especially Ivy which is running my favorite card from the set and breaking it wide open.

The set seems good, we’re going to have 70 new EDH decks to contend with and then we’ll do it all again in a matter of weeks. You guys don’t want to hear me gripe about my job in the content mines but it’s less than I’m bitching about being busy and more that I’m worried that everyone will feel like they’re drowning the way I do soon and that’s bad for the long-term health of the game. Back in my early finance days, we used to say “You can shear a sheep every year but you can only skin it once” and I’m starting to worry about what’s going to happen when eBay/TCG/CFB sets its sights on Hasbro in a big to make the ultimate Katamari Damacy amalgam to take on Disney. When that happens, you’ll hear about it here first. Thanks for reading, nerds. Until next time!