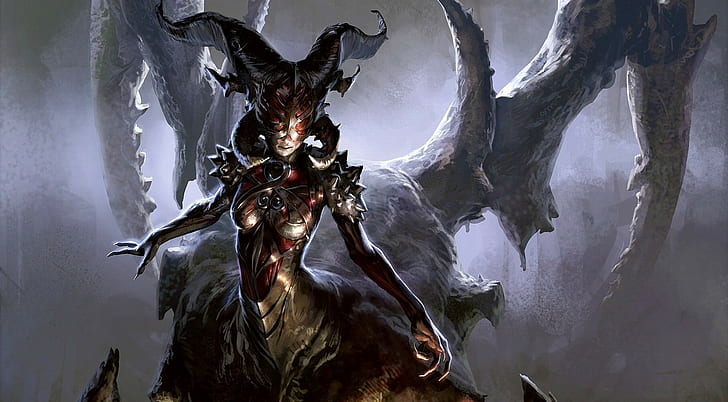 Here we are, the day where the set is legal to buy and sell on the major sites, and it’s time to see if we can pull the diamonds from the rough. I have advocated repeatedly to not pre-order cards, and here I am, wondering if these are priced too low.

So let’s get to the cards, both the things I want to buy now and the things I’m going to be patient on. Prices right now can be a little wild, so if you spot copies that cost a little more or a little less, act accordingly.

Liliana of the Veil (DMU copies available from $40 to $73) – The big reprint of the set, it’s been a while since we’ve had a lot of copies around.

We’ve gotten some reprints, but there’s a big difference between being a Modern Masters 2017 mythic and a Dominaria United mythic. I’m not expecting her to fall too far, as she’s being rapidly adopted in Pioneer, but I think she’ll settle out near $30 for the cheapest versions. The premium versions from DMU are not really on my radar, as there’s Box Toppers and Pro Tour Promos to chase.

Long-term, I think Liliana is an excellent place to gain some value, though I won’t be buying any for a few months.

Sheoldred, the Apocalypse ($38 to $117) – Sheoldred is a card I expect to take over a lot of Commander tables. I wrote an article about good specs for her deck, but Neksuar is three colors, blah blah blah. Black decks will need an explicit reason not to run this gem of a card, which is also a combo enabler in many ways.

If it seems expensive right now for a Phyrexian foil, I’d agree with you, but I also want to keep in mind that Sheoldred’s most sought-after version is impressively hard to pull from Collector Boosters. As I pointed out last week, for every 100 Borderless foil Liliana of the Veil, there’s 50 Phyrexian Sheoldred and 50 Showcase.

The graphs for Vorinclex and Jin-Gitaxias and Urabrask are pretty similar, but no one’s got the early hype spikes that the green one did:

Vorinclex showed up every 296 Collector Boosters, Jin-Gitaxias was every 544 but is now under $100, and Urabrask is every 492. Sheoldred is every 346 boosters for a Phyrexian foil, and is a much stronger card being both cheaper to cast and with a nasty backhand of an effect. Commander players love drawing cards!

I’m expecting Sheoldred to follow in Vorinclex’s footprints: an early spike followed by a gradual decline. Buying now for your deck at about $117 is not too far off where the price will be in three months, and if it makes you happy, go for it.

Ajani, Sleeper Agent ($8 to $45) – Foil Phyrexian Ajani is twice as rare as the Sheoldred, checking in at once every 692 Collector Boosters and the rarest non-Hidetsugu card of the last couple years. (I’m not counting the Legends inserts.) However rare he is…his card isn’t terribly powerful. Tamiyo in Phyrexian is available for just about $20, several months later.

Planeswalkers who come down early and can get you ahead are good. Ajani on three (plus the 2 life) is still capable of ticking up and gaining card advantage, but not for control-themed decks. He’s good but not broken, and so I think his curve will follow Tamiyo’s, unless some other amazing combo comes along.

Leyline Binding ($10 to $21) – I’m terrified of making a prediction about this card. It seems too good to be true in Modern, where a Triome and a shockland make this a one-mana Oblivion Ring. However, Modern already has lots of great removal. In the last year, we’re seeing decks run some combination of Prismatic Ending and March of Otherworldly Light. If the domain decks are big, I’d be delighted to see cool stuff like Scion of Draco have its day, but we’ll see if that takes off. I think this will see play, but it’s not going to be Ledger Shredder. I think there’s enough demand to keep the price high, yet not too high. I don’t think it’ll hold a price of $15, nor go below $7.

The Defilers ($5 to $21) – All five are decent to good, but the blue one that fuels itself and the green one that grows your team are probably the strongest cards. Green especially has a lot more ‘green mana only’ costs, topping out at Primalcrux. I will want to have some of these long-term but for now, I’ll be content to let their prices drop.

Plaza of Heroes ($9 to $18) – It’s nice to have the last ability that saves a legendary creature, but right now, I don’t think this is a card anyone needs to go deep on. I know there’s a lot of chatter about legendary humans especially, but given the lands that already exist (Cavern of Souls, Unclaimed Territory, Secluded Courtyard) I don’t think that deck needs more. This should fall by at least half, if not more.

One other thing I want to note: The rare and mythic artifacts do not have a special version in this set. I strongly suspect we’re going to see some special version before too long, and therefore I don’t want to go deep on any of these until that shoe drops.