Here we go, prerelease weekend! I’m planning on attending a midnight prerelease, because I am indeed crazy like that. I hope yours goes amazingly, you open well and play better, and that you trade everything away as fast as you can this weekend.

That’s basic advice that I give every time a new set comes around, and it remains true. Some of the Hour of Devastation cards are going to spike, eventually, but I am bad at that guessing game.

I know prices are at their max for most of these cards, and they are going to fall. I’m looking to out them pronto.

Which leads me nicely into today’s topic: Cardsphere, and why you should be using it too.

Full Disclaimer: I am not an employee of CS. I am going to give my experiences and my viewpoint. I have bought value on this site, I have sent and received cards. I’ve been a user for about six weeks. I advocated for Pucatrade, and I’m advocating here too. Your experience may be different than mine, and I hope you have as good an experience as I have had.

Now, I want to refer you to an interview that MTG Fast Finance did with the founders of Cardsphere a while back, but that was before it went into public launch. The interview is worth a listen, for the philosophy and the backstory, but let’s get to how you should use it and what is happening there.

If you’ve used Pucatrade at all in the past couple of years, the idea is the same: It’s a trading environment. You send off your cards for currency, and you can get cards for that currency. The primary difference is that the currency in CS is straight cash, US dollars. You can get your dollars out of their system and into your account, for a fee.

Otherwise, it’s a similar economic system. Because it’s in real dollars, the offers tend to be adjusted downwards, where they were going up and up and up in Pucatrade, since that was in a currency locked into their system. It’s an interesting flip: On Puca, the question was ‘How many extra points do I need to offer for someone to send me this card?’ On CS, it’s ‘How low can I go with my offer and still get the card I want?’

Philosophically, the experience with CS is that you’ll have to decide how far off of retail you can go. You’re setting your own wants, and how much extra you’ll give/take away. Then, when sending cards, you decide how much you want to get.

Right now, here’s what is happening. Granted, this is only my experience. I’m not trying to trade up for things (yet) but I have been getting cards for my uncommons Cube, building a Standard deck, and building a new Commander deck.

The experience has been amazing.

I am someone who did very well off of Puca in the salad days. I bought low, sold high, accumulated points. I got SDCC walkers, I got a Gaea’s Cradle, and a judge foil Sol Ring. Future Site hit, and the values tanked. Inflation is going mad there. I’ve gotten myself down to 92 points there, and while I’m monitoring the site and the subreddit to stay informed, I’m no longer putting cards or a subscription into that economy.

I say this so you’ll get what I mean when I say that the CS experience is wonderful. I can’t keep credit for more than a day or two. I have had a range of wants filled, and while I haven’t chased any foils, or any high end cards, I’m having a steady churn and it’s fun. I’ve been asking for uncommons and commons at about +20%, to make it worth sending, and most of my wants for Commander are between 0% change and -20%. I got a Deadapult for +50%, because that’s a crap rare and I wanted to make someone feel good about sending it.

I am seeing that there are two categories of offers on CS: The full-value (or nearly) or higher, for people that want to get stuff right away, and there’s the lowballers, the ones who are literally offering buylist prices plus ten percent. I’m finding that the offers at 90%-110% get filled fast, and the 60% and less offers take a lot longer to be sent.

Which is fine and the freedom of the platform, quite frankly. I would surely have a standing order to buy foil Thought-Knot Seer at $15 if someone wanted to sell them at that price, and then that person pays for the shipping to send it to me? Done and done.

Cardsphere is also doing an excellent job with transparency and feedback. The founders and other admins are very active on Discord and Reddit, the home page shows exactly the userbase and flow of cards, the most wanted and most traded, plus weekly updates on how cards are being traded. Here’s an example post. (It’s Reddit, while this post is safe for work huge swaths of the site aren’t, be forewarned.) 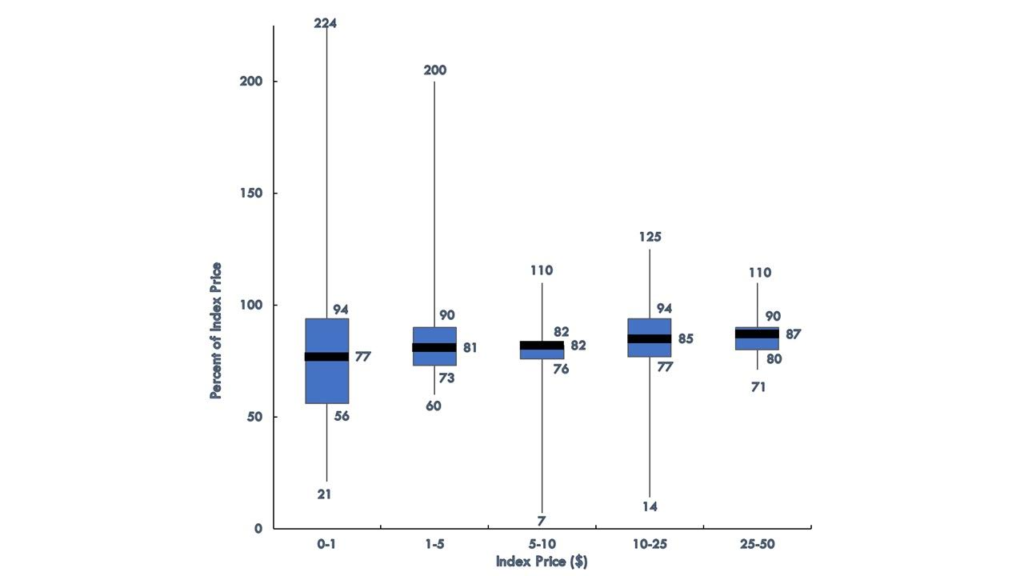 Where I feel really great is that last column. Of the $25-$50 cards traded, there’s a real packing together. Nothing under 71%, nothing over 110%. Should I decide to go for higher-value cards, it’s nice to know they will be there.

Cardsphere is growing slowly but surely. They have increased membership by more than two thousand users since they went live on May 27 of this year. As I said before, I put in $40 at the beginning and it’s given me a bit better value than I would have gotten on eBay or TCG, but the ability to send out stuff and get stuff back…I’d forgotten how much fun it is. Go try it! Costs you nothing but a stamp.

I’m going to be sending out all I can of Hour of Devastation on Saturday afternoon. See you there!

Cliff is an avid believer in saving money for stuff that isn’t Magic, and his goal is to enjoy this hobby without paying cash for individual cards. Drafts and other events are fine, but buying singles stings. It’s just cardboard! Nothing has the EV of Cubing, though, so that’s a solace to his cold, Scroogelike heart. Find him on Twitter @wordofcommander and tell him about the three ghosts that will be visiting him.