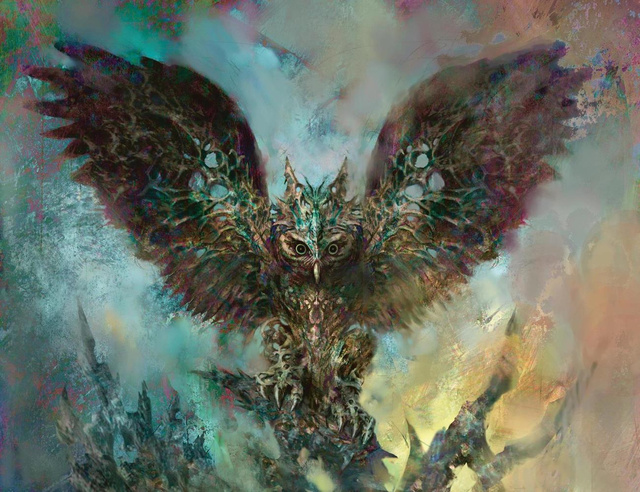 At GP Sacramento last week, being 4-1 and having made several mistakes along the way, I sat down across from Owen Turtenwald, a former Player of the Year with several GP wins to his name. I tried not to be intimidated, but instead, I wanted to see what hints and tips I could glean from someone who makes a living playing this game. He didn’t disappoint.

We sat down, shuffled, presented. I gave my benediction of “May you draw mana in the appropriate ratio” (a phrase I stole from an old friend named Brian Smith) and he said “Good luck.” The gentleman next to me said, “That’s a great thing to say, to hope for good mana.” I said that I hate losing to lucky topdecks.

Owen said “It’s about sportsmanship. There’s no reason to be a bad sport.” And you know? He’s right.

Financial Lesson #1: Don’t be a jerk.

I’ve sort of been a jerk in the past in terms of trades. I’m a touch pushy, I’m constantly asking for trades, and right now, I’m dismissive of most things in binders. Mainly because they are of no interest to me or I know they are out of my price range. The point is, I can spare a moment and be more polite about things. It could only make things better.

In game one, turn two, he plays Stymied Hope to counter my turn two play of Tymaret, the Murder King. I said, “Has that been good for you today?” He smiled and said, “It’s been okay.”

Why on earth am I asking this guy if that card has been good? He countered my play and scryed, he’s maindecking it, he’s gotten full value – from me! – and I actually have to ask if the card has been worth playing? I recognize that there are situations where it would not be optimal. I imagine that if he’d had better choices, he would have been playing them. But all that said…it was there and it was very effective.

I get aggressive and bring his life down while trading creatures. Our boards clear, he plays a Keepsake Gorgon and I do the same. He goes monstrous on his and points to my Gorgon, to which I reply, “That’s an invalid target.” He blinks and looks at the text again, where it says “destroy target non-Gorgon creature.” He nods and looks at his hand again before passing the turn.

I’ve never made a mistake with the aplomb he just showed me. I have a bad habit of cursing my fate to the heavens and questioning why Polis Crusher is the only Monstrous card that has an ability which triggers on damage being dealt. It’s my fault for not reading the card.
This applies in the financial realm as well. You’re going to be wrong about a card. You may well be wrong about large quantities of a card. When you’re wrong, accept that, figure out why you were wrong, and apply that lesson in the future. I try to do that, as I did with Primeval Bounty and the rest of M14.

So he’s got a monstrous Gorgon, while mine isn’t. We each play some creatures and rebuild the board. I need to get aggressive again, so I attack with my gorgon with monstrous mana open and with a Coordinated Assault in my hand. He makes some blocks, his gorgon blocking mine, and I monstrous to kill something else because it was a threat. Know what I didn’t do? Play the Coordinated Assault!

Financial Lesson #4: Think about your plan, especially if you want to change it.

Maybe you change your mind on a speculation. Maybe you’d resolved to hold for two years but find yourself waffling after just one. Maybe something happens and you decide to go all-in on one card.

Whichever avenue you take, be aware of why you’re changing your plan. Nothing is set in stone, but recognize if you’re making a mistake, acting hastily, or being irrational. It’s very easy to be irrational in the current Magic market, with a different card spiking every other day, simply because people think it MIGHT be good in the next set.

I attack Owen down to five and bring back the Murder King with lethal on the board. He calmly plays a Gray Merchant, casts Pharika’s Cure on Tymaret, and is comfortable at 11 now. He ends up taking that game.

So I’m following my plan of adding a third color and changing my lands and cards, going bigger: twelve cards in, twelve cards out. I stack up my deck and shuffle, then present. He does the same. When I look at my opening seven, there’s cards I know I sideboarded out. Oh hell.

I call a judge and ask if I can sideboard. It’s no longer a game loss, thankfully, but I’d like to go back to 40 cards. Unfortunately, I’ve presented my deck and that’s my deck for this game. I was too busy replacing the counterspell, the Gorgons, the Merchant, everything. I got sloppy and careless and ended up playing a 52-card deck with 23 land, losing after drawing eleven of them.

So much is going on, with spikes and articles and counterfeits, that it’s easy to get distracted. It’s possible that while I’m at my day job, cards are going crazy in value. I have to prioritize, though, and focus on what’s important.

Things are no longer under the radar. In fact, we have access to a ridiculous amount of information. If you’re following several hundred people on Twitter, you won’t catch everything being said. Perhaps you should make a new account just for Magic-related tweets (including mine, @WordOfCommander) and assign your interests to different usernames.

I’d like to thank Owen for also telling me that I could still make Day 2 as a 4-2. I dropped after that round, mainly because I wanted to get some EDH games in, but also because I could feel that I was tired and making silly, sloppy mistakes. If we end up playing again, Mr. Turtenwald, you may well win but at least this time I will have more cogent questions and reasonable plays.