What the inclusion of the accessories means is that this event deck was never meant to print $100 bills within a $75 retail package. It was never meant for that Modern player who already has a deck and maybe wanted to branch out into another deck. It was meant for the Modern novice, to understand that Modern exists as a format and that they it doesn’t take much to enter the format if you are willing to play budget versions of decks just like the Standard event decks. 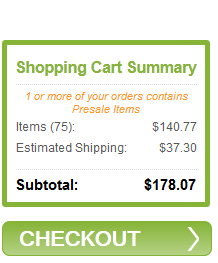