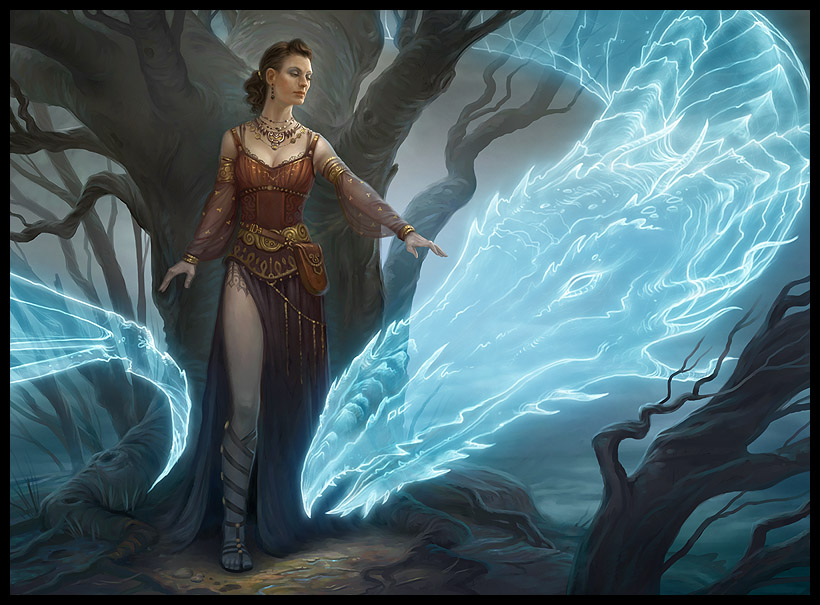 We all know that Tarmogoyf and Dark Confidant prices actually rose shortly after Modern Masters came out. There was a large increase in the demand for Modern staples but there was very short supply.

Several of the cheaper rares took heavy hits but now they are recovering.

Perennial casual favorite Doubling Season is broken with almost anything that deals with counters from hydras to Planeswalkers.

I expect this to continue to grow steadily for a long time to come.

Even some of the cheap Modern Masters cards are giving wise financiers opportunities to profit.

The Electrolyze from Modern Masters has a negative spread of $0.11. The lowest price you can by them for are $0.89 and the highest price that they are bought for is $1.00.

This may not sound like much but a little free money here and there can add up quickly. Any time you can purchase a card at or below buylist price is as close to a guarantee as you can get.

I am in such a generous mood that I am going to be mentioning fifteen opportunities for arbitrage in this article.

Here is one more from a Modern Masters. The common Lava Spike is part of a cheap red burn deck. The lowest vendor has it listed for $0.95. There is a store listing it on their buylist for $2.00.

You will not find many better opportunities to double you money.

Primordial Hydra is a mythic rare that was included in M12 and M13.

It has serious casual appeal but it is easy to slide into any core set that is missing a big green mythic. It could also be used in any supplemental product.

I remain cautiously optimistic. So do vendors.

That may not be a lot but you will never go broke making a profit.

Modern season is officially on. This rare from Time Spiral sees play in a variety of decks from Scapeshift, Ad Nauseam to even Blue Moon and some UWR Control builds.

He is also an oppressive commander.

Last month he suddenly shot from $8 to $34 overnight. That did not last long.

$16 appears to be too low. I could easily see him jumping to $25 or $30 if he sees play on camera in a favorable matchup.

He was in From the Vault: Legends so I do not expect more copies on the market any time soon. This may be the new lowest price that he will see.

I would not rush out to buy him but I would not mind trading for him.

The Scion sees play in UR Faeries but I could easily see him showing up in UB faeries builds. Keep in mind that he can give your Bitterblossom shroud in response to removal. From there it helps your free flying tokens get bigger.

He is also an arbitrage opportunity.

You can buy him for only $2.50. The highest buylist is only $2.51 so I would not rush out to sell them but you will want to have some handy when other players at your LGS are trying to build their faeries decks.

I know that one was not too exciting so let me give you another one.

Flickerwisp from Modern Masters is another valuable uncommon that has some arbitrage potential.

When the margins are that thin I actually would not sell them but it is a great chance to buy staples for Legacy Death and Taxes and Modern GW Hatebears.

Sword of Fire and Ice is a staple in Modern, Legacy, Cubes, Commander and is playable any time you can get your hands on it.

It can be a steady stream of removal and card advantage while providing protection from burn and bounce alike.

In Modern it is used in UR Delver and BW tokens. I expect everyone that bought the Modern Event deck will be looking to turn the Sword of Feast and Famine into Fire and Ice.

In Legacy it is used in Death and Taxes and Esper Stoneblade among others.

I do not see this going down or getting another reprinting for a long time. This is a great card to trade for and sit on.

Modern UR decks of all shapes and sizes are using this to supplement Steam Vents and Cascade Bluffs.

The decks most likely to run them are UR Storm and UR Twin since they plan to combo for the win before the incremental life loss matters.

I do not see a lot of room for growth here. I think it will hit its cap around $10. If we ever see enemy color fastlands I think Shivan Reef would be out of a job permanently.

The Cranial Plating from Planeschase is selling for as low as $1.00 and there is a buylist offering $3.60 for it. That lets you make money even after you purchase a Fifth Dawn copy to replace it.

Tooth and Nail was one of the most powerful cards in Mirrodin that was not an artifact or interact with artifacts in any meaningful way.

It is still a fun way to power out some fatties in Commander and casual combo decks.

It not only provides card advantage but also financial opportunity.

I would grab as many as I could and turn them into pieces of paper with Abe Lincoln’s face.

I mentioned last week that Thraximundar is recovering from being thrown out of leftover Mind Seize decks.

He is a powerful commander in his own right and he works well with the Conspiracy mythic Marchesa, the Black Rose.

He price is on the rise and vendors are taking note.

His peak was around $8 to $9 and it looks like the vendors feel he is going right back.

Even though Manaless Dredge has not been posting very high results it is still a fun and affordable way to test out Legacy. It does not require dual lands, Force of Will or any of the usual suspects outside of Cabal Therapy and Ichorid.

The pieces of the deck have been inching higher.

That is a clear indicator that future growth is expected.

I would get your hands on these. Most of the rest of the deck is still surprisingly affordable as well.

I would get some cheap Golgari Grave-Trolls and Chancellor of the Annex.

Elbrus, the Binding Blade is the kind of flavorful cards that Johnnies and casuals enjoy.

It starts off as a Bone Saw that costs seven mana.

However it has the potential to become a game wrecking 13/13 legendary demon with flying, intimidate and trample. Then it becomes grows larger every time someone dies. This card screams multiplayer casual appeal.

You can cheat the blade into play with Stoneforge Mystic or Quest for the Holy Relic and go to town or accelerate into the steep casting cost.

The bottom line is it is a double sided mythic rare from Dark Ascension. This is one of the less opened sets from the past few years since Avacyn Restored

The fact that it is double sided makes it nearly impossible to reprint. We have already seen some movement with Garruk Relentless.

I normally do not advocate getting into something that is already experiencing a spike but the price of the card is based entirely on casual appeal. These types of cards experience slow and steady growth. The price is still low enough to get on a few and wait a few years.

Standard is getting ready for M15 and then rotation.

Blue and Black devotion decks both ran the Specter but they do not have the stranglehold on the metagame that they used to.

Every week you hold onto these you will be losing money. I would trade them away as quickly as possible. Maybe someone will trade them for a Thraximundar or Bridge from Below.

Rotation will not hit Pithing Needle the same way it did Nightveil Specter.

It gets played in a variety of Modern and Legacy sideboards. It is on its fourth printing but I do not see this going lower than $2.

Even that is pessimistic. The original is the most valuable and vendors want their stock.

Speaking of Legacy and Modern staples that are going to rotate soon, Morningtide Mutavault provides another nice avenue of prosperity.

Cyclonic Rift is going down. It is a very lopsided Upheaval in Commander and even sees occasional play in Modern Mono U Tron.

I do not think this has very far to fall before settling.

I still would not hesitate to trade it for a pair of Pithing Needles.

The gods are at an interesting place. We do not know what Tarkir has in store for us yet. Each of the fifteen gods offers powerful incentive to play their respective strategies.

Phenax is no exception. The big question is how much support would a milling theme have without the Dimir in Standard.

Regardless there is a lot of casual appeal to the strategy.

Phenax has also apparently deceived one of his sellers.

Never underestimate the desires of the gods to meddle in mortal affairs.

This casual favorite aura is played in Modern Bogles and commander decks everywhere.

It is also one of the most striking arbitrage opportunities I have seen. You can buy it for $0.25.

If making back six times what you invested does not excite you then I do not know what will.

I offered you fifteen arbitrage opportunities but I only count thirteen.

You know what that means?

Conspiracy is being opened by rabid drafters and multiplayer fans alike.

We know that several Legacy and Cube staples are being reprinted. The set in not a limited release so many are still wondering exactly what impact this will have on the original cards.

The price is dropping and is currently $24.74. Some places have it dropping more than others.

By the time you get your check you will probably be able to by another copy and then some.

You can find it from the lowest vendor for $17.75. That is reasonable.

I hope someone uses all of this information to make some money.