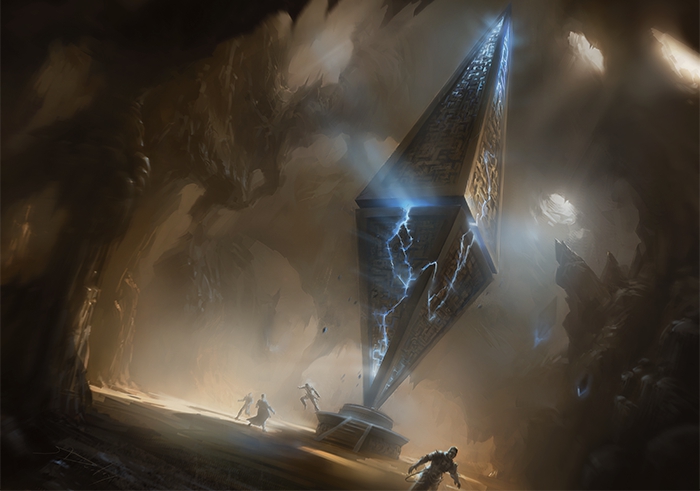 Last week I went over some prices from this set, where I’d expect them to settle out.

This week, I want to note some current prices and start to track how fast they fall. They will almost all fall, because the release of a set will allow the mass cracking of packs, to fill preorders and stock inventory. Buylists also kick in, and let me say this clearly: if you open something amazing, trade it or buylist it ASAP. I opened a Sun’s Champion on release weekend and buylisted it for $25 cash.

So if you crack a Chain Veil, you’re going to get more for it this weekend than you are for quite a while. Trade it to that person who’s dying for it. Don’t be afraid to call it out in a store, seeking that person who wants it SO BAD!

Nissa, Worldwaker ($37) – The midweek spike on Nissa indicates that someone, or a group of someones, has decided that the preorder/prerelease price on her was too low. If this is due to testing for the Pro Tour in August, or some Standard combination of cards. (She is pretty amazing with shocklands…) We don’t know what the motivation is for this spike, but it’s happened very quickly, since the stock on this card is currently very low. We are about to get a lot more available, though, so unless she takes over quickly, her price will lower again.

Garruk, Apex Predator ($25) – The eBay price on this card has dropped about $10 in the past weeks, and at seven mana I don’t think he will be more than a two-of in decks that can play him. It is worth mentioning that in the right deck, Nissa can get Garruk out on turn four without working too hard. His price probably won’t go much below $20, from people who like playing lots of planeswalkers.

Ajani Steadfast ($15) – Here is the problem with this Ajani: at four mana, he requires others to protect him. Without other creatures, he is likely to die quickly and have no lasting effect on a game. His decline will be thorough, barring something very unusual.

Jace, the Living Guildpact ($12) – While this Jace isn’t quite as powerful as some of his brothers, his ultimate is something everyone wants to do. He starts at five loyalty, and it can go up to six immediately on turn four. That’s a lot of damage to do quickly, and if needed, his bounce is expensive but useful. Putting a card in a graveyard appears to be something that the next block will care about, so that sort of speculation will keep him from going more than a couple bucks cheaper.

Sliver Hivelord ($12) – The downward trend has begun for a card that was preordering at $15. I would expect to see the price climb a little as Sliver EDH players scramble this week to get their singleton, and after that demand is met, there’s nowhere to go but down.

Chord of Calling ($11) – Even if there’s a Standard deck that starts playing this, it’s a core set rare. There will be lots and lots of these in circulation, and it needs to be a rather ubiquitous card (like Mutavault this past year) for such cards to keep a price. It sees some Modern play, but probably not enough to see a price increase. It will get to $7-$10 before long.

Soul of New Phyrexia ($10) – Yes, it has a neat activated ability, but this is no Aetherling. To play it and keep the ability open is going to cost 11…and won’t protect from Banishing Light and the like. The price will drop by half.

Perilous Vault ($7) – I suspect that this card won’t go much lower. It’s too good and too scarce to stay in the $5 range. This will be the bane of many Commander games, but considering how easy it is to build a graveyard recursion deck, perhaps this is for the best.

Hushwing Gryff ($3) – Let me talk you out of hoarding this card, looking at it like it is Aven Mindcensor‘s second coming. The Aven is a $10 uncommon because of the set it was in and the number in circulation. We don’t get the specific numbers, but a Magic 2015 rare is probably lots and lots more common than a Future Sight uncommon, solely due to the number of cards printed and players who open packs. The Gryff is not going to hit $10 based on Modern appeal, and I don’t want to hear any more Mindcensor comparisons.