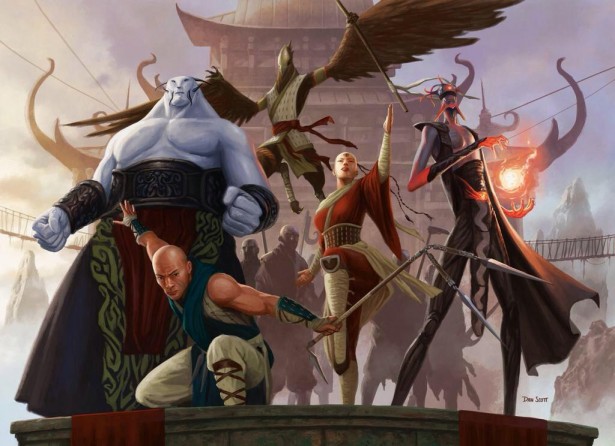 Ari Lax defeats Shaun McClaren to establish Abzan mid-range as the deck to beat this fall. Look for Sorin and Siege Rhino to rise. Huge congratulations to Ari Lax on his 1st Pro Tour win and to fellow Canadian Shaun McClaren on his fantastic 2nd place finish, less than a year after his own win.

The story of the day continues: Jeskai vs Abzan

After 16 exciting rounds the table is now set for one of the most dynamic and diverse Pro Tour Top 8’s in recent memory.

Here’s where we’re at in terms of players and decks:

That’s a dominant 3 versions of Jeskai builds centered on tempo and burn, along with 1 Jeskai Ascendancy combo deck, 3 versions of Abzan builds and a lone U/B control build in the competent hands of master control player Ivan Floch.

Notably absent from Top 8 after solid showings this weekend are the Green Devotion decks in their various forms, the various graveyard based Whip/Sidisi/Hornet builds, and a variety of Esper and Jeskai flavored control decks.

In terms of card copies, here are the key #mtgfinance cards that dominate these Top 8 lists ranked by total copies in main and board:

For the cards on this list that were undervalued, look for them to rise. For those that were already high, their status should be safe for now.