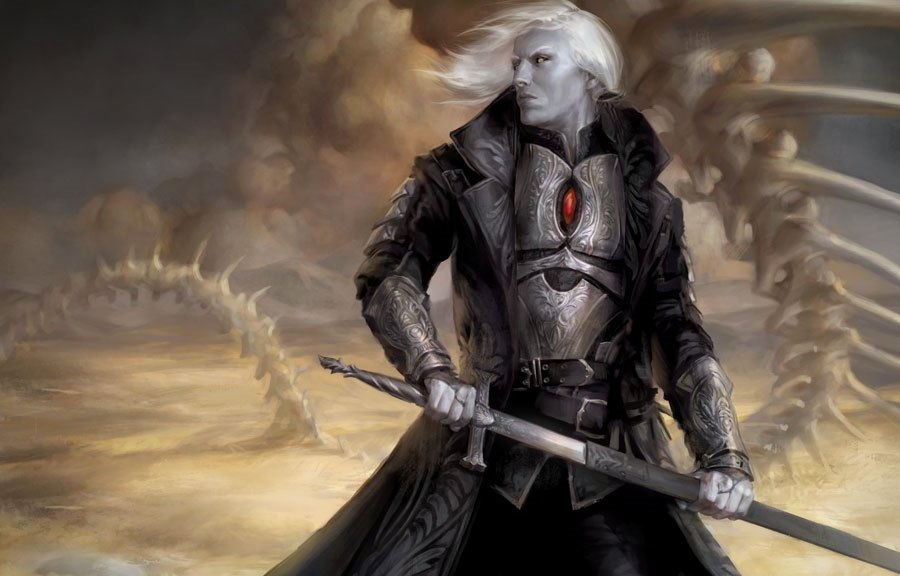 It was a weekend full of great decks, plenty of drama, and an excellent showing from many of the world’s best players. In defeating Shaun McClaren’s Jeskai Wins burn/tempo deck, Ari Lax claimed his first Pro Tour trophy and put Abzan mid-range on the map as the deck to beat this fall. Perhaps most importantly, this Pro Tour has also put Khans of Tarkir on display as one of the most influential fall sets in recent memory.

More than ten KTK rares and mythics made it onto the top 8 stage today, including such notables as Savage Knuckleblade, Clever Impersonator and Rakshasa Deathdealer. But with 6 of our Top 8 decks featuring either Abzan or Jeskai builds, it was really the following  cards that defined the weekend and now threaten to define the standard metagame heading towards years end:

If there was a single creature heralded for key wins this weekend, it was certainly Siege Rhino. The life draining beat stick was instrumental in multiple Abzan victories over aggressive Jeskai hands that had trouble putting games away in the face of one or more 6 point life swings. Easily found as low as $5 last week, this format defining threat has spiked to $10+ per copy this weekend and may gain a few more dollars before the inevitable general downtrend in KTK rares kicks in due to ever expanding product openings.

Dig Through Time has arrived. Initially overlooked in all the hype around it’s cousin Treasure Cruise, DTT was virtual TNT all weekend, blowing up end games with the incredible power offered Combo and Control players when they get to find answers amongst their next seven cards. Spiking from $5 per copy to $40-45/playset this evening. I’d expect a solid $10-12 plateau now as more players explore how best to put this game winner to use.

Wingmate Roc was a big question mark heading into PTKTK, but it comes out the other side with feathers intact. Never a bomb, but frequently a solid roll player, the giant bird twins did work all weekend as an efficiently costed clock that often required more than one answer to escape. Expect the gains towards $15 to solidify through the early part of the week.

Despite being objectively less powerful than Sarkhan or Nissa, Sorin’s ability to slot neatly into the dominant Abzan decks and to help grind out games through life link bonuses or double bat activations was frequently a key strategy in pushing past the last few removal spells and on to victory. Now proudly uttered in the same breath as Elspeth, and often found boosting her soldiers, Sorin, Solemn Visitor should have little trouble heading towards $30 this week.

Speaking of Elspeth, Sun’s Champion, she’s not going anywhere quite yet. The format isn’t quite as aggro as expected in the early weeks, and she’s still doing good work even without Sphinx’s Revelation backup.

Mantis Rider drew blood over and over again at PTKTK and should easily hold $7-8 as a central soldier for the variety of Jeskai brews.

Any uncertain about the dominance of the best cards from Theros block must now be put aside, or at least for this group of powerful staples that made up 4 of the top 6 most popular cards in the Top 8. All of these cards clearly deserve their current price tags and should be neutral to rising heading out of the weekend:

Thoughtseize might have been bad had dedicated aggro decks made a stronger showing, but paying 2 life to get rid of key draw spells, planewalkers and heavy hitting mid-range creatures was good all weekend long.

Though green decks were less dominant than many feared coming into the event, Sylvan Caryatid still did a ton of work all weekend fixing mana problems and setting the stage for victory in the hands of  both Green Devotion and Jeskai Combo players.

With so many powerful mid-range creatures and planeswalkers on display, Hero’s Downfall stood strong as the de facto kill spell of standard this weekend.

Siege Rhino might have won the tournament, but Goblin Rabblemaster still scored thousands of points of damage across the event hall this weekend. With Jeskai blends emerging as a powerful and flexibility cluster of archetypes across the top tables, we can expect the best Goblin printed in years to hold his role as a $15+ staple.

These cards made their presence felt all weekend and are on deck to be a big part of the evolving metagame despite not having the full spotlight this weekend:

Sarkhan, Dragonspeaker was all over the top 64, despite now showing up in vast quantities in the top 8. His power now confirmed, we can expect Sarkhan to maintain a $40+ price point as Jeskai Wins, Jeskai Control and G/R players all find ways to put him to use at various levels of standard play.

Coming at ya straight out of Theros Block events, Prognostic Sphinx shared on camera time with Pearl Lake Ancient as the control finishers of choice in a world without Aetherling and a cadre of top pros who refused to go Esper to make use of Elspeth.

Pearl Lake Ancient: Despite UB Control’s inability to close out key games on camera this weekend, it will surprise few if PLA manages to find a home in a retooled control build at some other prominent tournament this fall. It’s no Aetherling or Elspeth, but the big body, resistance to point removal and potential for life gain shenanigans has proven the mythic is likely worth closer to $5 than $1.50.

It may have fizzled out in Top 8 but Jeskai Ascendancy based combo decks actually performed reasonably well across the tournament. Though the deck is clearly more fragile in Standard than it is in Modern, enough turn 4 kills were still thrown down by the likes of Lee Shi Tian, Dave Williams and other top pros to ensure this deck’s centrepiece holds value in the $5-8 unless the metagame shifts away.

Coming out the other end of the Pro Tour tunnel, we’re facing a diverse and grindy metagame that rewards careful deck construction, flexibility and well considered play. In short, this is a skill testing format, and the stage is set for further innovation as the season progresses. Think you’ve got what it takes to crack the secret formula? First you need to get past my Super Villain (Villainous Wealth Ramp) deck…..bwahahahahah!

One thought on “The Lessons of Pro Tour Khans of Tarkir”