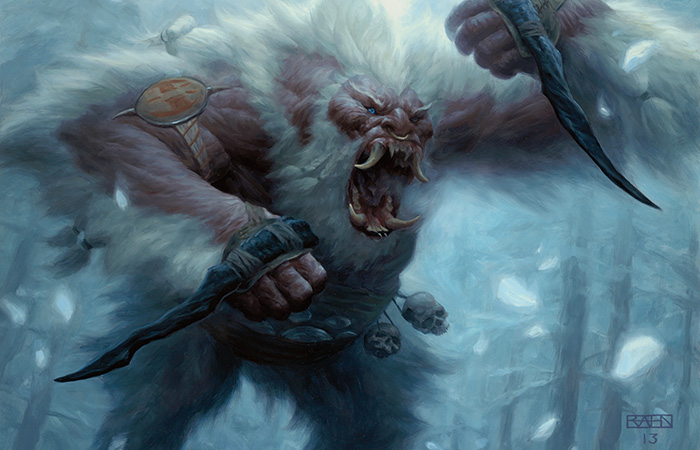 10:15pm UPDATE: Daniel Scheid takes down GPLA with G/R Monsters, beating Mono-Red Aggro, and proving that Stormbreath Dragon is far from being obsolete in the new fall Standard format. Daniel reports that he went 7-0 against Abzan during the tournament to nab the win. Anger of the Gods also looks better in the face of a likely upswing in Sligh style decks since it’s already so solid against Jeskai, Mana Dorks and Mardu early plays.

Another week of KTK Standard is nearly behind us and the story is a fairly exciting one. Despite cries of dismay at the possibility of a new binary Standard format composed of Jeskai Aggro & Abzan Mid-Range, this weekend has unfolded across North America with a clear signal of diversity.

In terms of the total metagame on Day 2 of the tournment, the promising breakdown was as follows (Decks/Percentage):

Sure, the two best decks from PTKTK represented 47% of the field, but the next 40% was broken down across 8 different archtypes.

Decks hunting for Top 8 at the Grand Prix currently include:

Over at the StarCityGames Standard Open held in Worcester, Massachusetts, the Top 8 broke down as follows:

Regardless of how the GP plays out, the sheer number of different deck archtypes (with many builds varying by as many as 12 cards), mean that we are facing an open season where skill, careful testing and sideboard planning are likely to be rewarded as the weeks unfold.

So where does this all leave us from an #mtgfinance perspective?

Well, despite the broad play seen by a plethora of KTK rares and mythics, the fact remains that the expanding supply from cracked packs should continue to drag down the overall set value as we move closer to the holidays. We’re likely to see mild spikes this week on some of the freshly proven performers this week including Butcher of the Horde, Savage Knuckleblade, See the Unwritten and Sidisi, Brood Tyrant, all of which are clearly viable as top tier cards in Standard for the season. Butcher and Knuckleblade can easily hit $4-5 and as undervalued mythics Sidisi and See the Unwritten should be possible to challenge $8+ in the near future, despite only having homes in one archetype.

Crackling Doom, Whip of Erebos, Doomwake Giant and Eidolon of Blossoms are all also live to hold or increase value slightly based on their expressed viability.

It’s also possible that inertia and price memory will force a milder curve until they redouble their results at upcoming tournaments.

It’s worth noting that though several new archtypes and their banner cards have proven themselves, Jeskai Wins and Abzan Mid-Range are still all over the top tables and clearly still circling the podium. Heck, even devotion and heroic sub-themes did far better than anyone imagined throughout the weekend. With no clear losers, it will be tougher for the new cards to drain value from fallen soldiers.

Budget focused players will be happy to note that strong finishes by the relatively cheap Mono-Red Aggro deck makes affordable Standard a real possibility for the budget conscious this fall.