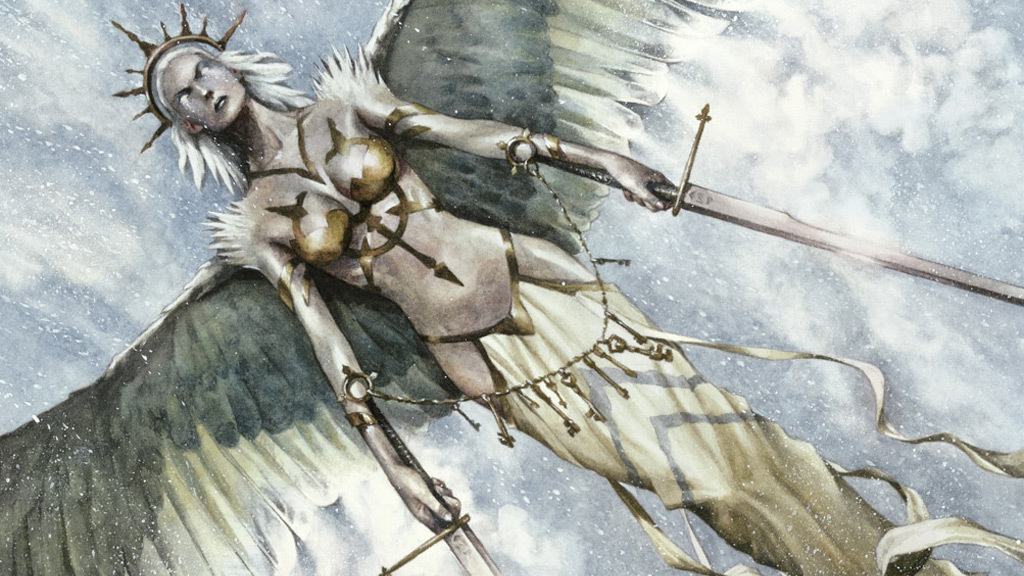 Really, I should have known.

Oh, Wizards teased us and they did it well. A glimpse here, a tantalizing hint there, and then they let our imaginations do the work.

So the full Commander 2014 decks are now on sale, with the contents known to us all. I’m very sad that we didn’t get Iona or Avacyn or even Radiant, Archangel! We got a deck that is half casual Angels and half Equipment theme. I feel like this is a big miss.

Teferi made me think that we would be getting all colors of iconic characters from the past, but instead, we only got him and Freyalise. Perhaps there will be another chance in the future, but this is a missed opportunity.

I’m not saying that Avacyn, Angel of Hope and Iona, Shield of Emeria are safe long-term investments (foils are more likely to retain their value, but at this point, nothing is reprint-proof besides the Reserved List) but those will be harder to print going forward. Perhaps in Modern Masters 2? Conspiracy 2? A Duel Deck?

I want to look at a few more cards this week, but I’m not expecting anything major out of most of this release. Look at the prices for Commander 2011 and Commander 2013 to see how in the long-term, these prices are mostly going to stay low.

Looking at the C13 prices again, maybe Wizards didn’t want to tank the prices of these amazing Angels. I expect that C14 will be printed about as much as C13 was, perhaps a little less, depending on which cards are the high-demand Legacy cards.

Containment Priest – This is a remarkably effective card against Dredge strategies, Reanimation strategies, and especially Sneak and Show decks. It doesn’t work if they Show and Tell Omniscience into play, but the presence of this card might be very warping to the Legacy metagame. I expect this to increase in the near term (say $25, especially with the Legacy GP being so near) but settle quickly into the $10-$15 range.

My inclination is to say that this and Dualcaster are going to be the major Legacy players.

Malicious Affliction – It’s true that this is a bit difficult to cast at BB. However, it’s also the casting cost of Hymn to Tourach and that’s a card that sees some play. It won’t kill a Deathrite Shaman or a Tombstalker, but there’s tremendous upside against decks that are heavy on counterspells. You get the copy when you cast this spell, so they have to be able to counter both. On the downside, you’ll have to target both copies at the same creature if you’re concerned about counterspells. An interesting card that I think will end up around $3.

Song of the Dryads – I don’t see this getting much Legacy play. There’s cheaper ways to deal with creatures (Lignify, Swords to Plowshares) or lands (Phantasmal Terrain, Spreading Seas). It’s unlikely that this keeps much of a price.

Titania, Protector of Argoth – This has Legacy potential. I like the thought of playing her, getting a fetchland back, and cracking that land to gain a 5/3 creature for free. It’s for certain that she would be more feared in Modern, but costing five may price her out of Legacy.

I want to reiterate that this set is going to see some widespread printing. Wurmcoil Engine is down $5 since it was spoiled and it’s not done dropping. Goblin Welder has lost about 25% of its value. Thran Dynamo is down $3. There are going to be a lot of cards that take a hit and never get up again.

If you can get a deck or two today, and trade its components immediately, there is value to be had. There will not be value for long. Wizards is using this set, and others like it, to take cards that are fun from being rare (due to printing/age) to being common enough that anyone can get one with minimal expense. 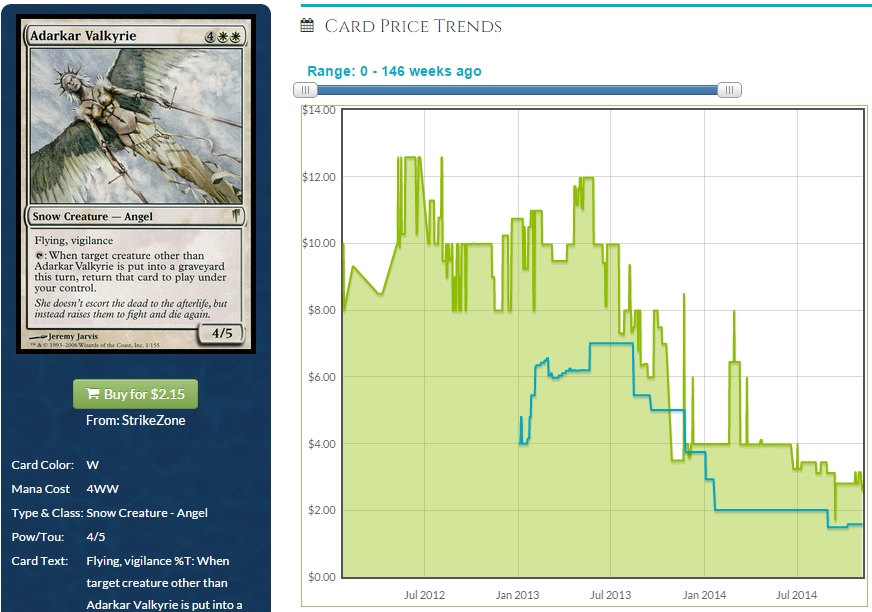 Look at the drop last summer when it was in Modern Masters.

Have another one: Avenger of Zendikar 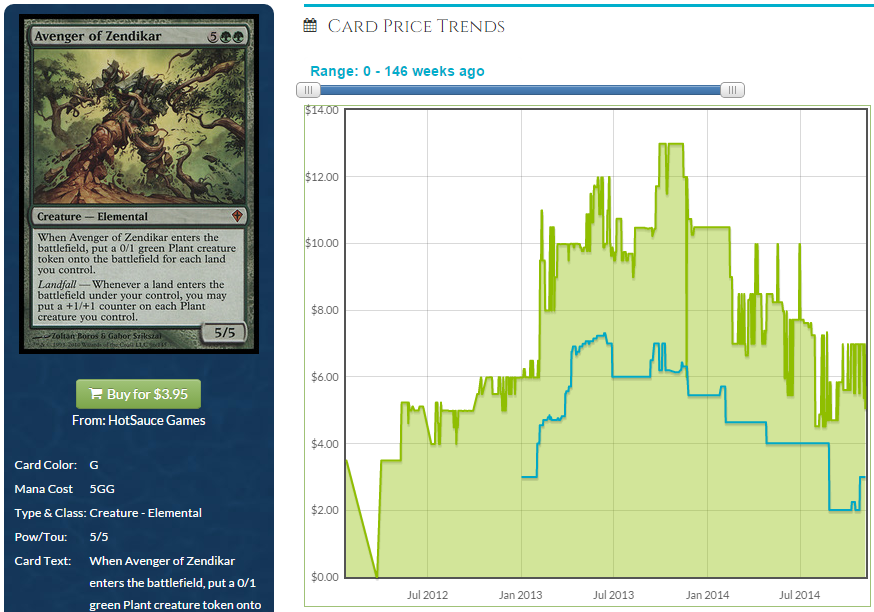 Commander 2013 was spoiled in mid-October, and the price was high for a couple of weeks, then began to fall. That’s the pattern I expect, and that’s the pattern you should be working from if you’re trying to extract value. Go ahead and try, but don’t build up a big inventory. Speed is going to be everything.

If you’re dying to grab a deck and try to trade/sell for the value, I don’t think that’s a winning play but the red deck has three big cards in it: Wurmcoil, Dualcaster, and Daretti. This does not bode well for the prices of the other cards in the red deck.

Personally, I’m going to sort through the new cards and slowly trade for what I want. I’m going to figure out what I would take out of decks first, because if I can’t decide what to cut, I’m not going to waste time and value trading for a card I won’t use.

Use the code “MTGPRICE” at checkout for a 5% additional discount!