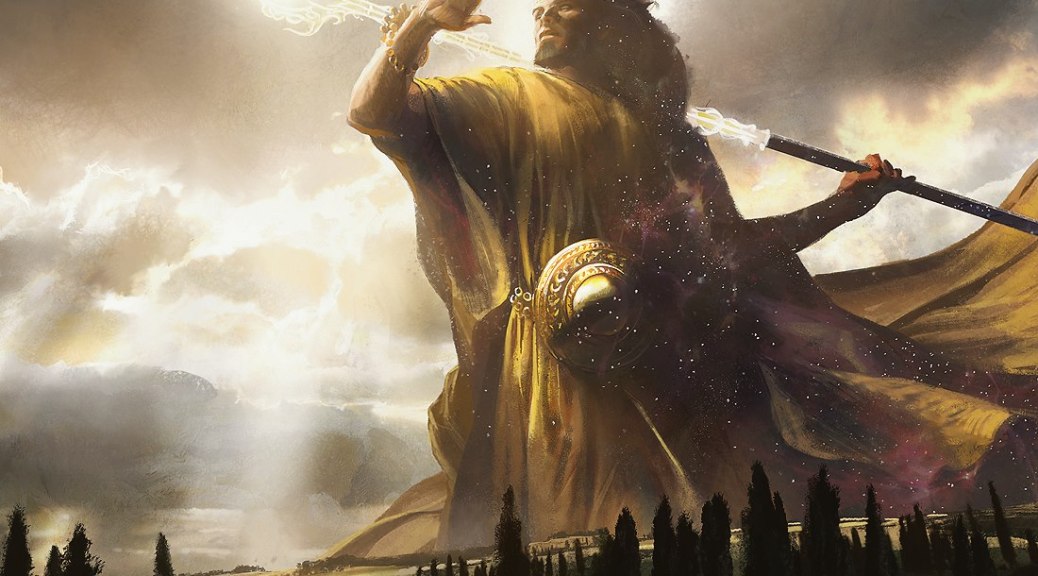 Heading into GP New Jersey next weekend, a tournament that is likely to be the largest Legacy Magic event of all time, we have a metagame before us that pivots on the fulcrum point that is U/R Delver decks. Suddenly most of the creatures you need to kill (Delver of Secrets, Young Pyromancer, Swiftspear, Tokens) are begging for the cheapest possible solution that can do 1-2 damage. That card is Forked Bolt. Low inventory relative to immediate demand is spiking the card, and foils have done even better. I was happy to mop up a handful of foils a couple of weeks at market rates based on my early Legacy testing and tourney results, but the paper version could easily hit $3-4 on the floor of GPNJ in a world where Stoke the Flames exceeds that price. The long term prognosis largely depends on whether Treasure Cruise gets banned in Modern, which could signal a shift back towards other decks, but there is profit to be found here in trades at Legacy events in the interim.

The red aggro deck continues to be a popular and viable strategy in local standard metagames despite not taking down any top tables at major tourneys upstream. Depending on how many Coursers and Caryatids you need to punch through this guy can be a very helpful little bastard. I was targeting these at .35 cents and as throw-ins for trades last summer, so trading out now is a good move if you aren’t playing your copies.

With a few strong Top 8 finishes lately, the various Whip decks have staked a claim to Tier 1 deck status in Standard for the season. Some decks go so far as to play 4 copies of this legendary enchantment, which is helping to boost the price. These will drop near rotation for sure, due to a complete lack of legacy play, so if you can trade out extras in the $2-3 range that’s a solid move, looking to pick some back up for long term holds next spring/summer.

First it was jank. Then it was the hidden king of combo. Then it was too fragile for Standard, but ban-able in Modern. Then Ivan Jen took down SCG Open Oakland last weekend with his Heroic/Ascendancy hybrid deck and demonstrated yet again the versatility and power of this multi-facted combo piece. They key here is whether it’s getting banned in Modern this winter, and so far, the lack of results there makes me say no. Assuming it survives the first swing of the axe (which will almost certainly hit Treasure Cruise regardless), this could be a serious gainer heading into next fall as more cards become available to expand the combo options in Standard. I’m quite happy to these up at $2-3 and roll the dice for a role in multiple formats. I’m also holding a plethora of Japanese foils of this card, but it’s a risky move.

What Snapcaster Mage was to Innistrad and Abrupt Decay was to RTR block, Thoughtseize is to Theros. All are eternal playable power cards that the MTGFinance community told everyone repeatedly to buy at their lows. Thoughtseize never got much below $15, but I managed to snag several sets in the $12-13 range.  Now it’s in the low 20’s and likely to regain 30 within 18 months with ease. My records tell me that I was selling Lorwyn versions at $55USD summer of 2013, so getting back in this year around $30 on those was also solid. With both versions climbing far in advance of rotation I’d grab any sets you want for play or speculation sooner rather than later. You may get a chance to snag copies at a good price from standard players trading out next fall, but then again, you may not.

We are now at the point where virtually all of the gods are excellent pickups for long term holds. These are iconic and unique mythics that are unlikely to see reprints in any specialty products anytime soon due to thematic issues and the need to be surrounded by devotion strategies. Commander 2015 would have been a fine vehicle and WOTC passed on that opportunity due to proximity to release, so they should be safe for a few years at least. I’m happy to snag a ton of Heliod around $2-$2.50, as he can easily be expected to settle in around $6-8 down the road. Keranos is the only god I’d wait to target at rotation. The others I’ll be buying in piles heading toward summer lows, happy to dollar cost average.

Kiora is a great Planeswalker, but she’s too fragile in the current burn heavy standard meta and she’s just been announced as one half of the spring Duel Decks release alongside Elspeth, Sun’s Champion. In my mind, both cards are worth dumping sooner rather than later, as they will surely crash heading into summer and will then by buys at half the price or less. For what it’s worth I prefer the original art on both cards, so it’s worth watching to see if the bottom will drop out on foils at some point, opening an EDH spec.

As covered earlier, there is far too much value in the new Commander 2014 red deck to allow this freshly reprinted mythic to stay up. I think the floor on this is somewhere in the $8-12 range, and at the lower end of that I’m in for a few sets as longer term holds and to play with, since I only had a few in the collection until now. If you can manage to trade them away above market averages, that’s a slam dunk right now.

This guy has put in plenty of work in the last year and has nothing to be ashamed of. First commanding around $30 at his release, he later dipped to under $10 this summer, when I was snagging him for $8. He spiked in the fall on middling standard results and lessened availability to around $18, but is now falling again on lack of play. You should have got out a few weeks back, but it’s possible he sees a resurgence based on new cards in the next two sets this winter/spring so holding your playset isn’t crazy.

Big red threats aren’t winning enough top tables, and when they are, they’re generally named Sarkhan. I’ve been dumping extra copies for a while, and we’d need to be facing down a significant metagame shift before I’d change my mind.