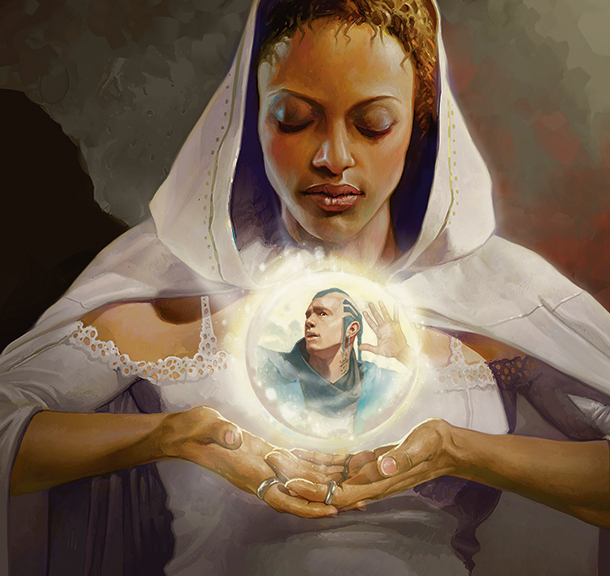 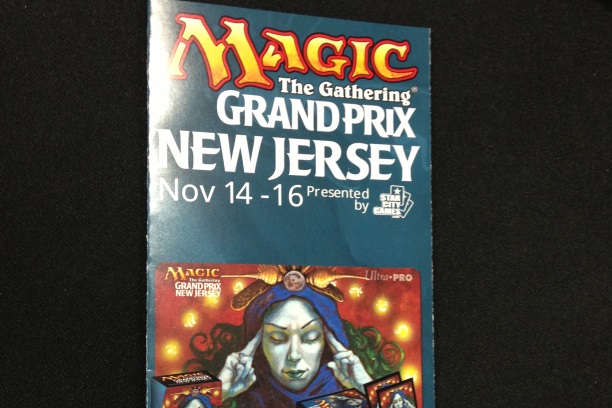 With over 4000 players in the room, the card trading action at Grand Prix is hot and heavy this morning.

A survey of the 15+ vendors on site, confirmed that many of the expected trends for the weekend are in full effect. With the heavy turnout of U/R Delver decks, many dealers are reporting that cards both for and against the expected metagame pillar are moving briskly. 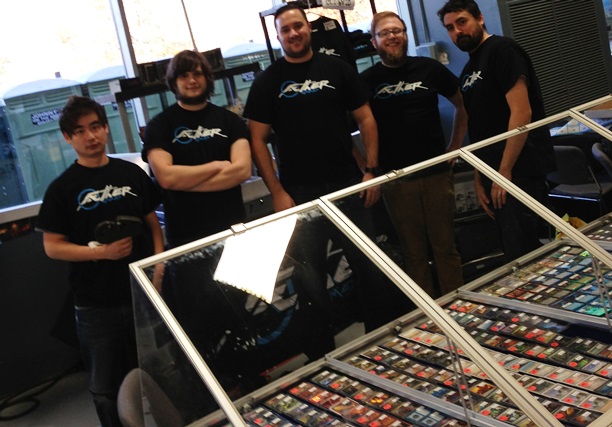 Kyle Lopez of Aether Games reported similar trends and stated that he thought Forked Bolt could come out of the weekend in the $5-6 range and hold it moving forward barring a reprint. He also indicated that his team was staying away from Treasure Cruise foils in expectation that the price is headed down this winter before it rises any further, as well as remarking that Delver of Secrets foils were likely too low in the $15-17 range. Given the prevalence of the U/R Delver builds, Lopez believes that Volcanic Island could soon eclipse Underground Sea as the top priced dual land. He also pointed out that at $2-3 Narset is almost certainly a buy, and suggested speculators take interest in foil Sidisi, Brood Tyrant and Narset for future EDH gains. 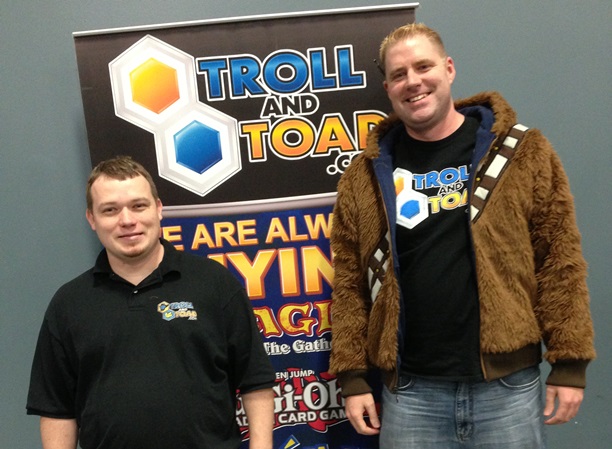 Andrew Stokinger of Troll and Toad echoed the sentiment on Volcanic Island, noting that they were pricing the U/R dual at $250, just $10 below a similar quality Underground Sea in their case. Stokinger reports that Khans of Tarkir has outsold Return to Ravnica and Theros by “at least 30-40%”, though demand was starting to flag as the market for standard decks reaches saturation. At the Troll & Toad booth Kor Firewalker has popped from $1 to $5 on strong demand, likely in anticipation of Delver and Burn appearances en masse across the event. Forked Bolt is moving briskly at $5 and Price of Progress, a card that has strong chops against much of the field, was selling out at $10.

Across the floor the card mentioned over and over is Containment Priest. Originally priced at $15-20, the card is now selling in the $40+ range, if you can even find a booth with any in stock. Strikezone staff report that both dual lands and shock lands are moving well, with the shocks being used by budget conscious players to fill holes in slightly detuned versions of popular decks. Some players are even playing standard decks in the main event, largely driven by the desire to capture the Grand Prix Promo Batterskull, Brainstorm playmat, deck box and sleeves being handed out to every participant. At Strikezone, Energy Storm and Elemental Tokens were also moving briskly. 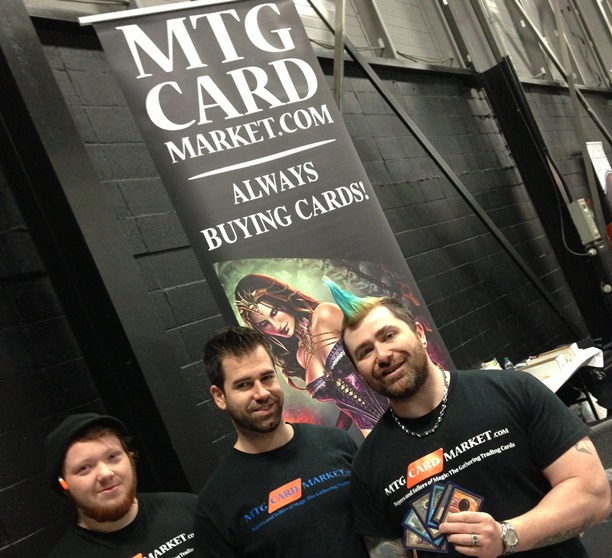 At MTGCardMarket, Containment Priest, Null Rod, Forked Bolt and foil Treasure Cruise and Dig Through Time were hot sellers, and the booth was one of the only ones to have the Harmonic Slivers in stock I needed to finish my deck.

Adam Hotza of HotSauce games highlighted Smash to Smithereens was moving strongly at $6 and predicted that the floor on fetchlands would arrive in January 2015 in the $10-12 range. Other dealers disagreed, with one staff member explaining that “fetches will hold steady above $12. It’s the other rares, even good ones like Mantis Rider and Siege Rhino, that will keep falling.” 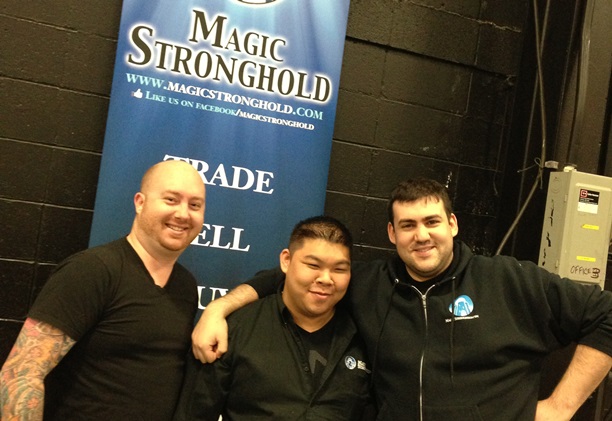 Magic Stronghold outlines that Dimir Charm has been moving well, as a flexible answer to multiple issues in the metagame, and also reiterated strong demand for cards from Lands, Deathblade/Stoneblade variants and U/R Delver.

Stay tuned later today as we keep an eye on the top tables for developing trends and check back in with the dealers Sunday morning.