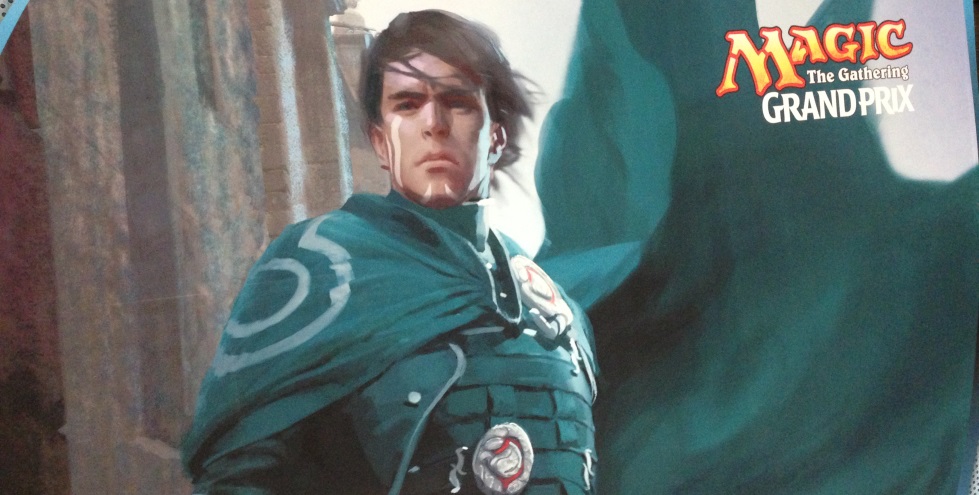 If you want to take the temperature of the metagame at Grand Prix New Jersey this weekend and figure out what’s driving the Legacy metagame, there are few ways more direct than to check out the Sold Out cards at the main StarCityGames vendor booth.

Here’s an overview of the sold out cards as of Saturday afternoon on the floor at GPNJ in photo essay form: 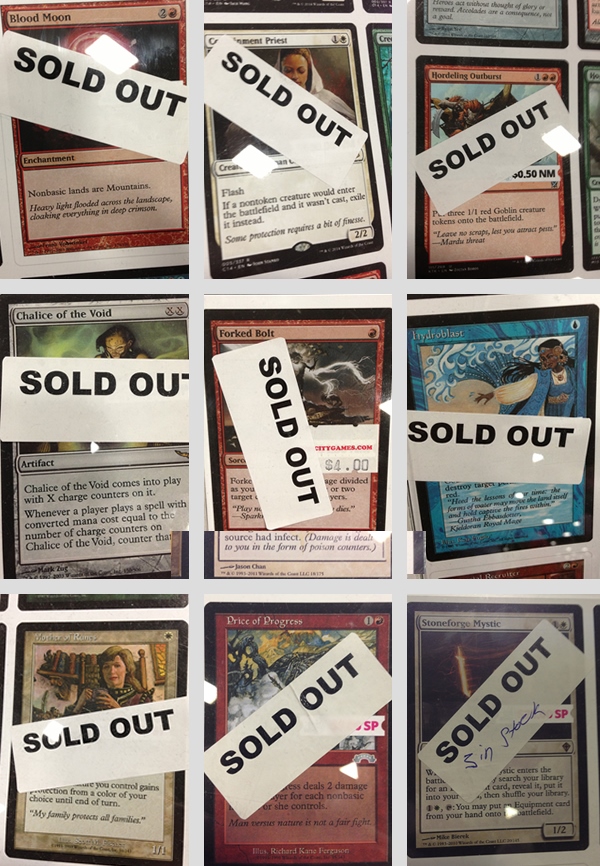 Here we see a selection of U/R Delver cards emptying the dealer cases to fulfill the needs of the dominant deck in the metagame. Various forms of the Stoneforge and Maverick/Hate Bears have been prevalent as well, as seen by the white cards that have run out of stock. Containment Priest was sold out everywhere, and currently holds the title of the most (over?)hyped card of the weekend. Despite the lofty $40+ the white sideboard card was fetching this weekend, it’s likely to fall back towards $20 as more Commander 2014 sets are opened. That being said, I did witness EFro take down Sneak & Show in Round 9 using the Priest in response to a Sneak Attack activation. 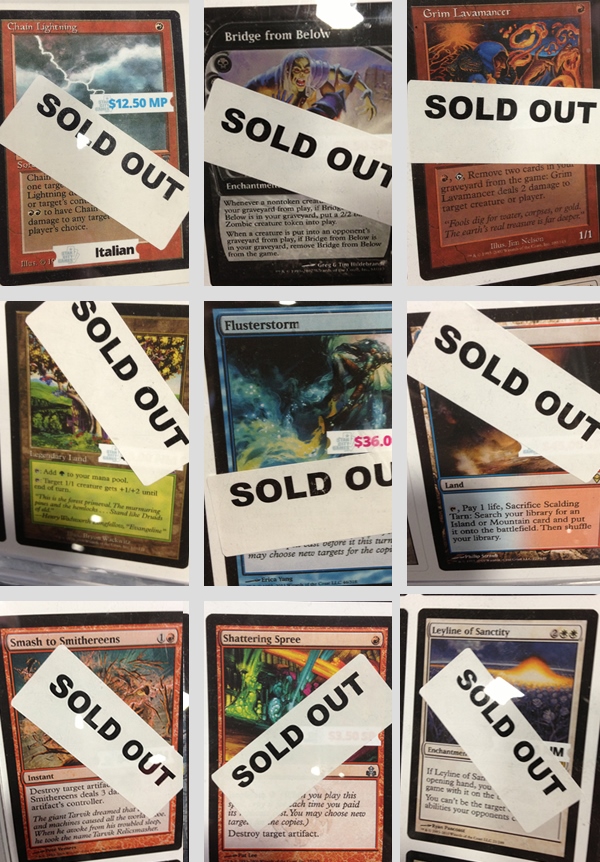 Here we find, hiding among the burn, delver and stoneforge cards, some excellent sideboard pieces and Legacy role players. Leyline of Sanctity answers Burn, TEPS and half the Delver strategy. Smash to Smithereens has been putting in work all weekend taking out Batterskulls and Jitte. Ditto Shattering spree. As some U/R Delver players shift away from Daze, slots are freeing up for Flusterstorm, which also sees play in several other decks with access to blue. Pendelhaven is an Elves card, a deck that was estimated above 20% of the metagame heading into the tournament.