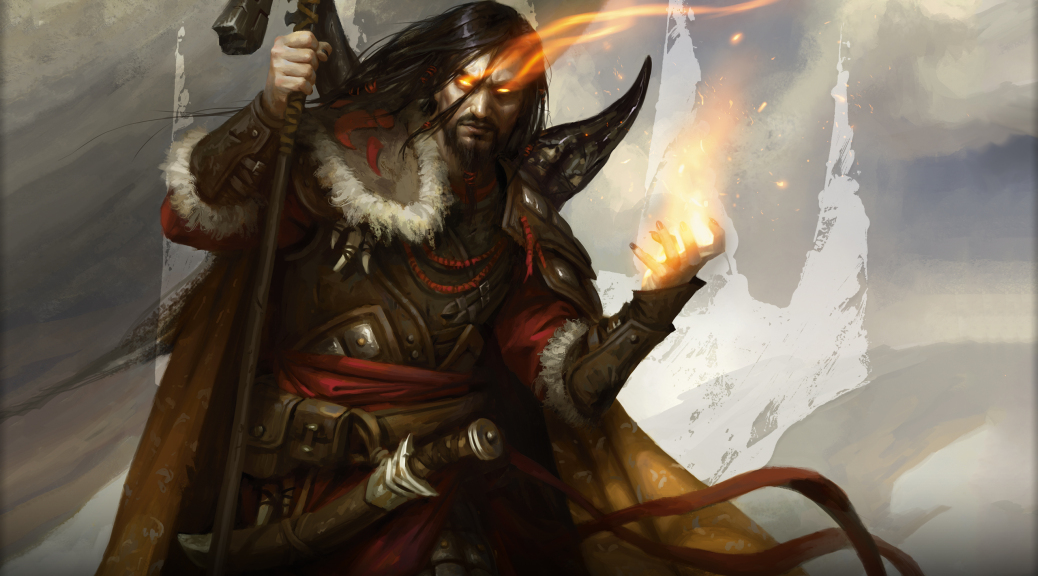 That is the question. First I should probably explain why.

Today I’d like to compare two cards to each other that are eerily similar but at the same time vastly different – Sarkhan, the Dragonspeaker and Stormbreath Dragon. I have a feeling that one of these cards could be a breakout mythic that reaches heights of $30+ over its Standard life. The question is, which one?

Just look at how similar these two cards are on the surface:

If you would have told me that there would be two cards in Standard that are this similar on the surface I would have told you that Wizards R&D would never do that, it is too lazy even for them. Now that it actually has happened, I can actually prove that they’re getting lazy! Yeah, let’s make sure to have that awesome mythic rare hasty dragon in every set that can appeal to spikes and casuals… At least its not a titan!

Wait though, let’s point out the differences before we start saying that Wizards has been getting really lazy.

Looking at the differences the two cards operate entirely different from each other. Sarkhan can perform the role of both control and aggro when needed, whereas Stormbreath is the definition of a midrange card and can only provide that role due to the linearity of it being a creature.

Based on the differences lets delve into the specific good and bad things about each card.

Pros and Cons of Each

Thundermaw Hellkite would be the closest comparison to Stormbreath and Sarkhan that we’ve seen in the past. Below is the chart noting its progress from Oct 2012 through Jan of 2013. 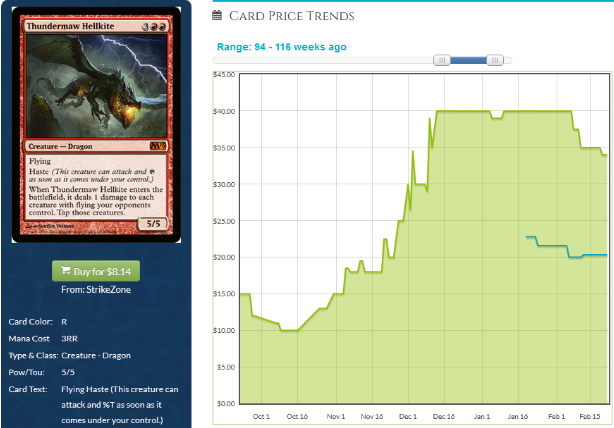 Notice that December is the month that the card started seeing a price increase, and it finally spiked in the middle of December to $40. Stormbreath and Sarkhan will not follow a similar pattern because they are from the fall sets, which means that more packs were opened due to drafting and higher print runs. Since Hellkite was in a core set the price increase was more pronounced based on demand.

What we can conclude from the graph is that around the middle of December, the point we’re at now, is when cards are going to start spiking for Standard play going into next year. Yet Strombreath already experienced a spike and decline in October from $25 to the current price. 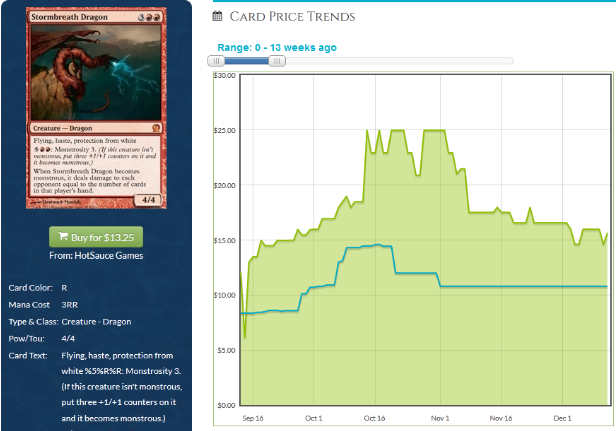 Well, players were picking up their copies due to the hype of Mardu as deck. Then, since the clans are generally well balanced, stores weren’t selling as many after the new Khans Standard hype and had to lower the price. This trend isn’t something we’ve seen before which is why I’m interested in tracking Strombreath’s price over the next few months. Will one clan become more dominant and make this card better?

Based on the current price trend, Stormbreath appears to be in a lull and continuing downward. It hasn’t reach its lowest point again yet which means that it could just as well swing back up if more players find it powerful in Standard. Fate Reforged could make or break this dragon.

Sarkhan, on the other hand, feels like the safer long term bet for me. If they don’t create another dragon-type card like Sarkhan or Stormbreath in the next few blocks then he will be the go-to card for you five casting cost hasty beats. Being a planeswalker also makes him safer from huge price swings like other mythics that tend to be more flash-in-the-pan.

In summary, Sarkhan feels like the longer term safe bet for Standard while Stormbreath has the highest chance to spike from Theros being out of print and its protection from white which can help it against the white clan decks that have dominating Standard. If the right help is given to red decks in Fate Reforged, expect to see more of Stormbreath after January of next year. It already spiked based on a format shakeup and could just as easily spike again.

One thought on “To Sarkhan or Not to Sarkhan?”