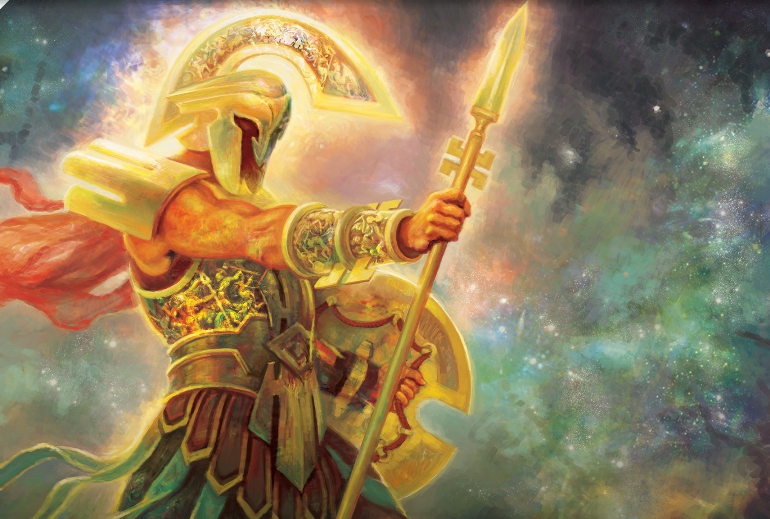 Here’s your weekly update on what’s been shifting around in price in the world of paper Magic: The Gathering this week. This week, we’re staring at a set of subtle shifts as we hit the seasonal lows for KTK rares and mythics:

Fatestitcher shot up after showing up in Sam Black’s innovative update to the Jeskai Ascendancy combo deck in Modern at Worlds 2014 last weekend. It’s also showing up in Legacy. The card allows Ascendancy players to access the “untap a permanent” part of their combo without dipping into green for mana elves, immediately improving the consistency of the deck. Foils have also been on the move, jumping from $2 to $10 this week. There’s not much juice left here, but if you managed to snag some of those cheap foils, you should almost certainly be selling into the hype.

Whip decks are a major component of the vibrant Standard metagame at present, and good showings at several big tournaments lately have demonstrated the importance of the Whip as a multiple in any deck trying to harness this strategy alongside Sidisi and company. There isn’t much upside left here, with the max price on Whip likely being somewhere in the $5-6 range given upcoming rotation and a lack of play in older formats.

This powerful late game card is enjoying a small boost after showing up in the winning mid-range Abzan Standard deck at GP Santiago as a 3-of alongside 3 Hornet Queens for massive late game value. It will need some more big finishes and wider adoption, preferably across multiple decks, to keep moving up, but as a “small set” mythic, Soul of Theros has the potential to hit $5 in the right metagame. It also has longer term casual/EDH applications though a double-up is only likely via Standard success this winter/spring.

The slight bump in price here is purely a result of the increasing casual demand for Slivers in the face of additional additions to the tribe in M15 and some fringe play in Legacy via Counter-Slivers. I’m pretty deep on these, with about 50 copies in the long-term box, as I see it as an easy $5-6 card within a couple of years. Also see foils of Sliver Hivelord if you’re investing in the tribe.

Miracles continues to put up solid results in Legacy and this pillar of the deck is slowing building value on the low possibility of reprinting and the deck’s lack of ban-able cards. It’s not a good spec target however,  mostly due to limited applications in other formats and it’s usage in but a single deck in competitive play.

Glittering Wish earned a large price bump this fall when it showed up in early Jeskai Ascendancy builds in Modern. With the deck now moving away from green mana, Wish is seeing less demand. It’s still on my radar as a potential gainer, as it’s unlikely to see a reprint in MM2 and is the kind of card that just gets better as more targets and decks appear. That being said, I’ve been selling into the hype as early as eight weeks ago, with the margins from the recently sub-$5 copies being too good to get greedy on.

Nothing against the big guy. He’s putting up great numbers, winning tourneys and showing up in plenty of Top 8’s. The simple fact remains that Khans of Tarkir has been opened a ton, and we’re now in the December part of the season where fall standard cards hit their lows. I’ve been scooping these up anywhere I find them under $15, on the bet that Sarkhan finds a $25+ spike somewhere in the next year, possibly in September 2015. Even if you don’t cash them out later, there are few better places to stash some trade value.

This card was headed up until it’s recent Commander 2014 reprinting, and I’d stay away until it finds a final bottom in the $10 range later this spring.

As with Sarkhan, the flying wonder twins are only getting more tempting, as copies have been ending south of $10 on Ebay and TCGPlayer lately, and could easily top $15-20 by fall 2015, with two quick hit winter sets, followed quickly by MM2 in late May.

If you see an Eldrazi coming, you are best off running as fast as possible in the opposite direction. Likewise, if you see Modern Masters 2 (2015 Edition) coming in May, and it’s already confirmed to include Eldrazi (via Emrakul), getting out of the big lugs before reprints kill their value is also a pretty great idea.