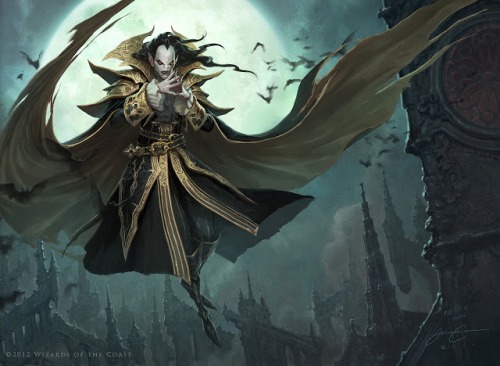 Here’s your weekly update on what’s been shifting around in price in the world of paper Magic: The Gathering this week. This week, we’re mostly quiet on the movement front as folks hunker down for the holidays and dig into the holiday cube on MTGO:

As far as I can tell this guy is moving up purely on Casual/EDH demand. As a double-sided card from a set not being included in Modern Masters (2015), it should be safe from reprint in the near future, but it’s hard to picture what drives it much higher from here.

With Sultai/Whip/Sidisi/Constellation decks all over the Standard metagame right now, and Jeskai and R/W token strategies often found on the opposite side of the table, Doomwake Giant plays a valuable role as a killer of little guys and a reliable blocker for all-stars like Fleecemane Lion and Siege Rhino. As a rare from a lesser opened set, there is a decent chance this guy hits $3-4 this winter if the Whip strategies continue to hold their position on the winner’s podium.  There’s no big play here, but you stashed some playsets away around $1, you might be able to trade out profitably pretty soon.

I have no idea where this boost is coming from given that a signaled metalcraft theme in Modern Masters (2015) opens the door for an imminent reprint and the card is seeing no play of note. Will be watching this in coming weeks to establish whether the bump is a statistical anomaly.

From last week: “Fatestitcher shot up after showing up in Sam Black’s innovative update to the Jeskai Ascendancy combo deck in Modern at Worlds 2014 last weekend. It’s also showing up in Legacy. The card allows Ascendancy players to access the “untap a permanent” part of their combo without dipping into green for mana elves, immediately improving the consistency of the deck. Foils have also been on the move, jumping from $2 to $10 this week. There’s not much juice left here, but if you managed to snag some of those cheap foils, you should almost certainly be selling into the hype.”

The original Jace is still a great card at kitchen tables across the land and it’s starting to inch up just based on distance from the last printing. No reason to rush out and snap any up, but it’s a decent boost for trading purposes if it holds.

The downward pressure against Xenagos is strong with no presence in the Standard metagame at present and rotation looming next fall. Even still, last year’s all-star could still find a late rally if Fate Reforged or Dragons of Tarkir bring forward a newly minted G/R deck of note. This is a planeswalker to watch during the forthcoming previews season and the foils are already looking quite reasonable for future casual use.

Sure, this lands sees play, but it doesn’t see nearly as much play as some speculators were hoping heading into the KTK release in late September. Your exit around $20 as has come and gone and is unlikely to return given the preponderance of pain lands being used in Standard to shore up relatively strong mana bases across the format. Mana Confluence is likely to float down further, settling in an $8-10 range by summer unless a truly innovative 4 or 5-color deck shows up in the metagame based on new cards released this winter.

Nissa’s power is undeniable, but her position in the metagame has been shaky thus far and when she’s played she’s only played as a 1 or 2-of. As a result, we’re likely to see Nissa keep heading downwards. I’m out.

As I write this I’m watching Gerrard Fabiano with a 9/9 Kraken in play at the SCG Player’s Championship courtesy of the watery planeswalker, but the fact remains that Kiora is featured in the Duel Deck this winter. Along with her scant appearances in Standard at present, I’d expect for Kiora to find a floor around $7-8 over the next few months. Trade her away and revisit at rotation for some cheaper copies.

This big bad hydra has definitely pulled his weight since his release in Fall 2013, but along with Xenagos he’s now mostly on the sidelines with the other G/R monsters cards waiting for a chance to jump back into the fray.  I’ll be holding my playset for personal use, but if you only want them for standard use, trading away is a solid move at this point unless Fate Reforged brings some goodies that push this back towards playability in standard.