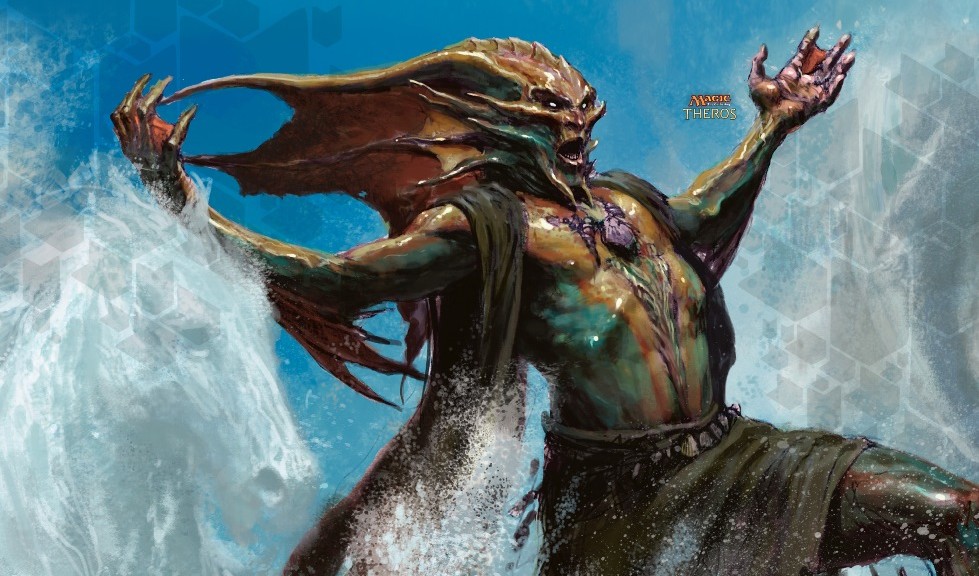 Wow, what a week! Between the Dragons of Tarkir reveals and the Magic Origins and Battle for Zendikar reveals, there are a lot of fresh specs in play.

With the new UUU Shorecrasher Elemental revealed in Dragons of Tarkir, Thassa and Master of Waves both have a chance at seeing fresh play in standard, but I was already acquiring both cards on the assumption that they will find fresh homes in Modern/Legacy eventually or simply age well as casual specs. Either way, they are undervalued mythics and I’m going deep. As of this morning, they’ve both spiked 40-70% off the reveal of Shorecrasher Elemental, so we’ll see if a deck emerges with legs. Some of my copies were bought around $2-3, so I’ll be looking to out them immediately.

Otujai Exemplars was a value play, since I snagged it well below the average pre-order price. I think this card settles in the $6-8 range, assuming some standard play at top tables, but could rise later if it fits into a winning deck and supply has dwindled. I’ll likely trade out early and buy back in when enough packs are cracked to see a new low.

Ashiok, Nightmare Weaver featured prominently in the winning deck at the first SCG Modern Series last weekend in the hands of Sultai master Gerrard Fabiano. He’s not a staple in the format yet, but any chance of this mythic planeswalker seeing continued play in Modern makes me willing to pick up foil copies at market price. Interestingly, the only Japanese copies I could find ended up being from Travis, who got in on them at $30 and is happy to nearly double up and move on to something else.

Decimate is a Conspiracy foil that is selling for 1/3 of the original foil. That gap will close, especially with more Conspiracy hoarded in sealed boxes than actually opened. It’s a great EDH/Commander card and should top $10 within a year or two.

The LoTV was a copy I found at an LGS that hadn’t boosted prices yet from her recent spike/US to CDN currency exchange. Abrupt Decay is a card we should all be acquiring in quantity. It will hit $20 within the year.

Sliver Hive is a highly specialized piece of real estate with huge casual demand, occasional Tier 2 Legacy play and a low chance of imminent reprint. As such I’m targeting an $8-10 price tag within 18 months and have been acquiring them in quantity since release.

As for Tasigur, my early call that he was underrated has come true, and I now expect this guy to be a multi-format player for many years. As such, his small set foils are pretty tasty at any price under $30 and I’ll aim to acquire plenty over the next few months.

On the sales side, I’m generally stock piling more than selling, but I cleaned out a few randoms this week, and I’m ramping up to out my Tasigur piles up 300% to move in on foils.

Jared says:
“I bought End Hostilities due to the reveal of Ojutai’s Command and Narset Transcendent. U/W Control is getting good support from Dragons of Tarkir and End Hostilities will fit in the deck nicely.
I picked up the clash pick Whip of Erebos because I think its a nice long term hold for Commander. Whip gives a powerful effect to black decks and I like the art on the clash pack foils. It adds another layer of collectability to the card.
Lastly, Saffi was another Tiny Leaders pickup. In addition to Tiny Leaders she is also a decent Cube/Commander card.”

Scourge of Valkas: Spreading out my Dragon holdings in anticipation of DTK increasing interest in the entire tribe.

Scourge of the Throne: Dragons and dragon-related cards have been spiking a lot recently with Dragons of Tarkir on the horizon, and Scourge is well positioned. It’s been creeping up for awhile, and Conspiracy was not opened much. When I bought in I was intending to wait anywhere from a month or two to a year, depending on how long the demand took to squeeze the market. Turns out I was only a few hours ahead of the wave as we’ve already seen a good spike on Scourge this week!

See the Unwritten: Something will be battling against our heroes for Zendikar in the fall, and it’s a pretty safe bet they’re the Eldrazi. Who doesn’t want to dump the new Emrakul and Ulamog into play with this? At a little over $1 each, the card doesn’t even have to be good. People just have to think it will be in order to make a profit here.

Battlefield Thaumaturge: I’ve liked this card since it was spoiled, but never bought in. With Assault of Dragons in DTK, alongside another red token maker, you can kill your opponent turn four with a sequence of Dragon Tempest, Hordeling Outburst, Thamaturge and Assault. At $.25 the risk is very low and the price potential is in the double digits if the deck breaks out.

Sage of Hours: I talked about this card in my article on Wednesday.

Hall of Trimpuh: Glorious Anthem effects have always been popular, as noted by the >$1 price tag on the eponymous card despite six printings. A colorless anthem from a small spring set stands to be at least $1-$2, and possibly $3-$6.

Chord of Calling: Chord used to be a $40 card. It’s fallen out of favor somewhat lately, but with Birthing Pod gone, it is the best creature tutor in Modern. With the card at a lifetime floor, now seems as good a time as any to stock up for what could be a $7-$15 card in a year or two.

“Both transactions were conducted during FNM at my local game store.

I stumbled upon a foil copy at my local game store yesterday while sifting through a collection they have just bought. I’m not sure how viable Hypnotic Siren is, but she provides a rare effect in the format and has a Nyx-ified border, which means a very low chance of reprint.

I’ve started offloading the 16 Outpost Sieges I bought at $0.49 apiece last month. Outpost Sieges are currently retailing for $4 – $4.50 and while I’m fine with selling them at $3 – $3.50, I have a nagging feeling Outpost Siege still have room to grow.

Outpost Siege is pretty insane in Standard and Caleb Durward suggested that it may even be good enough for Modern in his article last week aptly titled ‘The Best Cards Not Being Played in Modern’.

I’m optimistic about Outpost Siege’s financial potential, especially when its from a smallish set. Or maybe I should just leave the last 10% to the next person.”

22 thoughts on “MTGFinance: What We’re Buying/Selling This Week (March 7th/15)”