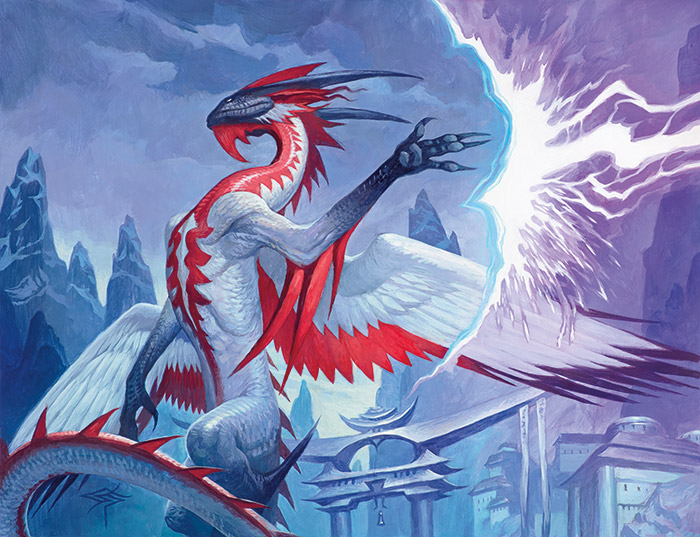 Most of my Dragons of Tarkir purchases were in line with decks I’ve been testing and cards that I highlighted as undervalued in my Digging For Dollars (DTK Edition) last week. As of this afternoon, 4 copies of Dragonlord Ojutai have made the finals of the Star City Games Invitational Standard tournament this weekend, and the card is spiking into the $12-15 range. If you invested last week on my go sign, you would have already doubled up and there’s room for further growth towards $20 if the card continues to do well.  I’ve be holding onto a playset for the season, and selling the rest of my copies into hype. Atarka and Silumgar have also seen play this weekend and seem likely to find a $10 spike at some point during their time in Standard as well. All three dragonlords are great long term casual calls regardless. The more dragons that make Top 8 tables, the better Haven of the Spirit Dragon starts to look and again it’s hard to go wrong with a specialty tribal land that is still available under $3 and has fantastic EDH and casual appeal in the long term. Assuming Corpseweft fails to find a home, I expect it to hit $.50 this summer, at which point I’ll go in for 100+ copies. Having played with this card, I can attest to it’s power potential, and it’s my top pick for a long term 10x return in the set once it bottoms out. If someone finds a way to abuse it in standard before it rotates in 18 months, all the better.

Beyond the DTK purchases, Training Grounds was highlighted by Pat Chapin in a video series this week alongside Pack Rat, and passed my “does it get better over time/it it unique” test. Doubling Season judge foil pricing has been too low, and they’re drying up, so I snagged a local copy. I’ve started picking up Theros gods for the long haul, and a Russian Athreos, God of Passage is a card I long to break in Modern.

This week marked my first exploration of the Pucatrade platform. So far, so good, as I managed to hit my initial limit of 10 cards to ship in under an hour. Most of my outbound cards were either pack opened cards that were collecting dust in my collection or opportunistic dumps (Remand/Inquisition of Kozilek) related to forthcoming reprints in Modern Masters 2015.

“[With the Abrupt Decays I am] putting my money (or pucapoints) where my mouth is, for the reasons that I discuss in my https://blog.mtgprice.com/2015/03/26/cold-tomatoes/ article this week. I firmly believe Abrupt Decay will creep up to $15 in the next few weeks, heading towards $20 by the end of the year. It’s definitely a safe investment, barring reprint as a GP promo. “