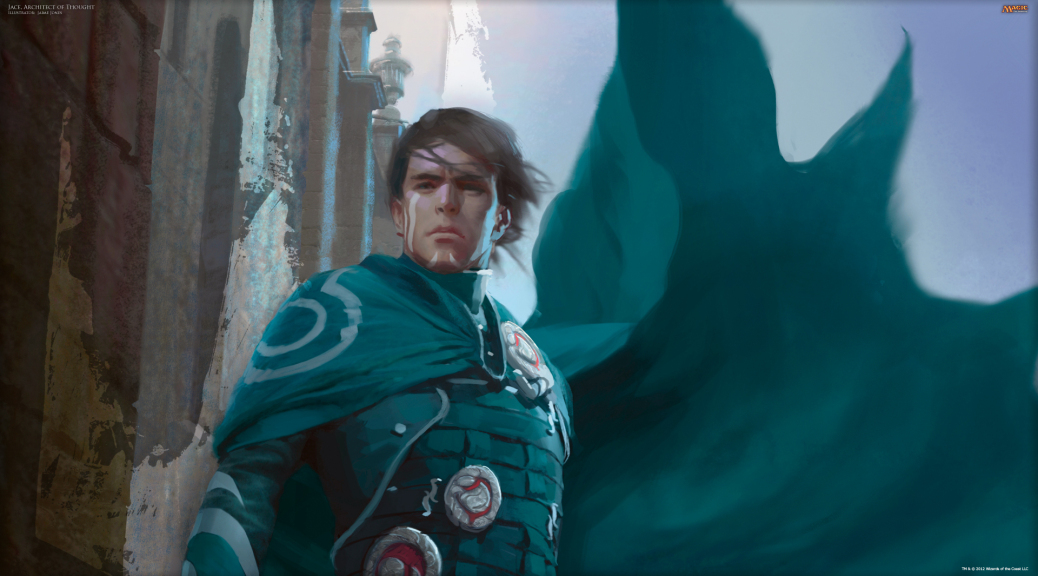 If you’ve been around MTG finance for long, you’ve often heard that trading into Reserved List cards is a great way to lock in and grow value over time. Indeed, picking up dual lands, Force of Will, Wasteland, and other eternal staples has proven time and again to be a great way to hold value, if not make a profit.

But there’s two problems with this strategy:

And let’s be real, for every Old Man of the Sea, there’s a Sorrow’s Path, and despite being on the Reserved List, you should not pick up Sorrow’s Path. I know, these are the kinds of hot takes that keep you coming back to MTGPrice every week. 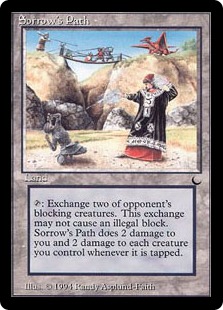 Okay, so what is a new or budget-minded or just-plain-cheap mage to do? Very few people are going to trade their Legacy staples for your Sylvan Caryatids and Coursers of Kruphix, but they’re still losing value every day all the same. Maybe you can flip them into Dragonlord Silumgars and Atarka’s Commands, but those have a shelf life of their own, meaning you’re just going to be playing this same game next year.

Fetch lands are the obvious answer, but everybody touches on that fact, and just saying the same thing doesn’t make for a very interesting or informative article. And even still, it’s been shown that reprinting major lands in Standard drops their prices in a big way, so it’s not like you can just hold on to fetches forever.

So where do we look?

It’s In the Title

Look, you already know I’m talking about planeswalkers today, so I’ll quit pretending that I’m leading up to some major revelation.

Planeswalkers, you may be aware, are a casual favorite, from kitchen-table to Commander to Cube. There aren’t very many of them (only 59 by my count!), which makes them special compared to just about every other card type in the game. When they are good in eternal formats, they tend to get pretty darn expensive. 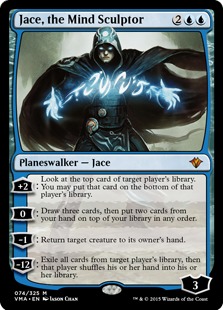 But even when they’re universally despised, they still hold a minimum amount of value. Even Tibalt, the Fiend-Blooded is around $3, and nobody wants that card for any format. (True story: I will always live in shame that I lost in the finals of Avacyn Restored Game Day to a Craterhoof Behemoth–Unburial Rites deck featuring Lingering Souls and, yes, Tibalt. So I guess somebody wanted it for a tournament, shockingly.)

There are distinct categories of planeswalkers, and we’ll be grouping all 59 of them today, for posterity.

Okay, this one’s easy. If you’re looking to lock in value, don’t trade for Standard planeswalkers. They are almost always fringe-playable in Standard at the least, and that helps buoy their values until rotation. The floor price almost always comes just after they rotate, so I wouldn’t mess with Standard planeswalkers until then (unless you need them to actually, like, play Standard).

There are 16 planeswalkers currently in Standard, which is kind of crazy when you consider that’s more than a quarter of all planeswalkers ever printed. There’s 10 that I believe will be available for between $4 and $5 after rotation, and significantly, never go down from there.

Only Jace, the Living Guildpact might go below $4 of these—that guy may indeed end up being buddies with Tibalt. All these others are trade targets at $5, in my opinion. They’ll hold that $5 in perpetuity, and many of them will gain value over time. (We’ll look at past examples of this effect later in this article).

There’s an exception to buying planeswalkers while in Standard, and that’s that there’s almost always a planeswalker that hits it big leading up to and through rotation. We saw it with Jace, Architect of Thought a couple years ago, then both Xenagos, the Reveler and Ashiok, Nightmare Weaver last year. The potentials in current Standard for this type of growth are:


Sorin is parenthetical because I mentioned him above, but with a current price of around $10, he could fit in this boat. Really, though, all of these cards are a little more expensive than Jace, Xenagos, or Ashiok, and I just don’t feel like any is a great buy right now. At around $8, Sarkhan, the Dragonspeaker comes closest, but I’d like to see it around $6 before I pull any triggers. It’s not like the card has been blowing up the tournament scene in the last year.

Ugin is interesting, as Karn Liberated‘s history is going to impact the Spirit Dragon’s trajectory in a big way. I don’t believe we will ever see Ugin below $15, and that will likely not be until rotation. Being from a small, middle set means the supply is particularly low, so I would not be surprised to see this outstrip Karn within a few years.

Finally, Garruk Apex Predator and Nissa, Worldwaker will probably not drop to the $5 point where I expect most other current Standard planeswalkers to end up. Any price under $10 for these two cards is probably a good acquisition rate, as these are powerful, evocative, popular, and in low supply. Like the last few core sets, M15 wasn’t overwhelmingly popular.

Very few planeswalkers make it in Modern, and even fewer make it in Legacy. When they do, the price usually reflects it, although to varying degrees.

It’s a very short list. Elspeth and Ajani both are between $10 and $20, but both have multiple printings to help satisfy demand. The other four or are all $25 or more, with Jace and Liliana pushing up toward $100. Dack gets most of his demand from short supply and Vintage playability, but it’s such a powerhouse in that format that it seems reasonable to add it here.

Still, though, with so few planeswalkers being good enough—and I highly doubt any in Standard will join this list expect perhaps Ugin—the next section is where things get really interesting.

I’m going to divide the rest of the 59 planeswalkers we haven’t discussed into two groups: “bad” planeswalkers and “good” planeswalkers. I’m basing this on what’s popular in Commander, Cube, and other casual formats, as well as just how frequently I see a card played anywhere. Yes, this is fairly subjective. Deal with it. Fair Trade Prices are as of April 27, 2015, and are listed next to each card.

You can certainly argue that some of these deserve to be on the “good” list, but I don’t think there’s much argument that this list closely approximates “the 15 worst planeswalkers ever printed,” give or take one or two that’s still in Standard (with the exception of Jace, Memory Adept, which just doesn’t see a lot of play because it’s too good in small-deck formats and not good enough in big-deck ones).

Note that only two of these planeswalkers are under $4 and only four are between $4 and $5. Many are over $10, some in the face of reprints. The average price of these “bad” planeswalkers is $6.81.

Here are the planeswalkers most often seen in Cube, Commander, and other casual formats, plus ones that were powerhouses in their Standard formats, are liked as characters, or just otherwise popular or powerful. This is everything not mentioned in this article so far:

Here we have an average price of $8.71, just about $2 over what the “bad” planeswalkers are worth. Pulling the average down are Daretti, Scrap Savant (who Douglas Johnson called out in a recent article) and Jace, Architect of Thought, which is at a shockingly-low $2.82. Yes, this saw a Duel Deck printing, but so did several of the cards on the above list, and they didn’t ever go this low. Jace’s Duel Deck art also has the distinction of being hideous, so you would think the RTR versions would be worth a bit more.

Check out the charts for some of the above cards. Except for the ones that just rotated out of Standard, many have been increasing over the last year. Tamiyo went from $12 to $19. Koth went from $4 to $6. Nicol Bolas went from $4 to $10.

As a general rule that holds true so, so often, planeswalkers go up over time. They almost never go down, except when they rotate from Standard. Even reprints don’t devastate their prices in the same way they devastate other reprinted cards. In many ways, planeswalkers are some of the safest cheap investments you can make.

Besides Jace AOT, Garruk Relentless just seems too low. Sure, it’s not big and flashy for Commander, but it’s fantastic in Cube, only has one printing, and is the only double-sided planeswalker ever printed. For all I know, that last point could actually be a point against it, but double-faced cards really did end up going over very well (and will be back in Magic: Origins).

And the best thing about picking up rotating planeswalkers? Whether they end up in the “good” camp or the “bad” camp, they all tend to go up over time. Isn’t that awesome?

I’m going to revisit this topic periodically, perhaps every few months, but at least once or twice a year. Planeswalkers perform like nothing else in MTG finance, and that makes them worth a close look on a regular basis.

Have comments? Want to harangue me for calling your favorite planeswalker bad? Or do you want to point out the next hot planeswalker spec? If you have things to say, you know what to do.