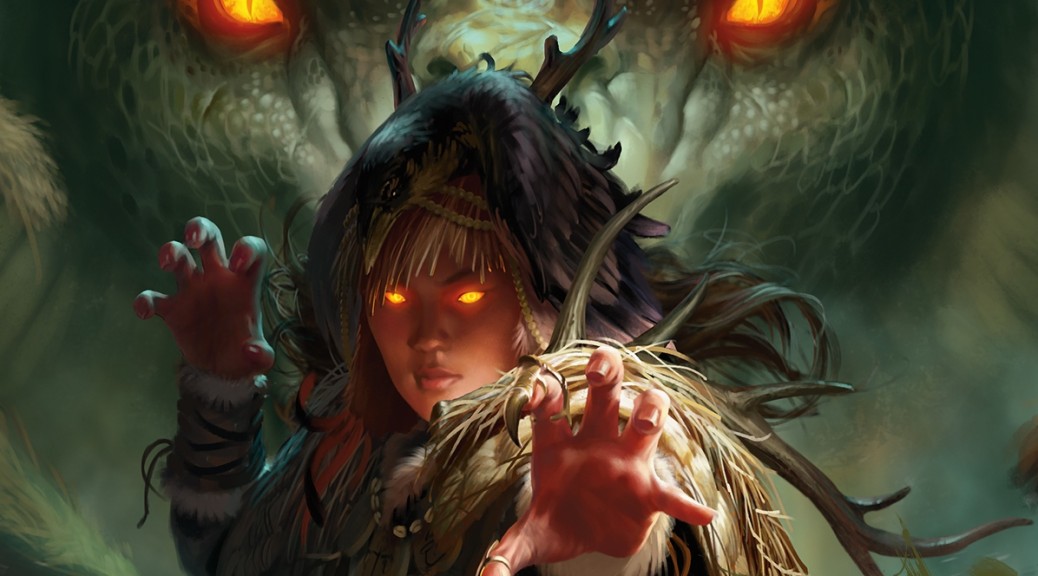 Coming off of my tour of lovely Bulgaria and Turkey I haven’t been in buying mode, but I did pick up a few things here and there.

Hangarback Walker expanded its horizons this weekend at Eternal Weekend showing up in the finals of the Vintage Championships in a Workshop deck. The card has now demonstrated viability in almost every relevant format and I’m happy to pick up more foils anywhere under $25 since Origins will ultimately have lower sales than a major fall set and the card is often a 4-of wherever it pops up. I see this is as a mid to long term hold with a $40+ target.

The Russian Origins box is my vote of confidence that Origins may actually end up producing more than a few Modern and Eternal relevant cards (Hangarback Walker, Dark Petition, Jace, Vrynn’s Prodigy, Evolutionary Leap, etc) that may be highly desirable in Russian foil down the road. This is a long term hold, targeting $200+.

I’ll be posting my report on Magic in Bulgaria and Turkey later this week, so watch for that.

“Dragon Whisperer is an extremely cheap mythic red two-drop from a third set. Power level is high. She’s only made a splash so far, but red is saturated right now. Come rotation she could easily be the best red two in the format.”

“Shaman plays well with the coming Eldrazi, and is a third-set mythic. Could break $10.”

“Re: Tasigur, a while ago I noticed that foil Abrupt Decays were about $30. The nonfoils were around $7 – $10 at the time. My suspicion was that $30 was too cheap, especially for how much eternal play they saw. I picked up two extra playsets. Within two weeks, they had spiked to $80, and I was wishing I had bought more. With Tasigur’s ubiquity across formats, I’m not making the same mistake again. He’s possibly the best black creature in Standard, Modern, and Legacy. While a non-foil reprint would harm his price, foils are going to be quite safe. I’m looking for this one to at least double by the spring of 2016.”

“Whisperwood Elemental was $15 not that long ago, and all the cards that make him good (Den Protector, Deathmist Raptor, and Mastery of the Unseen) are all sticking around through rotation. I’d like to buy more if he ends up under $4.”

“Sarkhan is a $4 Planeswalker with a solid power level. He’s mostly been pushed out of Standard by Stormbreath Dragon, but that guy is leaving us soon.”

“Wingmate Roc used to be $15-$20. He’s at bulk mythic pricing now, and could certainly be a major Standard player again later this year.”

“Woodland Bellower demonstrated notable power during the Pro Tour. With no price movement so far, a breakout performance could send this skyrocketing.”

Anafenza, the Foremost is down to $3.50 from $7.00 before the release of Dragons of Tarkir. It’s also 12 tickets on MTGO which is usually a good indicator of play. There are some other factors at work (mythics command a larger portion of a set’s price due to redemption online) but I think this card is going to be one of the few cards to rebound during BFZ.

Tragic Arrogance is the real deal in standard and it is also quite powerful in EDH. I decided to grab foil copies to play with as they will likely retain more of their value as time goes on. The spread on foil and non-foil copies is closing pretty quickly so this may even see a price correction in the near future.

Regarding Abrupt Decay, I found a player that wanted to sell some cards for quick cash. I offered him more than local buylist and he accepted. Hard to pass up this kind of deal.

“The Eldrazi will probably all be “colorless” despite costing colored mana. Ghostfire Blade was pretty good with thopters so I can’t see it getting worse with more colorless creatures.”

“Jace was sold to a local player looking to play the Majors/Cuneo mill deck this week. The price included no fees so its hard to pass up a deal this good. I think I will likely be able to buy them back in a month or two for $20 or less.”

“Creeping Tarpit was sold to a player (so no additional fees) and I’m pretty sure the manlands will be reprinted sometime in the next year or two and there is no real reason to keep this.”

“I discussed Narset in my article this week, and all 20 copies I requested were sent pretty quickly. I also discussed Sarkhan and wasn’t sold at that time, but I pulled the trigger on a playset and will probably try for another couple.”

“Dragon Whisperer is a mythic that may be forced to step up if mono red continues to be a thing in Standard. I think this has enough casual appeal that it could be a slow gainer in the long term, as well. It reminds me of Kargan Dragonlord in many ways, which is $7, so I think the risk is low. One copy will probably go in my cube.”

“Daretti is a great pick-up right now and people seem to know. I think I had 16 on my list and only one got sent.”

“The Outpost Siege is for my cube, though it’s likely starting in the on-deck binder until/if I decide to expand or switch up some strategies. Some Standard play and a spike could turn this into a (very) minor spec, though.”

Here is my buying for this week:

“I found some great deals through Amazon, and using some of my Amazon points that I’ve been accumulating I thought I would put them to use by picking up some much needed Fetchlands for my portfolio. I really needed Strands and Deltas, as I’ve been steadily trading for Heaths, Foothills, and Mires over the summer to build up a nice stockpile.”