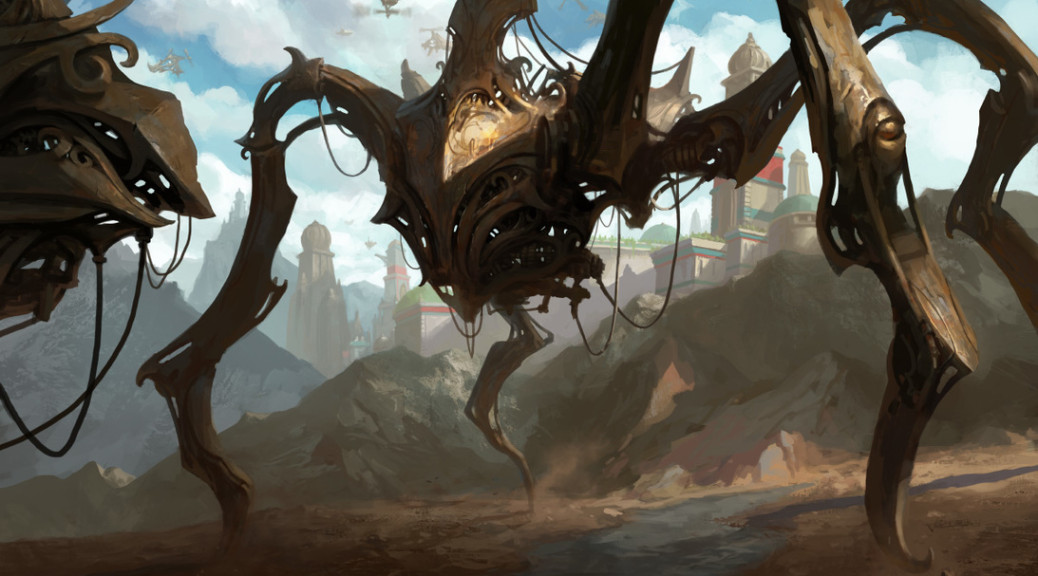 After completing the research for my new series, MTG Finance Growth Stocks, I put my money where my mouth is and dove in on a few of the specs that seemed most likely to pop sooner or later. Some of these cards were already on the move, but the exposure this week seems to have helped push foil Jace and Hangarback up to the next plateau.

Hangarback Walker is exhibiting many of the early signs of a multi-format superstar, showing up in a myriad of Standard decks and enjoying early experimentation in Modern, Legacy and even Vintage. As a colorless creature with a flexible casting cost and synergies with +1/+1 counters, artifacts, sweepers and resiliency against point removal, the card has the potential to show up in a ton of decks moving forward. A strong role player with little reason to ever be banned, Hangarback was one of my top picks for Modern foils likely to gain value ahead of the market average. The card has now gone through a buyout and seems to be settling between $40-50 for the time being.

Like Walker, Jace, Vryn’s Prodigy has taken the Magic world largely by surprise and it has proven value in both Standard and Modern with hints that it may even see play in Legacy or Vintage. As a summer set mythic that is exceeding expectations, targeting the foils was a no-brainer from my perspective. Now that the card has spiked feel free to unload for value if you can, or simply hang around for a year and hope for further gains.

Evolutionary Leap foils are a pet card I expect to end up in the $30-40 range within a year or two when someone figures out how to break the card in Modern or Legacy and wins a tournament with it.

“Whisperwood Elemental was the most promising mythic I found in my review of Fate Reforged this week. I tend to like buying cards even less expensive than this, but I like the card enough to speculate on a playset.

Getting additional Sarkhans is representative of my ever-increasing belief that this card will get somewhere above $10 this fall. There are still more on my list and I hope they get sent.

I was on the fence about Wingmate Roc, but Travis’s commitment to the card this week convinced me to pick up a couple sets. Thanks, Travis.

I only discovered Gilt-Leaf Winnower wasn’t $5 like ten minutes ago. I threw a playset up and two were committed before I even finished drafting my section of this article, so there’s some additional content for you. Supply of Magic Origins won’t be high and this is a really good card. I like it quite a bit at under a dollar and may go deeper.

Monastery Mentor and Soul Fire Grandmaster are both cards that are a little too expensive for my speculative tastes, but I needed these both for my cube. Now, if they spike significantly next season, which is not outside the realm of possibility, I’m certainly willing to turn them into profit and wait until rotation to make them a permanent part of my list.”