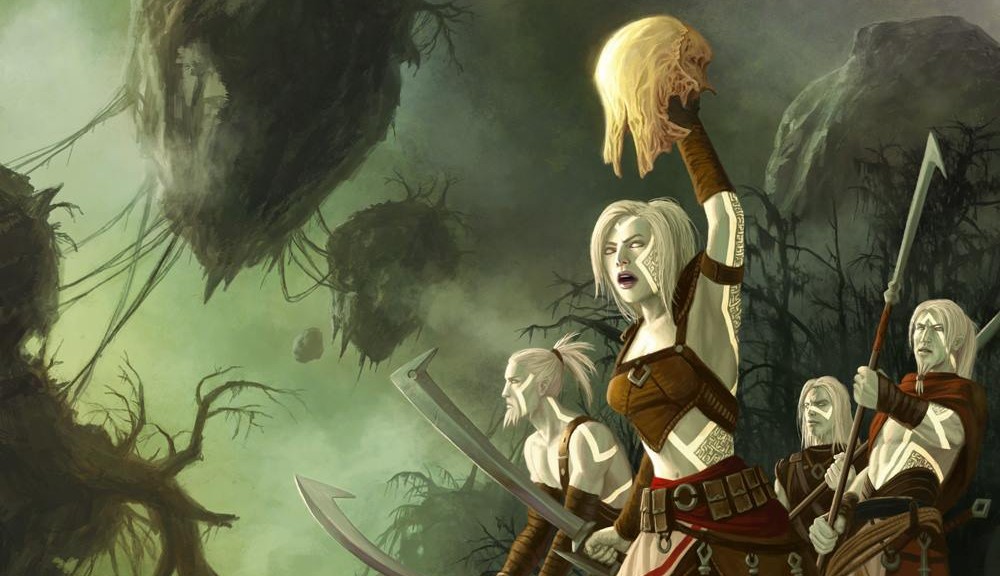 Every so often, I like to go back and look at my old predictions and laugh at what I got wrong.

Today, though, I want to address two big misses from just about everyone who did an early review of Magic Origins: Jace, Vryn’s Prodigy and Hangarback Walker.

Both of these cards have experienced tremendous growth and are popping up in all the formats. Hangarback is seeing play in Vintage! Moxes and Black Lotus have been used to cast this!

So where did we go wrong? What lessons can we learn? First, I want to go over some reviews of these two cards and see what’s going on. 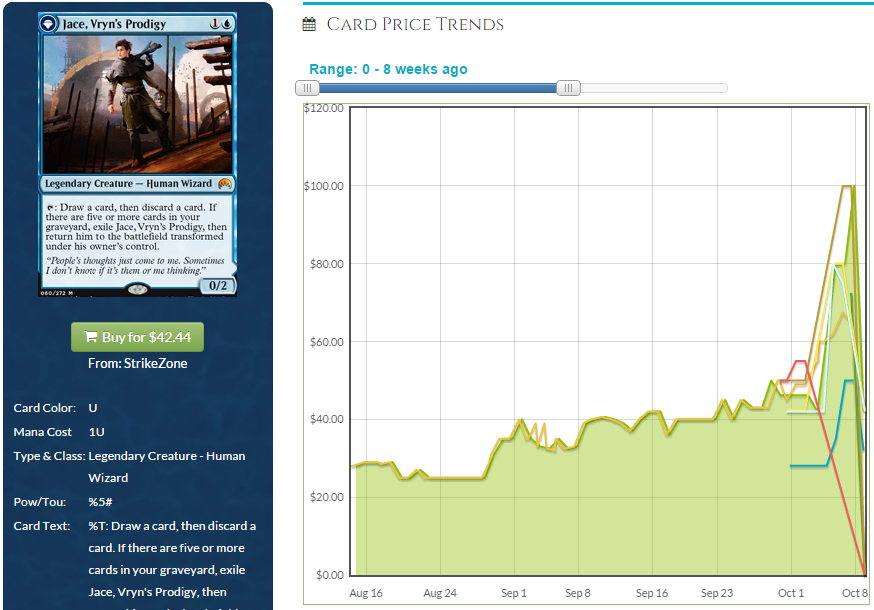 People recognized right away that looting is good and often made the Snapcaster Mage comparison.

A good card, a good mythic planeswalker, can have a strong price. Seeing $20 or $30 is not mindblowing in the current Standard environment. If it sees play in Modern or Vintage, then it’ll depend on how many get played and in how many decks. For example, Tasigur, the Golden Fang is popping up in those formats, but never as a four-of and not in every deck.

People were high on Jace, making predictions about Jace being $30, even $40. I certainly didn’t see these lofty heights coming from the fifth Jace, and it’s been a long time since there was a Standard card at more than $50. In case you missed it, Kid Jace is within $5 of Jace, banned in Modern.

Once the Prodigy started popping up in Modern and Legacy decks, that’s the signal to get on board the train. Interestingly, the foil price is just $15 more than the nonfoil, a sign that it’s not casual demand driving the price. If Jace stays big in the two older formats, expect that foil to go up big soon.

What made Jace worth playing all across formats? Where did we mess up? What traits can we look for in the future?

First of all, he’s a blue card. Blue has been the best color in Magic for a while, especially in the older, more powerful formats. It’s no coincidence that blue cards are easily assimilated into more expensive formats. Being blue increases the chance of play there and we should have seen that coming.

Also important: the early source of card advantage. Looting isn’t card advantage, though improving your hand is a great ability. What does give you extra cards is the flashback ability, something we already knew is good and expensive, thanks to Snapcaster Mage.

Finally, because of how easily Jace, Telepath Unbound can be used up, the ease of flipping into planeswalker mode, and the low casting cost, we should have seen that this was going to be a four-of all over the place. Maybe Tibalt, the Fiend-Blooded scared us away from two-mana planeswalkers?

Let’s look at the other surprise: Hangarback Walker. 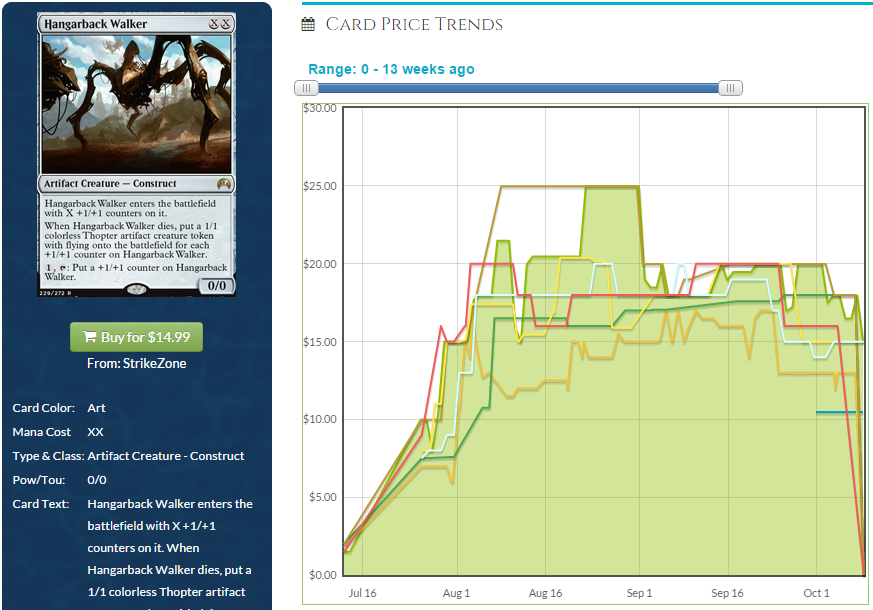 One review, two review, and three’s a charm.

Yes, that last piece is where I called Hangarback a card that needed a little help to be better than bulk. Mea maxima culpa.

There was a lot of speculation about how good this could be, but it wasn’t predicted to be an auto-include, a card you have to plan not to play. It also wasn’t foretold to make waves in older formats, and definitely wasn’t a called shot to hit nearly $20 as a rare.

So what did we miss?

Hangarback isn’t blue as Jace is, but it’s good both early and late. I’ve been surprised at how willing assorted decks are to play this on turn two and grow it as needed. Abzan Charm is all over the place, so keeping the power at two is important. The key is that you have the flexibility to do what’s needed at the time, and that flexibility has turned out to be very good indeed.

The card advantage is very much a factor here too, since you need exile removal to deal with this on a one-for-one basis. Especially with Bile Blight gone, those Thopters are always going to be buzzing around. It’s very easy to be stymied about attacking into an untapped Hangarback, because you’re going to take a swarm of hits on the next turn.

This level of card advantage is what draws in Modern players and has the Construct popping up in Vintage lists. Vintage! The land of untapping Time Vault, or turn one wins with Belcher! That’s how powerful this level of redundancy is.

Looking back, we should have seen the parallel to Thragtusk. Thragtusk did it all, and did it in one of the most creature-hostile environments. You couldn’t bounce it for value, it was designed to beat Standard Delver decks playing Vapor Snag, and it was printed multiple times to make sure the price stayed accessible. Hangarback has already been announced in an Event Deck and there will be zero hesitation to further increase the supply.

That risk of reprinting is another factor in Jace’s price: double-faced cards are notoriously hard to make and integrate into products. The uncut sheets of the five double-faced cards from Magic Origins show all the languages, because the integration just couldn’t happen for some engineering reason. So Jace, despite the price, is likely a safer pick.

I hope you think about these things the next time you’re evaluating what to buy. I always try to learn from my mistakes. What other factors do you think played into these two cards increasing as they have since the set’s release? Let me know in the comments what I missed.

5 thoughts on “The Lesson Origins Taught Us”