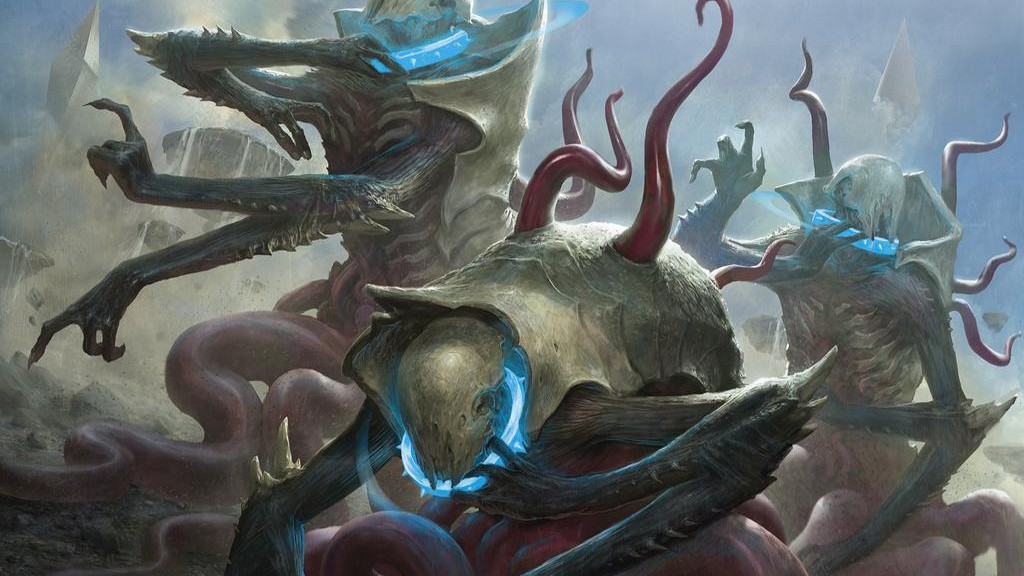 The new Commander set is almost here, and while there’s been a lot of talk about what might get reprinted, today I want to look at some cards that could be reprinted and take a big hit, financially. These are cards that trade well in EDH circles but represent limited quantities due to age or set, and I don’t want to be caught with these once their value goes down.

This is direct contrast to what I advocated last week, about the expensive cards holding their price when reprinted in an Event Deck or Clash Pack. The Commander precons have a larger printing than either of those.

Some examples of what I mean:

Caged Sun lost $2-$3 of its value, having been printed in Commander 2014. Chaos Warp lost about 30% of its value. Baleful Strix fell by more than half. I’m looking out for cards that have gotten significant constructed play, or are popular in casual formats, but have only been printed once or twice.

One interesting thing to note is that because the Commander decks are all non-foil, the foil versions of the cards I’m going to list are relatively safe, especially if they are in the pre-Mirrodin frame.

Bribery (currently $16) – This has two large printings, Mercadian Masques and 8th Edition. By modern standards, that’s a relatively small amount of cards and this is one of the premier cards to cast in Commander or Cube, making this a card I don’t want to keep. This would easily drop to below $10 and maybe as low as $5.

Black Market ($13) – You haven’t lived until you’ve had this in play for a couple of turns, watching things die and being so very thrilled about it. Much like Braid of Fire ($10) this hearkens back to when extra mana meant pain. With that rule no longer in effect, these cards have steadily climbed and would take a big hit, likely down to the $5 range.

Food Chain ($16) – There are now two creatures to go infinite with this card, Misthollow Griffin and Torrent Elemental. It’s seeing fringe Legacy play as well, and would likely go down by half or more if it was in the new Commander decks.

Phyrexian Altar ($17) – This enables all sorts of shenanigans but hasn’t seen a reprint ever. That’s kept the quantity incredibly low, and a reprint would easily drop this below $10, if not farther.

Aggravated Assault ($11) – There’s a lot of combos with this card. Bear Umbra is one but Savage Ventmaw is a new and spicy one to add to a mega-attacker deck. While there’s been a few cards for extra attacks, this is the most reusable one.

Gratuitous Violence ($5) – The usual use for this card is in pinger-style decks, like tapping Kamhal, Pit Fighter to do six damage. But use it with Heartless Hidetsugu and threaten the table with immediate and game-ending retribution.

Seedborn Muse ($12) – This has had three printings but none within the last eight years. It’s going to take a hit but the ability is so good that the price will eventually come back. This is also a strong candidate for banning in Commander, which would hurt the price as well.

Oblivion Stone ($32) – An inclusion in older Commander printings, it would fall by at least ten dollars, and maybe as much as twenty. It’s fantastic in all sorts of formats, so even if it isn’t reprinted now, it will be again.

Extraplanar Lens ($12) – I could not believe how much this has grown in price. What’s really silly is how people will play 20-30 snow-covered basics in order to give the benefit to just themselves, and that’s why snow lands have the price they do. Don’t forget this is card disadvantage, and only good in mono-colored decks. As such, a reprint would drop this to $2 or less.

Auriok Champion ($28) – It’s awesome in Soul Sisters decks, and there’s a very good chance that the black/white deck has a lifegain theme. A reprint here would drop it to $10 or less.

Staff of Domination ($26) – It spiked hard after being unbanned, but it’s only used in infinite-mana decks. I could easily see this dropping to $5, because only a few decks want this effect.

These are all due to b

e reprinted and will take a big hit when it happens. Champions of Kamigawa was a block that undersold, and that means there’s a lot of scarcity at work. There weren’t all that many copies of Minamo to start with, and they’ve all been snapped up over time. I singled out these five lands, but so much of this block is overpriced that really don’t want to be sitting on anything from this period.

Cloudstone Curio ($15) – It’s seeing some play in Elves decks, which really enjoy bouncing a creature over and over. The effect can be very powerful, even if it seems to only enable twenty-minute turns.

Rings of Brighthearth ($19) – This is such a narrow effect, but the decks that want it REALLY want it. There aren’t many, though, and a reprint would drop this by more than half.

Mana Reflection ($20) – I think this would come back to about this price if it were reprinted, but I’m mentioning it because it’ll take a hit. Eventually, it’ll come back, like Wurmcoil Engine has.

Regal Force ($15) – Green doesn’t have much card draw. Combine with the aforementioned Curio for maximum drawing.

Master of the Wild Hunt ($14) – Every time this isn’t reprinted, it goes up a dollar. The streak will end, and it will end hard.

Oracle of Mul Daya ($14) – This has the potential to rebound as well, though decks have Courser of Kruphix as well now.

Fauna Shaman ($13) – The ‘fixed’ Survival of the Fittest, this is just super-useful for not just tutoring but enabling graveyard plays. It’s five years old, though, and the supply is the only reason for the price.

Linvala, Keeper of Silence ($35) – She wasn’t in the FTV this summer, she’s avoided all reprint opportunities so far. Doesn’t change the fact that her low supply, moderate Modern play, and tribal appeal account for this price. She would easily lose half her value and likely more.

Nirkana Revenant ($17) – Doubling your mana is an effect that never loses appeal, and this comes with a built-in way to use all that extra mana. Rise of the Eldrazi is a set with great appeal and low quantity, so a reprint would hit the value hard.

Lighthouse Chronologist ($10) – The most expensive of the Level Up cards, we do so love to take extra turns. A reprint would hurt the price, down to six or seven dollars, but it might recover over time.

Asceticism ($7) – This would not recover. It’s a rare from five years ago, and it would be lucky to stay at $2 if it were in a Commander set.

Darksteel Plate ($7) – I’ve used this as an example for years of what casual appeal can do for a card’s price. This is everything you want, except maybe for hexproof. This is another card that would be hit into the $2 range.

We have Sheoldred as a prerelease promo, Elesh Norn was just in Modern Masters 2015, and the others haven’t gotten a second wind yet. They are all good at different things and will easily drop by half if the cycle was added to the set of decks. I especially enjoy how Urabrask is a way to stymie Splinter Twin combos.

I deliberately left off some uncommons and commons, because those are even harder to predict. But if there are other cards you want to mention, that’s what the comment section is for!