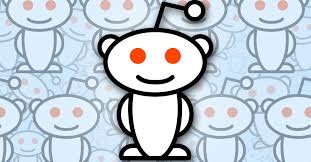 I really enjoy writing these personalized response threads, because I know for a fact that my content is helping at least a few specific people in particular with their questions about Magic finance. If you weren’t around to read the first two articles where I answered questions from Reddit, then feel free to do so. I mean, I’m not sure if the answers to those questions are still relevant two months later, but they should at least make for some decent reading material if you’re bored. Hopefully next week, I’ll be back with a more comprehensive article on collection buying, since that appears to be my niche among MTGPrice writers.

Griselbrand GP promo. It’s played in Legacy, modern and has a lot of casual appeal. It’s down to 13 and I think I can pick a number up for 11.

Worth buying into or wait a couple months yet? The regular foil is at 60.

I don’t think the promo Griselbrand is the best pickup you should be aiming for right now (unless you happen to need copies for personal play, in which case I don’t think you need to wait for it to drop any further). The supply on these is absolutely huge, and I think people often forget that these are still being given out! There will be over a thousand more copies added to the pool this weekend at GP Pittsburgh, and I don’t think the casual appeal on this is as high as you suggest, partially due to his “banned in Commander” status.

If you’re looking for safe Modern-legal investments, I would turn your attention towards Modern Masters 2015 cards that have been suppressed over the summer and fall, and will continue to dodge reprints through next year. We’re not opening anymore of that set, and we’re almost guaranteed to see cards like Remand that have hit an all-time low start to creep back up. I also wouldn’t hate you for picking up Fulminator Mage, Mox Opal, or Cryptic Command.

Question number two comes to us from A_Tattooed_Biker:

Expeditions lands have definitely settled down over the past month, although I don’t recall Mesa ever being at $70. If you’re someone looking for pure finanical gain, then you’re correct that I think these can only go up in the long term. However, that long term is, well, a very long term. I expect these to slowly creep up over years, not weeks or months. If you’re a player who is on the hunt for pieces to decks, then I can only recommend trading or selling them to help you play Magic.

If you’re looking to get into Modern, these two lands can help to put a decent dent in some of the higher-dollar cards that you probably don’t want to shell out pure cash for. The Foundry can turn into a set of regular Foundries plus $15 in other random goodies. The Mesa can split itself into two Mesas plus some other small stuff. There’s probably someone at your LGS who is hunting these down and has a fully stocked trade binder for you to go digging through that you normally wouldn’t have access to without these kinds of cards. If you care about trying to build a deck, I think these are your ticket to help with that. If you’re not planning on playing anytime soon, they should be considered reasonably stable holds.

Next up at bat is N1trobunny asking about the potential growth of sealed product:

I usually just lurk on r/mtgfinance[1] , so please forgive me if I’m asking a question that always comes up (a link would be nice too!)

I was thinking of snagging a couple boxes of Khans to hang onto, as I imagine they’d go up in value due to the fetch land content. Is this a realistic Idea, or would I be better off buying fetches and letting them go up?

Not to go too deep into the time machine, but one of my favorite articles that I wrote back on Brainstorm Brewery was about investing in Sealed product, and how it’s really not what it used to be. Return investment on boxes of RTR have been, well, lackluster to say the best, and that was three years ago. The TL;DR of the article is that other than novelty product like the  first-ever Commander set, I really don’t think we can expect the return on investment for fall- or spring-set booster boxes to be what it used to, like with Zendikar or Scars of Mirrodin. You’d be waiting three, maybe four years to get a return of 20, maybe 30, percent and then what? Selling them will be brutal with all of the shipping costs. I really think you’re better off looking into single card specs at that point, although not fetches. They’re currently too high from their ubiquity in Standard. If you’re looking for card specs that have the potential to span over several years, you can continue reading and we’ll get to that in just a bit.

If you’re looking to hold onto the boxes for three years and then have some booster drafts with your friends down the road for nostalgia, then my advice is a bit different. I’d tell you that you can find KTK boxes for around $85 on Massdrop. If you can’t wait patiently until the next drop becomes available, you can find a local judge who’s willing to sell you his box that he received for judging an event, or until you find a lucky deal on eBay or something. I wouldn’t feel like you have to run out and buy it right now is the point I’m trying to make here.

Lastly, we have a question on cheap cards to invest in that have the potential to show a lot of growth very suddenly, from dbchiu.

Okay, so maybe he wanted to know more about Pauper picks, but he didn’t ask that specifically in the question, did he? Eh, I’ll use any excuse to talk about bulk rare penny stocks. Instead of Pauper penny stocks that you may or may not have a hard time getting rid of to a large crowd, I love setting aside certain bulk rares that I pick up for a dime a piece. Eventually some of them pop, like Spoils of the Vault earlier this year. More recently, Kabira Evangel and his other ally friends from Zendikar gave me some pretty ridiculous percentage gains.

In terms of risk versus reward, I absolutely love cards that just have that sense of “this could be broken if the right card is printed.” At a dime each, you can’t really go wrong. The worst case scenario is buylisting back to a large vendor at a Grand Prix, or shipping them to someone like me who wants all of your bulk rares. 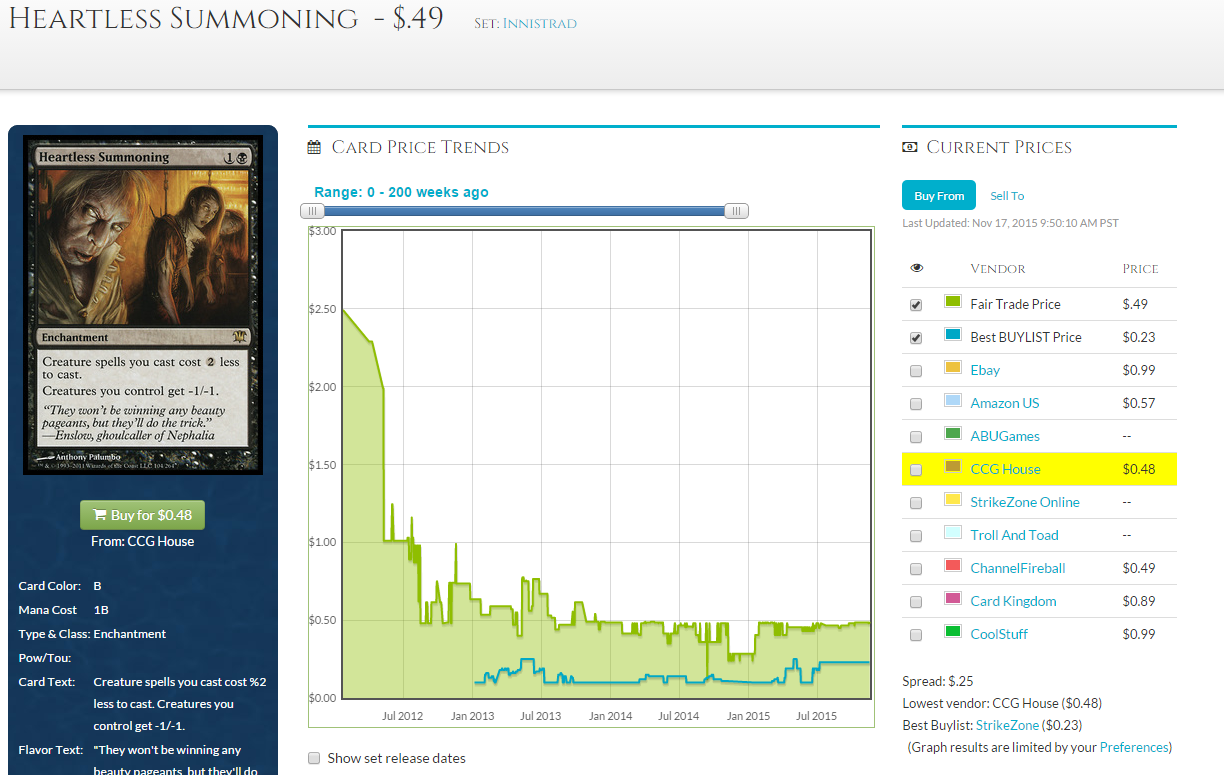 Okay, seriously. Someone has to break this eventually. It has so much potential, and just screams combo. 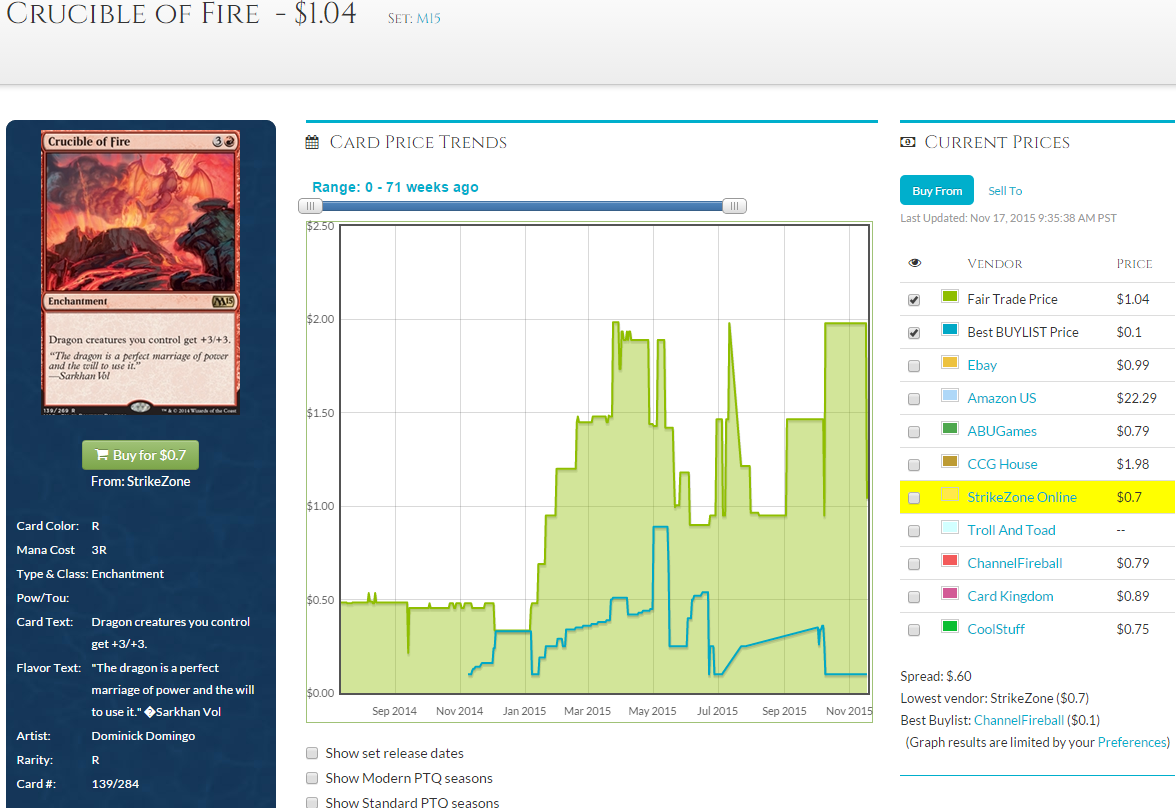 Once a proud $6 card, now reduced to a mere bulk rare. This one’s less of a “combotastic Modern sleeper” and more of a “non-competitive slow gainer over three years,” but I’d rather have 1,000 copies of this instead of a booster box of Khans of Tarkir any day. Even if I wait two years for a slow gain back up to being buylistable at 50 cents, I’m perfectly fine with that.

Normally this is where I give you some random small tid-bits of information that I realized at some point throughout the week, but I’m not sure I have anything today.

This coming weekend is Grand Prix Pittsburgh, and you might see me there. If I do decide to go, I promise I won’t write about it for next week. I’m trying to think of a topic focusing on collection buying that I can hone in on, so if you have any suggestions or requests, then I’d be glad to hear them! Hit me up on the Twitter or Facebook, or in the comments section. Have a great week!