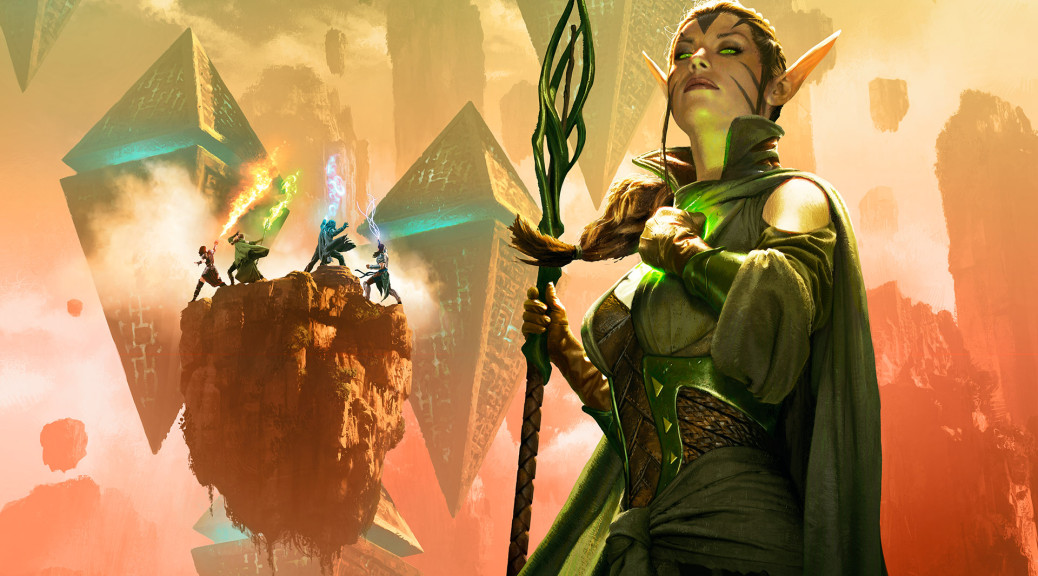 The stage is set for three days of amazing Magic: The Gathering duels. With the recent banning of both Splinter Twin and Summer Bloom, we are in position to experience a brand new meta-game with over a dozen viable archetypes. After weeks of secretive testing, the top Magic teams on the planet have gathered for another epic battle between top Magic: The Gathering pros from across the globe. Over $250,000 USD is up for grabs, with the winner taking home a hefty $40,000 after three days of intense competition in Atlanta, USA.

As you may recall the Pro Tour now features a mix of booster draft (Oath-Oath-BFZ) and constructed formats (Modern in this case) with 3 rounds of draft Friday morning, followed by 5 rounds of Standard starting around 1-2pm EST.

For the MTG Finance community, the question of the day is which decks will rise to dominance in the post-banning Modern field. At the last two StarCityGames Modern Classic tournaments the top 8 included a relatively predictable field of Infect, Burn , Tron, Affinity, Jund and Scapeshift and multiple instances of Merfolk but it remains to be seen whether any of the major pro teams have managed to hold back an especially spicy brew that could establish a position of dominance this weekend.

Could the plethora of new Eldrazi deck enablers from Oath of the Gatewatch take some version of that deck to the top tables on the back of overpowered mana acceleration? Will an underplayed deck from the previous metagame suddenly end up perfectly postioned? Will there be a chance to get in on a must-have card that shows early promise or will the hype train leave the bandwagon speculators out in the cold without buyers come Monday morning?

So far the Expedition lands in Oath of the Gatewatch have failed to suppress mythic and rare prices in that set to the extent that occured with Battle for Zendikar. We also have a Standard rotation on the horizon in April, so any cards from Khans of Tarkir/Fate Reforged may be slow to respond to camera time. Perhaps more opportunity lies with any remaining Modern staples that have so far failed to hit a spike during the January buying frenzy last month.

Many of the top teams have been in stealth mode for the last couple of weeks, furtively holed up in hotels and AirBnB pads, attempting to break a format open that has is as diverse and open as it’s ever been.

The early weeks of the new Modern format have demonstrated a fairly diverse set of Tier 1 strategies that have a chance to take the trophy this weekend: 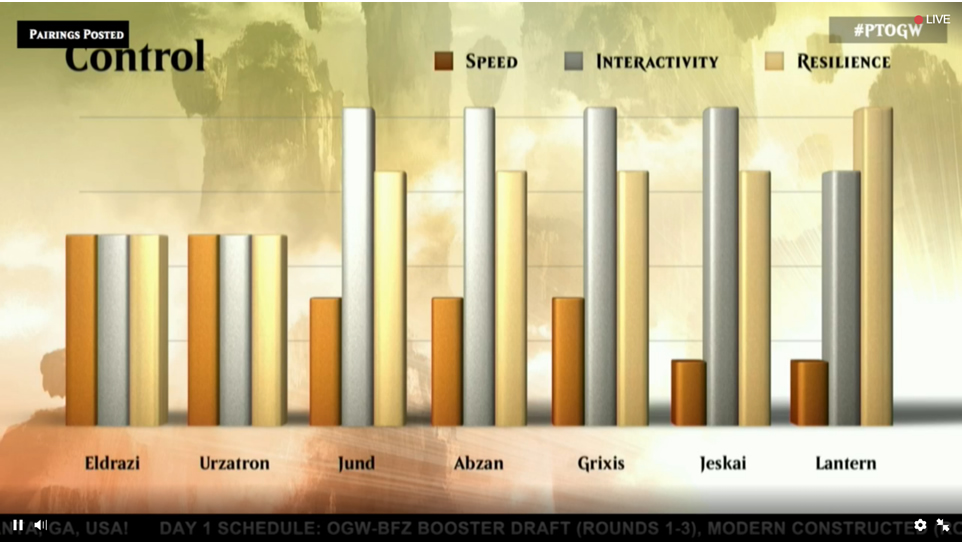 With all of the intensive team testing this week there’s also the distinct possibility that this weekend will mark the debut of a sweet new brew, with my bet being on either an Eldrazi Aggro strategy or an updated combo deck using new pieces from Oath of the Gatewatch. With the Modern rounds starting before most of us are home from work, the stage is set for first mover advantage if an unexpected deck jumps out to an early lead in the hands of a reliable pilot. Which deck are you rooting for?

With many Modern staples already having experience large price spikes in the last month, most of the speculation potential lies with relatively new or long shot Modern staples. Here are a few of the interesting cards on our radar this weekend:

Already on the receiving end of a spike this week, this single printing Infect 4-of from the deck that won the last major Modern tournament has relatively few copies available under $40. With a reprinting unlikely prior to Modern Masters 2017, there is definitely room for this card to top $50 on the strength of further Top 8 appearances. Noble Hiearch, a previously $80 card, could also be set for gains as a 4-of in Infect, with the MM2 foils being particularly low.

B/W Eldrazi had already proven to be a viable archetype in Modern before the release of Oath of the Gatewatch, largely on the back of the broken combo of Urborg, Tomb of Yawgmoth and Eye of Ugin allowing for the generation of the equivalent of four mana on the second turn. The downside to that strategy was a vulnerability to get stalled out before hitting Ulamog, the Ceaseless Hunger mana. Now however, the Eldrazi pilots have a plethora of options in the 2 to 5 casting cost range, including some incredibly efficiently creatures with built in card advantage. Will a new Eldrazi brew manage to take a top slot and prove the longevity of the archetype? Could Eye of Ugin be too good for the format? Let’s see how it all plays out.

Respect the Fish: Harbinger of the Tides

Merfolk has quietly been putting up big results all season in Modern despite being dismissed by many players as Tier 2. At the SCG Classic in Atlanta two weeks ago, Merfolk finished 2nd, 3rd and 12th, which is as close to dominant as any deck ever gets in Modern.

Meanwhile, Harbinger of the Tides has largely been untouched by the recent Modern spikes, despite being a constant 4-of in the deck. This resistance to price movement is likely sourced from a combination of price repression from Jace, Vryn’s Prodigy being the same set (Origins) and the fact that the card is limited to use in Merfolk alone, but a great result this weekend could finally mark this card as a Modern staple and result in solid price appreciation.

Side note: Keep an eye on Spreading Seas this weekend, as a key Merfolk common with a single printing, capable of demonstrating gains alongside Harbinger.

Once an underestimated $10 pre-order, Jace, Vryn’s Prodigy has now blown through the ceiling for a Standard legal mythic, spiking above $80 before falling back to $65 recently. An ever-present Standard staple and a card that sees play all the way back to vintage, Jace has largely been absent at the top tables of Modern other than in Grixis control builds championed by the likes of Patrick Chapin. At $90-100, foils are currently displaying a multiplier well below the usual 2x for a multi-format staple, but any significant camera time for this card at the biggest Modern tournament of the year could push the price tag up over $150.

Stay tuned for Round by Round MTGFinance coverage of Pro Tour: Oath of the Gatewatch all weekend!

Ben Stark’s opening hand includes Ajani Vengeant, Shambling Vent, Abbot of Keral Keep, Lightning Bolt and Path to Exile, showing off a brand new archtype. Both Abbot and Vent have big upside if they are further entrenched as Modern staples. After some back and forth Ben Stark takes Game 1 after a flurry of removal takes out Calcano’s threats. In Game 2, Calcano dies to his own double-draw off two Dark Confidants. Stark goes to 1-0.

Off camera, a Death’s Shadow apparently just double striked someone to death. Spicy!

We enter the match with the players matched at one game a piece.  Shota Yasooka has Thought-Knot Seer in after sideboarding, a first on camera for Affinity. Stony Silence comes down a few turns in and injures the aggression for Shota.

These players trade off a game a piece. Anafenza, Foremost combo takes Game 3 for Batlomie.

Off camera, a Mono Black Eldrazi list with 3x Pack Rat, and 4x Endbringer (!) just took match 1 and will be on camera next round. This underestimated Eldrazi is just $1 for foils at present, but has three versions in circulation holding it back.

These players take a game each, with LSV running 4x Endless One, 4x Eldrazi Mimic, 4x Thought-Knot Seer. TKS into Mimic into Endless One puts the match away quickly, and LSV takes it.

After Chalice of the Void shut down an opponent on Turn 1 out of Shuhei’s Eldrazi build, a spike is on for the card, along with several key Eldrazi pieces. Eldrazi on the move include Eldrazi Mimic and Endless One. Pack Rats have doubled in price on MTGO in the last hour.

Ben Stark is 5-0, having won 2 rounds with his Mardu Aggro/Control build.

Players trade a game a piece. Matter Reshaper on camera.

Death’s Shadow build back on camera in the hands of Martin Muller, featuring the namesake card as well as Temur Battle Rage, a card whose foils are still available at $3 despite showing up in numerous aggro Modern decks. Infect manages to steal Game 1 on an uber-pumped Dryad Arbor, slipping in non-poison damage with Muller’s shields down. Muller takes the match on the back of Death’s Shadow, Goblin Guide, Become Immense and Lightning Bolt.

Chung puts multiple copies of Pia & Kiran Nalaar into play and takes control of the match. Alex shows off the usefulness of Sea Gate Wreckage in colorless decks in Game 2. Chung manages to take Game 3 as well despite the repeated card draw from Alex.

The UR Eldrazi deck features Ruination Guide, Drowner of Hope, Eldrazi Skyspawner , Vile Aggregate and Eldrazi Obligator in multiples! The Abzan Company deck is running Liliana, Heretical Healer. Gavony Township ends up winning through a large board stall, and Lewandowski takes Game 1. In Game 2 a flurry of Vile Aggregates and Skyspawner beatings push the Abzan Company to the brink and beyond and the match is tied. Another board stall in Game 3 is broken up via the combination of Dismember and Vile Aggregate and UR Eldrazi goes to 8-0!!!

LSV claims that the Eldrazi deck may be the best Pro Tour deck since Caw-Blade.

Only Jiachen Tao (UR Eldrazi) and Jason Chung (Blue Moon) are 8-0 at end of Day 1! Martin Muller is 7-1 on Death’s Shadow. Lewandowski at 7-1 on Abzan Company. PVD at 7-1, alog with Frank Lepore, William Jensen, LSV (Eldrazi), Paul Cheon (Eldrazi) and Andrew Brown.

The stage is set for an exciting Day 2.