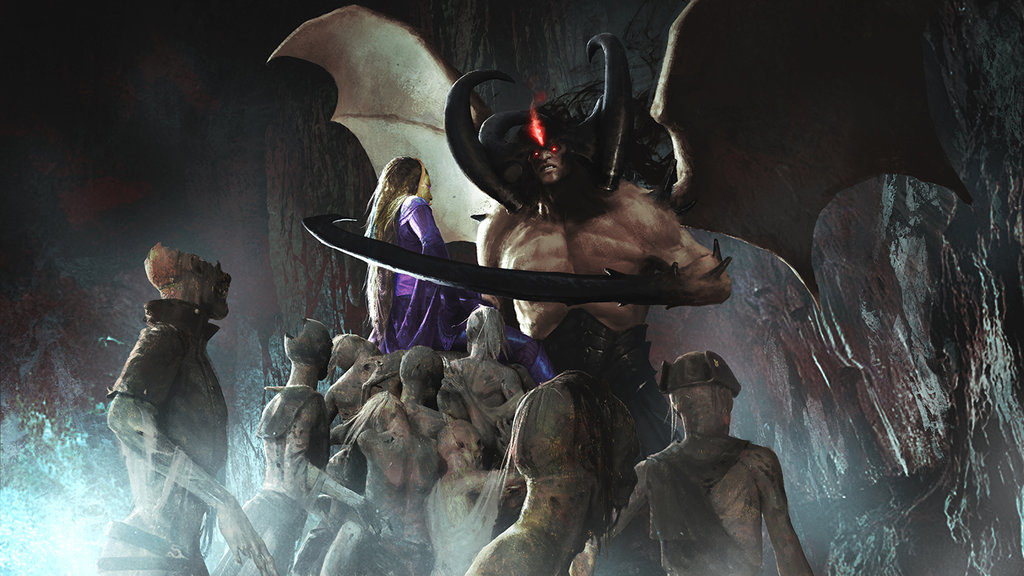 So I want to start out by once again recommending to everyone this same piece of advice:

No seriously, hear me out.  Let me tell you a story about what happened on Friday.  I woke up groggy and read my twitter feed with one eye open.  The other one wasn’t ready to get up.  I noticed that people were talking about the Pro Tour.  Apparently Jon Finkel had a feature match next.  I, like any fan of the game decided it was worth getting up for.  After trying to get up, I decided to settle for watching with one eye on my phone.  Twitch has done wonderful things for our community, don’t you think?  After I muted the casters, I began to piece together what Jon was doing.  Dark Petition for Seasons Past every turn seemed pretty sweet.  I remembered I had pre-ordered some Dark Petitions, you know like a year ago.  I also had drafted a large number of Seasons Past (Drafters at my LGS just really don’t like green).

A quick check showed that Dark Petition was $1.50 on Thursday.  At that moment, there were none available of either card on the major online retailers that I ordered cards from and just a tiny number of sellers left on TCG Player.  Naturally I listed my eight Dark Petitions for $8 each and Seasons Past for $12 each and they sold almost instantly.  Look at the prices today (when you’re reading this).

I’m fairly certain neither of those cards will be that expensive on aggregate retailers like eBay or TCG Player.  To put this into perspective, people were aggressively buying copies of these cards before Jon Finkel had even won his match, much less made the Top 8 of Pro Tour Shadows over Innistrad. 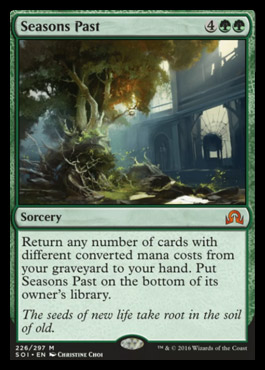 Weekend price spikes are a real thing and if you’re not “getting in” at the ground you are likely to become the greater fool.  Between the large number of canceled orders and overpaying orders you are so much better waiting until the following week.  After retailers have time to restock and resupply their websites, the price of cards will fall again.  In fact, if you wait another week you will likely be able to ride the flood of people that bought speculative copies to even cheaper prices (much closer to the pre-weekend spike).  In short, don’t buy cards during a Pro Tour.  The risk isn’t worth the potential savings.

If you haven’t heard, here, are the changes to the 2016/2017 Pro Tour season.  A large amount of money is being cut from Platinum Pro appearance fees and Hall of Fame appearance fees.  There is no doubt that Pro Tours are exceptionally expensive events to put on.  They showcase the best that new sets have to offer and often can revitalize some cards that had been collecting dust (looking at you Dark Petition).

Without drowning you in math and without accidentally falsely presenting any data, I will just say that the cuts are significant.  For players that can spend up to a week before a Pro Tour testing decks and the draft environment it will be a crushing defeat.  The money that was provided was not a sustainable source of income but definitely made it easier to take that week off of their regular jobs to be sure they provide the best deck for the Pro Tour.

The biggest problem with these changes are it lowers one of the biggest incentives to become a Platinum Pro.  Appearance fees were guaranteed money that were not tied to any particular finish.  That’s a big deal when Magic is still a game of variance.  Ultimately I’m not sure what the financial outlook from this is going to be but it is important to keep in the back of your mind as we move forward.

Modern Pro Tour is no more

Also announced in the article was that the Modern Pro Tour is no more.  In this article, Aaron Forsythe explains their future plans for Modern.  In order to dispel any myths, Modern won’t be dead.  They will still host Modern Grands Prix and the Modern PPTQ season.  Modern PPTQs will continue to qualify you for the first Pro Tour of the following year and be in the Summer.

So if you had any misconceptions about Modern’s demise, don’t worry.  I think we will continue to see Modern Masters sets every other year until they are found to be rotting on shelves.  I think the most financially important thing moving forward is that Modern banning and unbannings won’t be predicated on a  Pro Tour.  So rather than borderline obnoxious cards being banned right before a PT, we will likely see them scattered throughout the year.

I’m not entirely sure how long they will let a deck live that they determine to be “worthy of a ban” so it will likely lead to a lot of people holding their breath with each set release.  I’m not sure this is a good thing but we will have to wait to see how their tendencies change now.

If you’ve been following James Chillcott’s coverage of PT Shadows over Innistrad (part 1, part 2, part 3) you’ve noticed some trends but I’ll provide a summary of price increases this weekend.