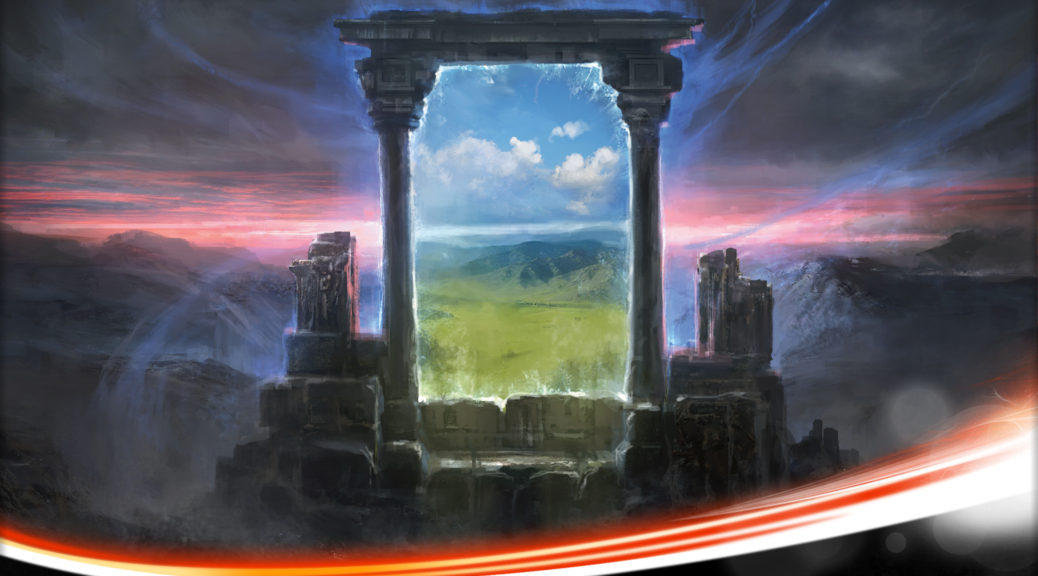 Okay, so today is the street release for Eldritch Moon, but we aren’t going to spend much time talking about that set. Instead, I want to talk about Kaladesh – or more accurately, the rotation accompanying it.

I can’t tell you how many times I was asked last week at FNM about “what’s rotating out”. Okay, so it was probably somewhere around four or five times, but still– that’s a lot of times to be asked the same question by a small crowd of people, especially when the answer is a pretty simple “nothing”. For whatever reason, the new (simplified!) rotation schedule has not yet trickled-down from the enfranchised players at the top to the lower-information players at the bottom1.

This really got me thinking however, and I think this is the best time to begin optimizing for the upcoming transition. One of the interesting, non-partisan elements of the current election is the discussion over how the transition will be made next January, even if the Democrats end up keeping the White House. It’s been compared to a new CEO taking the helm of a giant corporation, except that it’s unarguably even larger in scope. Both of the major parties have spent the last several months discussing how the protocol and procedure of such a move would take place; this isn’t as a means of political bluster, but as a way to avoid any costly hiccups or oversights. Stability and continuity is going to be the name of the game. Why should we approach Standard any differently?

I mentioned the non-rotating rare lands a couple of weeks back, and this is certainly the foundational level of looking ahead. Being able to actually cast your spells is pretty important, and even though both cycles are going to have a tough time breaking into Modern, it’s not crazy to think that either SoI’s or BFZ’s lands could be commonly played in full sets. The Shadows lands all have a full year left in Standard, so the appeal of buying in at roughly $2 each now seems like it could easily pay off at some point in the next twelve months. My favorites here are undoubtedly Fortified Village and Port Town (White is VERY strong right now, and surprisingly deep in terms of deckbuilding options), but it’s worth mentioning that the red ones feel at least somewhat artificially depressed- don’t forget that R won like 3 Pro Tours in a row and could easily win another in the next year.

Building off of the revolutionary concept that Lands are good in Magic, the next look is to finding dynamic, standalone threats. It you look at winning games from the “Top Down” perspective advocated by Pat Chapin, then look for the things that are going to win you games either in immediacy or in essence just by casting them. One of the first things on my list here is actually a new card, Elder Deep-Fiend. This card saw a pretty interesting bump during preorders, and is probably going to see a small price shrink in a month (unless it is literally half the top 16 or more of PT:EMN, which is possible). Right now, it’s like the 2015 Minnesota Vikings or 2016 Jacksonville Jaguars2, a darling among the pundits that is going to have to prove the larger pools of doubters that they are legit. Emrakul is in this conversation to a degree, but she is definitely priced too high at $15, and I’m happy to wait that slump out.

Ulamog at $12 is only slightly more appealing, but World Breaker at $5 seems like the smarter play. World Breaker in application seems to certainly do enough to get the job done, and in conjuction with Drownyard Temple is able to take over most situations. The deckbuilding costs with splashing green for World Breaker are not terrible, since two or the best creature lands (Hissing Quagmire and Lumbering Falls) are simultaneously in G and the two best control colors. Staying in green, Cryptolith Rite seems like a solid buy at just under $3, especially since it’s high water-mark was more than twice as much. Cryptolith Rite is going to be in Standard just as long as Westvale Abbey (a tricky call at ~$7, but a powerful and broad threat nonetheless), and the two cards certainly pair well together. The trick here is to look for things that are good on their own, without relying on potential synergies that may prove too hard to bet on with yet-to-be-known mechanics from future sets.

A big reason why this is so important to focus on now is because Eldritch Moon rares/mythics are currently all at inflated values. The potential to convert something like a Liliana, the Last Hope into twelve or thirteen Fortified Villages seems like a trade that won’t be possible in a few weeks. Gisela, the Broken Blade was one of my favorite cards coming out, but I’m not sure how long she can maintain $24 without having that crucial fourth point of toughness. Spell Queller, the fifth most expensive card as of me writing this, is over $12 and still just a rare — I expect that value to crater as the set gets opened en masse. Heck, even Ishkanah, Grafwidow is floating around $10, and that card’s best home is probably Gauntlet Legends: Dark Legacy3.

Decimator of Provinces has already seen a slide down to about $5, and even though I think it’s probably safe there for a while (unless the card proves to be literally useless immediately, which I don’t think is possible), I think more mythics will be joining it by slipping down a few bucks in the short term. Consequently, cards from most of the other sets in Standard (not just DTK and Origins, which are entering their senior year) have had a small dip in value, making this the best time to buy most of the cards from any set BESIDES EMN.

Speaking of Origins (kinda), the slow burn on Jace, Vryn’s Prodigy is incredible to me. I’ve officially started targeting them aggressively, and if they get much lower than their current $30, expect to see someone with the capital stage at least a partial buyout. This card plays perfectly with the environment of the next few months, and is a proven player in Standard AND the Eternal formats. Ask yourself this- is there any point in the next 5 years where I would rather have a Tamiyo and a Grim Flayer OVER a Jace? This price drop feels like what happened years ago with rotations, before players realized that good cards were good even after they left the marquee format.

What do you think? Which cards do you think are safe or appealing in three or six months? Which EMN rares are best to trade away now?

8 thoughts on “PROTRADER: The Next Big Move”