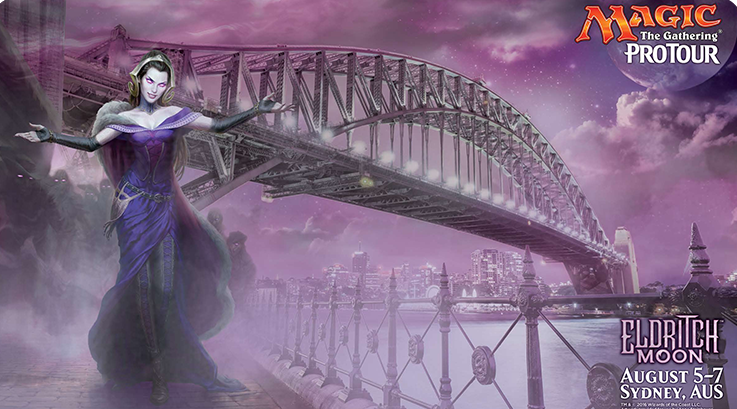 Down in the golden city of Sydney, Australia the world’s best Magic: The Gathering players are coming together once more to polish off the 2015-2016 Pro Tour season.   Now, after weeks of secretive testing, the top pro teams from around the world have gathered for another epic quest to take home the trophy. With over $250,000 USD on the line, and the winner taking home a hefty $40,000, players will be hard pressed to overcome the deep pool of talent. Coming out of the first couple of weeks on the SCG circuit, the pros are forced to either run Bant Company or find the solution that can beat it consistently enough to Top 8.  Other contenders include the consistently great G/W Tokens, B/W Angel Control and even the surprising G/U Crush of Tentacles deck from last week.