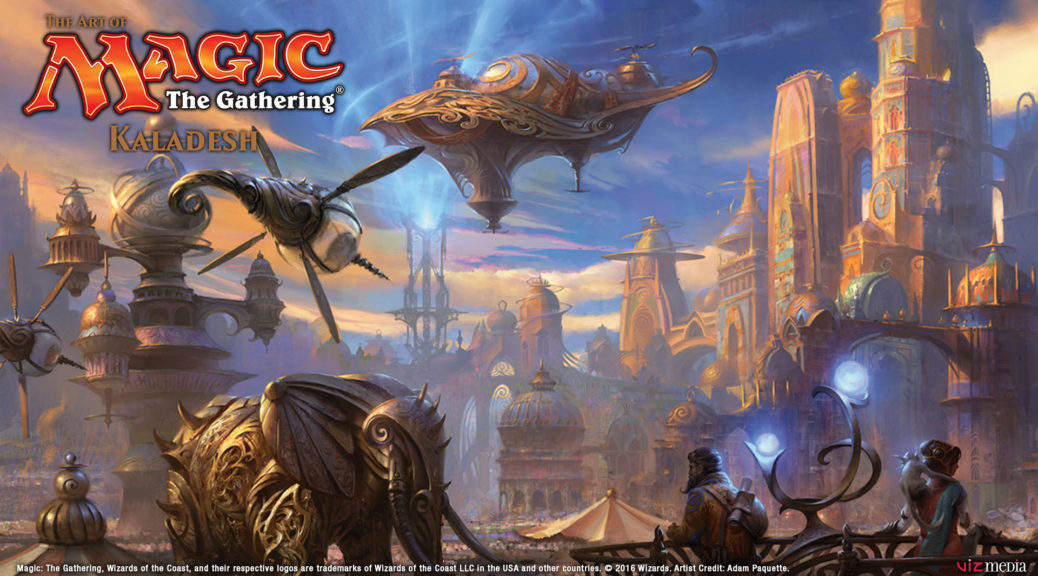 Right now, we know almost all of the mythics. As of this writing, there are still two to go, and I’ll add those in next week. It’s a curse, having the Friday article!

I’m going to go over these thirteen cards and give my predictions of what it’ll be when Aether Revolt is done in six months, when supply on these will be at their maximum.

Saheeli Rai – Preordering for $20 or so, and that sounds about right. She’s cheap at three mana, and we keep having to learn this lesson about three-drop planeswalkers. However, while I like what she does, I don’t think she keeps this price. She doesn’t defend herself at all, but is fantastic when you can keep her safe. She also requires a deck with artifacts in order for her ultimate to be good.

That being said, I have to add a caveat: red-blue artifact shenanigans made Dack Fayden good enough for Vintage play, so that’s on my radar. I freely admit that I don’t know enough about that format, but I do know that Commander demand alone will keep her price above $10, though not to $15.

Rashmi, Eternities Crafter – This is a crazy good card. At worst, she adds ‘reveal and draw a card’ to all spells. At best, she gives every spell cascade. I can’t wait to jam her into every Simic deck, and the card advantage she offers will keep her right between $5 and $10, though I suspect the foils are going to be quite pricey, likely $30+.

Skysovereign, Consul Flagship – A very powerful card, especially since you get the three damage on the first cast. It’s preordering for around $5, and I feel that’s a pretty stable price range. It might go down a buck or two, but it’ll see just enough play to keep this price.

Angel of Invention – I love an instant army, and it’s great to have the flexibility of counters or Servo tokens. This is also in the $5 range, and I actually think it’s going to creep upward in price a little as these are fantastic in multiples. I don’t think it’ll be breaking $10 though.

Metallurgic Summonings – Hang on to your hats, I think this is one of the most impactful cards in the set. It offers spell-heavy decks an incredibly powerful benefit. It’s five mana, meaning it might not make Legacy waves. It would be amazing with just the ‘gain some tokens’ ability, but it also offers the mega-Regrowth effect once you’ve cast enough spells! This is going to jump into lots of Commander decks, and the foil is going to be $20+ easily.

Demon of Dark Schemes – Fantastic card, but tough to cast and slow and grindy. The definition of an awesome Commander card, and one that will hold its $3 price pretty well.

Chandra, Torch of Defiance – There’s no doubt the card is flexible and incredibly powerful. What’s in doubt is this price tag. It’s preordering for fifty, even sixty dollars, and that’s too high. She’s going to have to prove herself in Modern and Legacy to have a prayer of holding that price, as she’s a big-set mythic. Liliana, the Last Hope is going to stay high as a small-set card, but Chandra is going to have a much greater supply. I think she’s going to drop significantly, and will be between $20-$25 when we are done with this block.

Nissa, Vital Force – Sure, she’s able to ultimate the turn after you play her, and that’s nice, but it doesn’t affect the board. Her plus ability does let you accelerate a turn of mana, and getting things back is nice, but she’s five mana. I think she’s going to follow a path like Sorin, Grim Nemesis, and drop a bit below ten bucks.

Cataclysmic Gearhulk – If your biggest problem is a swarm of creatures, this is amazing. If you’re dying to one big flier, this does nothing. It’s not a wrath, and don’t confuse it with one, because their best creature is staying. As a result, I don’t think this will see a lot of play, and drop into the $2 range.

Torrential Gearhulk – Snapcaster Mage is better, let’s get that out of the way. It’s relatively rare to have hugely expensive instants that need to be recast. Gather Specimens? This is a fun card, and can be built around for value, but I don’t think it’ll ever be unfairly powerful. Most likely scenario is blue-black, casting this to recast a removal spell. The quality of instants directly affects the quality of this card, and I expect this to drop to below $3.

Noxious Gearhulk – This is a great big awesome creature, catching you up on the board, gaining you life, and requiring two blockers. Really impressive, and something that is going to make people figure out how to do this and Eldrazi Displacer in the same deck. It’s preselling for about $6, and I don’t see that falling more than a buck or two.

Verdurous Gearhulk – Another great Displacer target, this is, at worst, five mana for an 8/8 trample. It’s preselling for a couple bucks more, but because it can’t do much on its own, I expect to see the price tumble significantly, landing below $5.

One thought on “The Mythics of Kaladesh”