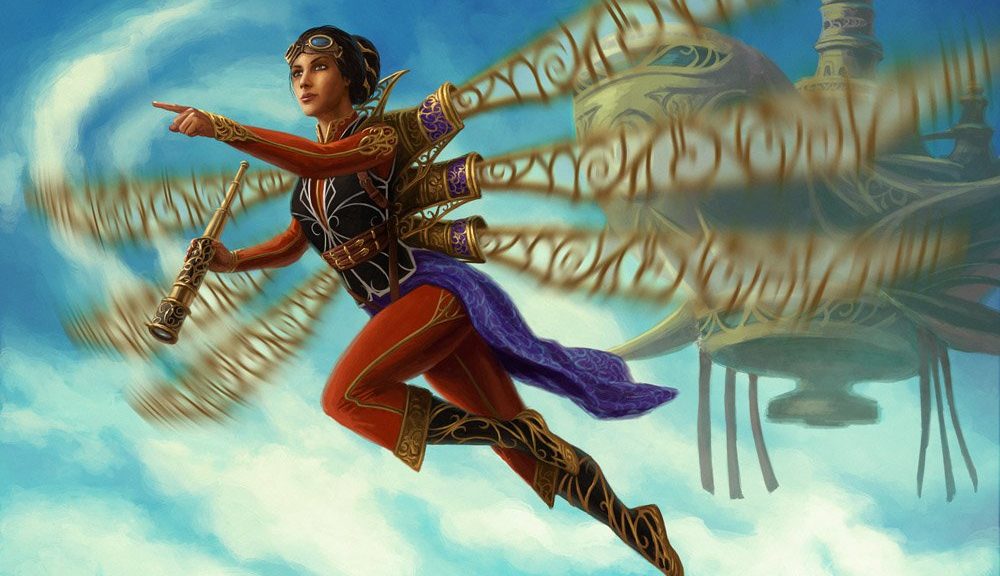 After last weekend’s dearth of meaningful events, this weekend brought a deluge: GP Denver, GP Madrid, and the SCG Invitational. That’s three Standard events and a Modern event to look across. The story of the weekend was certainly Aetherworks Marvel, but there’s some other exciting stuff going on beneath that as well, which is welcome news, since Standard has been looking grim lately.

I didn’t want to talk about the same card two weeks in a row. My goal was to look a little further out toward the horizon most weeks, and it’s hard to call this on the horizon any longer. Yet after such an explosive weekend, I don’t see how I can choose to ignore Marvel.

When we looked at Marvel last week the price was hovering around $4. It was still in that range Saturday afternoon, but by Sunday, the TCG low was up to $6. Upon waking up Monday morning, it was $7.50 to $8. I expect a great deal of that movement is players picking up copies for their own decks, rather than speculators gobbling up the low end, but I can’t be sure.

What started life as a “oh I wonder if Dredge will play that” type of card has become a sacred cow of a tier one Modern deck, and is also a star in more than one Standard strategy. Amalgam made top 8 of Denver in a UR Zombie Emerge list that never plans on hard casting it, and we saw it in the top 8 of Madrid in BR Zombies list that, amusingly enough, also never planned on hard casting the medium-sized engine that could.

As a staple in a single Modern deck and nothing more, $2 to $3 was a reasonable priced for Amalgam. If we begin to see it take firm hold in Standard, though, prices will react accordingly. Standard is always the biggest driver of rares, and without that demand, it’s unlikely that other constructed formats will push anything recent too high. Add in that Standard demand though, and you’ve now got the largest competitive format pushing a card’s price, while Modern is helping pull from the other side.

All things considered, double digits would be a real stretch for Amalgam. It’s not the only rare in the decks we see it in, in any format. That there are other reasonably valuable cards flanking Amalgam in each deck list means that it doesn’t get to be the star of the show as far as price tags go. Still, we could certainly see him climb into the high single digits as a key piece in multiple strategies across multiple formats.

This is one that I’m sure some number of readers are thrilled to see, and another group are upset about. On the one hand, it’s great that Panharmonicon, a certified Cool Card, is Standard-relevant enough to show up here. On the other hand, if you’re a savvy EDH investor and have been waiting for your chance to vacuum up cheap copies, this is far more attention than you’d like the card to garner.

Seth Manfield made the top 8 of Denver playing UW Panharmonicon, and a buddy playing the same thing wasn’t far behind. The strategy played some familiar Standard faces in the way of Reflector Mage, Eldrazi Displacer, and Smuggler’s Copter, but it also runs the much more exciting Skysovereign, Consul Flagship and, much to LSV’s delight, a full set of Cloudblazer. What madman wouldn’t enjoy playing this?

I especially like that there’s ironically not a lot of value in this deck right now, all things considered. It consists mostly of commons and uncommons, with nearly every other rare in the deck mentioned above. That sets up Panharmonicon (and Skysovereign, to a slightly lesser extent) to enjoy the spotlight moreso than if this was packed with mythics.

Of course, Standard is hardly Panharmonicon’s bread and butter. That’s clearly EDH, where playing creatures without ETB effects is akin to not bolting the bird — it may be the correct play, but you better have a damn good reason for it. That constant pressure from the 100 card crowd is what has kept Panharmonicon where it is, so any meaningful Standard demand is going to build on an already strong base. It’s tough for Standard to pull $.50 rares up to $3, but pulling a $3 rare to $7 or $10 is way more feasible.

Add to all of this that Panharmonicon’s price on MTGO has more than doubled since Friday in response to it’s showing at the GP weekend. That doesn’t mean the card is due for a spike, of course, but it means players took notice quickly and are eager to play a strategy that A. isn’t GB, UW, or Aetherworks, and B. looks like an EDH deck in Standard.