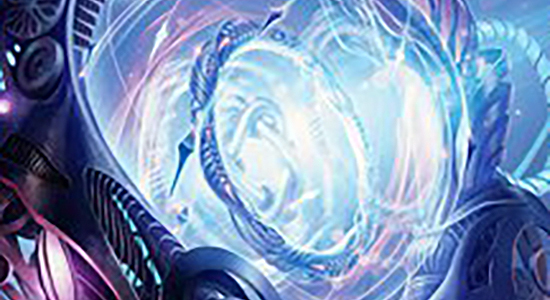 I’ve turned the corner on PucaTrade, admittedly because of my experience and not because of larger factors.  Five weeks ago, I was at 20,000 points and my bounties got picked up by random people, including an Invention for a 70% bounty.

I mentioned last week what changed: I decided to give up on the hustling of Discord or forums and such, and I started sending out a trade every two days.

I’m not going to offer the same huge bounty this time, but I am willing to send out the leftover cards from my Grand Prix sells box in oder to build up points again. I like using PucaTrade for low-level speculations, many of which are worth going after today.

To be clear: If the only way trades happen is for me to send trades, then it’s a race that can never be won. The site wants a constant churn, a flow of cards in and out. At this point, it’s not effective to build a stack of points up and then just wait. I have a high number of lower-value stuff that packages well, though, and I’m happy to build back up. I’m not going to try for the super-high-value cards, but I like Puca as a way to move cards that don’t otherwise have a good outlet.

Aether Revolt is out and getting opened and some prices are stabilizing, so let’s dive in!

Aether Revolt box – 14314 points – It’s worth mentioning that if you want to change actual dollars into Pucapoints, this is a very cost-effective method. Spending about $90 cash will get you about 1.5x that in points, and while some individual cards have a better ratio, this will happen pretty quickly and easily, and that’s before unofficial bounties come into play.

Heart of Kiran – 1538 – This is currently the most expensive card in the set, and that’s a little disheartening. This set overall is very low-value, which is actually really good for us. Cheap cards offer a lot of opportunities. This card SHOULD be very good. Two mana, 4/4 flying vigilance, is amazing. It’s got a Crew cost of 3, which makes it sort of bad in creature-based decks, but if you can afford the loyalty, it’s stunning. I can see this being good in a Planeswalker deck, alongside mass removal, but that deck hasn’t shown up…yet. I don’t like to pick up cards that are this expensive based on what could be, so for right now, this is a sell.

Walking Ballista – 1236 – We forgot that Hangarback Walker is a good card! It costs XX and can get bigger, and yet we totally forgot how good it can be. I think this is good enough and versatile enough to really shoot up in price sometime in the next 18 months, but I want to wait another couple of weeks before getting this. I’m hoping for the price to drop to about 1000 points, at the time Modern Masters 2017 comes out.

Tezzeret the Schemer – 1175 – He’s falling fast, and requires the right deck. That screams out sell him now, and that’s what I’m doing.

Herald of Anguish – 882 – I think this is a worse Demon of Dark Souls, and while it can cost less to cast, the immediate impact isn’t there. I expect to see this fall farther, and right now, I’m sending this out.

Ajani Unyielding – 838 – If you can get him in play, he’s game-breaking. He’s worthy in Commander too, and I think this is about the perfect price.

Paradox Engine – 811/1802/4949 – It’s an engine in search of a combo. Clearly it needs mana rocks/creature-based acceleration, but it’s going to be broken in some format. We saw several attempts at this when Jeskai Ascendancy was revealed, and this is copies 5-8 for the deck that wants such. I love the card, and I think the pack foil is gorgeous, but I’m just holding onto this now instead of buying or selling.

Rishkar, Peema Renegade – 651 – I’m a big, big fan of this card. It’s instantly one of the best cards in my Experiment Kraj Commander deck, turning all sorts of things into mana producers. I think that after rotation, the black-green decks will adjust and start casting Winding Constrictor into Rishkar, for a 4/5 attacker on turn three backed up by a 4/4, each of which taps for mana! I can’t deny the power, and I’m picking these up now.

Disallow – 650 – I don’t think this has legs for Standard, so I’m selling this now. I think Commander is keeping this afloat at this moment, so I’ll love getting this in a few weeks for 400 or less.

Metallic Mimic – 473 – What I love about this as a speculative card is that if a deck breaks this card, it’s going to be a four-of. It’s got to be in play early and before the broken cards land, and that deck isn’t here yet. I’m selling this until it gets to two or three hundred points.

Foil Mechanized Production – 1100 – Alternate win condition! This is several times the nonfoil price, and that screams ‘casual players love me!’ That’s a sound that I love to hear, because it tells me what I should be paying attention to. This is another card looking to be broken, and I’ve got this on my want list at this price.

Spire of Industry – 364/851 – I love these foils especially. This seems like an auto-in for artifact-based decks, and it’s got excellent potential in Standard right now too. Seems like an easy pick to be 700-1000 points in six months. Both are on my want list now.

Lifecrafter’s Bestiary – 144/400 – I can’t believe these foils are this cheap, and this is the easiest pick this week for me. Have you played with this? Against it? It’s going to be a top-five Commander staple before you know it, and I want all copies right now. Foils especially, but nonfoils for 100 or so points is a fantastic deal. Grab all you can, keep them in great condition, and thank me later.

Whir of Invention – 139/467 – I like getting these cheap right now. I’d love picking this up for even less, especially foils, but if you like open-ended cards, this is your cup of tea. I like getting a stack of these right now, and I am indeed trading for them.

Winding Constrictor – 108/1201 – I love everything about this card, and the foil price is not a surprise to me in any way. I spent the weekend chanting ‘Kill the snake!’ in Limited play and it’s an amazing Commander card. I wouldn’t be surprised if it made Standard waves either, or was an FNM promo sometime soon. I don’t see any prices spiking, but I like having the foils for long-term stability.