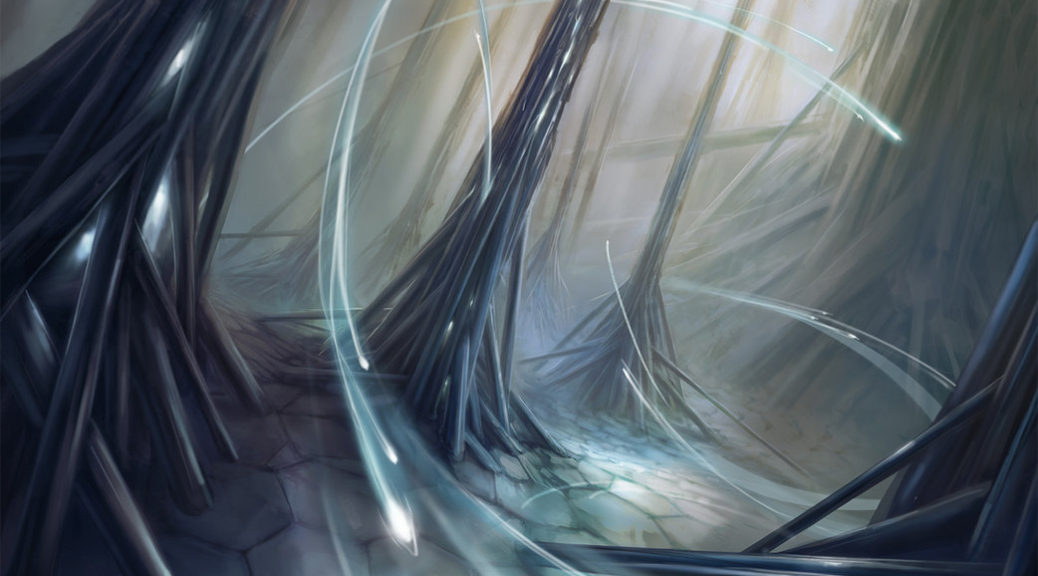 First thing’s first: Congratulations to Ryan Hare, the winner of GP Pittsburgh. Ryan is a local from our group here in Buffalo that also includes a recent GP Pittsburgh winner, Alex Bianchi. Pittsburgh is a good city for Buffalo, it would seem. Ryan is one of the hardest working Magic players I know, and he deserved the success.

I have to say, Ryan’s victory isn’t the only thing that I enjoyed here. Last week I said that I didn’t expect Mardu to continue its rampage across Standard, and that Saheeli and GB decks would rise to the top again. I’ve especially liked GB for awhile, with Rishkar, Peema Renegade on my list last week, Glint-Sleeve Siphoner two weeks ago, and other staples in weeks past. In fact, I started my list this week with Rishkar at the top, until I checked last week’s article and realized I had already written about it. At this point I’m not sure what card in GB to point to. There’s room for all of the staples to grow 10 to 30 percent, like Walking Ballista, but I can hardly tell you that it’s wise to buy copies. Personal copies, perhaps. There aren’t any GB cards in my things I’m keeping an eye on this week, since I’ve covered the best ones, but keep in mind that everything in the deck is ripe for growth.

There’s no Standard cards this week because it’s not clear where to go from here. GB had an excellent weekend after a solid second-place finish at the Pro Tour, Mardu Vehicles fell dramatically in popularity, so there’s nothing there I’m comfortable pushing, and Saheeli prices are still high enough on the few rares and mythics it does run that there’s no incentive to invest. Instead, we’ll be thinking about Modern, since Modern Masters 2017 is just over four weeks away, which means spoilers are coming soon.

Inkmoth Nexus is a major player in Modern, functioning as a key component of both Infect and Affinity. It’s also popular in the considerably-less important Legacy landscape, and pops up in off-the-radar brews and casual decks as well. Inkmoth has been a constructed staple for years now, and the price has risen to $20 to reflect that. As recognition of such, there’s an Inkmoth Nexus RPTQ promo coming later this year, though that news comes by way of a leaked photo, not an official announcement.

Let me be perfectly clear: I have no idea if Inkmoth Nexus is in MM3. It may or may not be. Betting money against Wizards’ actions is a great way to hose yourself unnecessarily. As such, I’m not advocating Inkmoth Nexus as an investment today, rather, if it isn’t included in the set, I wouldn’t be surprised to see prices move as a reaction.

Move in what capacity? Well I’d say $40+ is a reasonable price tag if this doesn’t show up in Modern. That may sound high, but we’re talking about a critical 4x in two top Modern decks, with no shortage of additional demand, that only had a single full-scale printing in Mirrodin Besieged. It was in an event deck at the time, supply which is fully baked into the price today, and an upcoming RPTQ promo, which will do almost nothing to the global inventory. Grove of the Burnwillows is $40, far below its previous peak. Horizon Canopy is $60. Cavern of Souls is $50. Lands that are important in Modern can be quite expensive.

Supply on TCGPlayer is highish, with more than a page’s worth of available copies, but take note that there’s only a handful of playsets before you’re at $25, and then $30 isn’t too far off. It won’t take many people finally deciding to buy in since it seems safe to drive numbers wild.

Like Inkmoth Nexus, Ad Nauseam is a “if it doesn’t show up” pick. Both will get slaughtered if they’re reprinted in MM3; that goes without saying. We’re interested in figuring out what will react if it isn’t in MM3, and Ad Nauseam is a good one to keep an eye on.

The eponymous card of a long standing combo deck in Modern, Ad Nauseam has less overall demand than Inkmoth Nexus. It’s really only played in one Modern deck, but it’s a good one, and shows up in top eights fairly regularly. It does also show up in Legacy, but uh, who cares.

As for the deck itself, it’s a solid turn 3.5 strategy. The last few months it has seen a decrease in play as the format sped up, with Infect and Dredge putting intense clocks on the format, though the recent banning of Gitaxian Probe is slowing things down. Modern has been more forgiving to a wider range of strategies as a result.

Supply is on the lower side for Ad Nauseam, with less than a page of NM copies available. Without a reprint in MM3, it wouldn’t take long at all for supply to empty. Living End used to cost $15, and that’s a card without any more application potential than Ad Naus, so I see no reason why it couldn’t climb to the same point.

Worth keeping in mind as well that Lotus Bloom is in a similar situation with regards to current playability. The inventory on that guy is higher, with both its original TSP printing and also MMA, but at the same time it has wider-reaching applications with Reshape floating around, as well as the new Chord of Calling for artifacts, which would allow you to go from three mana to six or seven the following turn.